French pilots will train with American counterparts in Hampton Roads 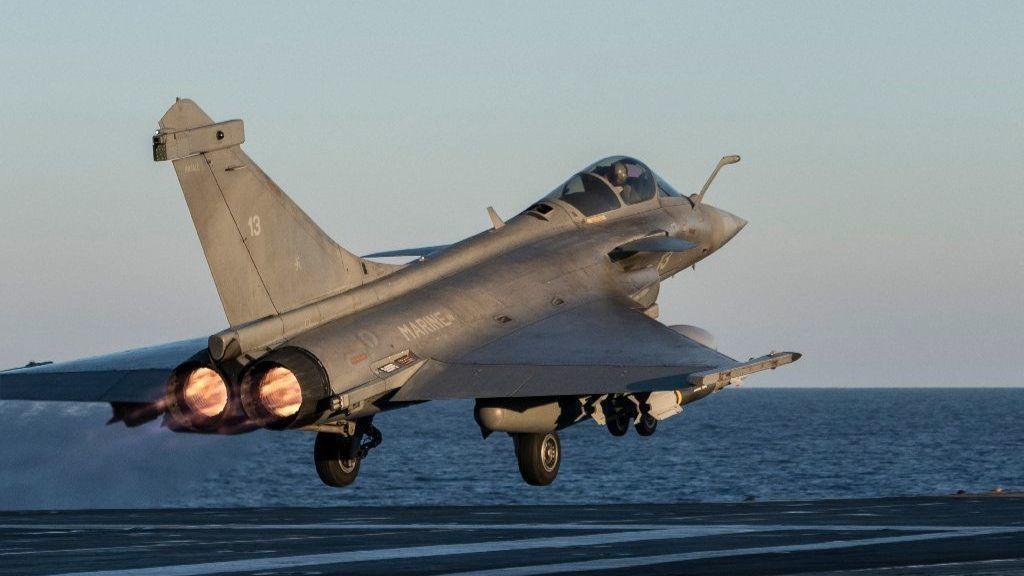 Residents of South Hampton Roads are accustomed to seeing fighter jets streak across the sky, but their discerning eyes might notice something new come April.

About 350 French Navy aviators and support crews are coming to Hampton Roads to sharpen their skills during several weeks of training, the Navy announced Tuesday.

The French pilots fly the Marine Nationale Rafale-M. The single-seat, delta-wing aircraft is designed and built by Dassault Aviation. A multi-purpose fighter, it can carry a wide range of weapons.

Following their land-based exercises, the French will move to the aircraft carrier USS George H.W. Bush for about two weeks of day and night flight operations. The training will be conducted onboard the Bush because France’s only aircraft carrier, Charles De Gaulle, is undergoing a mid-life overhaul, the Navy said.

Both U.S. and French carriers have similar catapult and arresting-gear systems.

American personnel from Carrier Air Wing Eight will host their French counterparts. All told, the French will be training here from early April to mid-May.

The French will bring 12 Rafales and one E-2C Hawkeye command-and-control aircraft. Capt. Sean Bailey, the Bush’s commanding officer, said the experience will go beyond allowing French pilots and maintainers to hone their skills. It will show how the two countries can fight together.

The carrier-based training “demonstrates our interoperability to deliver sustained air power from the sea,” Bailey said. “This underway is greater than two professional navies working together; rather we are flying side by side as one team.”

French Rear Adm. Guillaume Goutay, force commander of French Naval Aviation, said in the release that he was “grateful for this token of trust and for the support afforded to this deployment of unprecedented scale.”