If any of this has shaken Zhao, he’s certainly not showing it. When news of the Japan warning emerged last week, he responded by sharing a Chinese proverb with his more than 139,000 Twitter followers: “New (often better) opportunities always emerge during times of change.” In a series of interviews with Bloomberg News over the past two months, Zhao has described regulation as a risk for Binance but said that he wants to work with authorities. He also made it clear that he’s as optimistic as he’s ever been about cryptocurrencies.

“I’m convinced 100 per cent that crypto is the future,” said Zhao, who is the single largest shareholder in Binance and makes all the company’s key decisions. “I just know it will happen.”

Some observers are less sanguine.

“It’s a regulatory minefield out there right now,” said Thomas Glucksmann, head of Asia-Pacific business development at Hong Kong-based crypto exchange Gatecoin Ltd. “Less than a handful of jurisdictions are welcoming crypto businesses and even fewer have very clear rules and guidelines for crypto exchanges.”

Binance, whose online platform allows users from almost anywhere in the world to bet on the direction of hundreds of cryptocurrency trading pairs, has several of the attributes that regulators worry about most.

For starters, the exchange’s “know-your-customer” policies are some of the industry’s least rigorous. Users need only an email address to open Binance trading accounts with daily withdrawal limits equivalent to two Bitcoins (around $20,000), providing a level of anonymity that makes it difficult to deter everything from money laundering to market manipulation.

Binance’s support of initial coin offerings, which fund blockchain startups, is another source of concern. Many of the more than 100 coins listed on the exchange have security-like characteristics, but lack the disclosure requirements and investor protections that one would expect to find on a regulated venue like the New York Stock Exchange. One of the most-traded coins on Binance’s platform is Tether, whose creator has been subpoenaed by the US Commodity Futures Trading Commission amid questions over the veracity of claims that the token is fully backed by dollars.

Binance’s marketing tactics have also raised eyebrows. Some of its most popular promotions have included a Lamborghini giveaway and a commission-sharing referral program that Lex Sokolin, a partner at Autonomous Research in London, says may in effect be turning Binance users into unlicensed securities brokers.

“Binance lacks regulation and transparency,” said David Shin, president of the Singapore-based Asia Fintech Society. “It’s like a van stopped in front of an office building selling coffee while the legit coffee shops on the street suffer.”

Zhao said the exchange’s client identification policies are similar to those of some US-based venues and that Binance takes a venture capital-like approach to evaluating the coins it lists, favoring those that are backed by teams with a track record and real products. He also asks issuers to provide Binance with a legal opinion that the coins aren’t securities.

At the same time, Zhao readily admits that Binance wants to minimise government oversight. “We’re OK to do things very creatively to avoid unnecessary regulation,” he said in a January interview.

Zhao keeps the locations of Binance’s offices and servers secret – making it tough to determine which country has jurisdiction over the company – and he instructs employees to keep quiet about their affiliation with the exchange on social media. He said he never stays in one place for too long, living out of short-term rentals and hotels in Singapore, Taiwan and Hong Kong (where he prefers the Mandarin Oriental or the Ritz-Carlton). 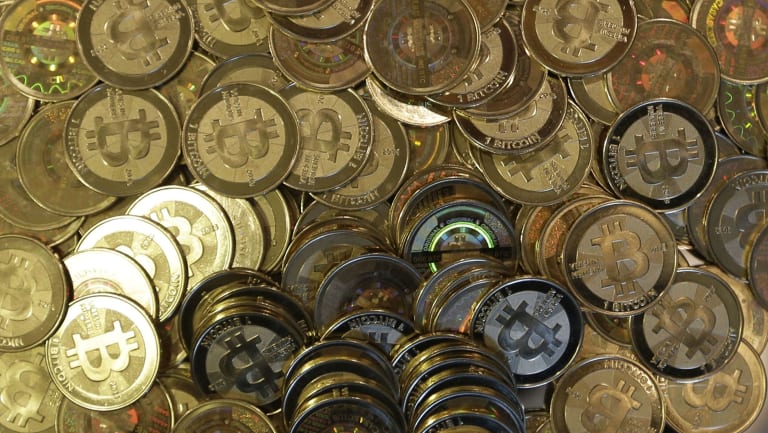 He has also kept Binance insulated from the traditional financial system and all the regulatory requirements that come with it. The exchange only handles trades between cryptocurrencies, meaning clients can swap one token for another but not for a fiat currency like the dollar or the euro. Instead of a bank account, Binance uses other exchanges that facilitate crypto-to-traditional currency transfers when it needs to send cash to employees or vendors.

Zhao has declined Bloomberg News requests to provide proof of his personal wealth, grant access to Binance’s offices and share the company’s financial statements. While the exchange’s reported turnover was ranked No. 1 in the world during the past 24 hours by Coinmarketcap.com, a cryptocurrency data aggregator, Binance has no regulator to audit its volume statistics.

The exchange’s unconventional approach has attracted criticism, but Binance also has plenty of fans. Its trading systems are seen as among the most reliable in the digital-asset world and its baseline transaction fee of 0.1 per cent is lower than most competitors. The venue has yet to suffer a major cyber theft, despite being targeted by what it described as an unsuccessful “large-scale phishing and stealing attempt” in early March.

As for the lack of government oversight, it’s actually a plus for some Binance users who gravitated to cryptocurrencies because of their potential to upend the financial and regulatory status quo.

“The less regulation, the better,” said Zachary Ising, a 24-year-old graduate student at California University of Pennsylvania who relies on virtual currency trading for all his income and has a majority of his assets in a Binance account. “I’m confident in Binance’s ability to secure its own platform.”

In both his public statements and private conversations, Zhao comes across as focused on serving the needs of Binance’s eight million users and creating a world-class trading platform. The former high school volleyball star, who emigrated to Canada from China with his parents just a few months after the brutal crackdown on protesters in Beijing’s Tiananmen Square in 1989, was a relatively early believer in virtual currencies and has become increasingly dedicated to the cause over the past five years.

He said he began his crypto career in 2013 at blockchain.info, a digital wallet provider, after studying computer engineering in college and spending several years developing trading systems for companies including Bloomberg, the parent of Bloomberg News. By 2014, Zhao was so confident in the outlook for cryptocurrencies that he sold his apartment in Shanghai for the equivalent of $US1.1 million and put all his proceeds into Bitcoin.

He started Binance in July 2017, opening the exchange 11 days after raising $US15 million in an initial coin offering. The platform proved popular with users almost immediately, and by the time the crypto frenzy peaked a few months ago, it was hosting as much as $US11 billion of trades a day.

Zhao, who goes by CZ, has handled his success differently than the stereotypical Bitcoin Bro. He’s older than most of his peers, and has no interest in the status symbols of the crypto-world’s nouveau riche (the Lamborghini giveaway was the brainchild of Binance’s marketing chief). Other than luxury hotels and business class flights, Zhao said he has little use for his fortune. He doesn’t own a car or a house, and mostly wears Binance-branded t-shirts and hoodies. He has few interests outside cryptocurrencies.

“I don’t really stop thinking about Binance,” he said over dinner in Hong Kong in January, excusing himself at one point during the meal to interview a job candidate.

Zhao’s reputation has been strong enough to earn at least one government’s endorsement. On March 23 the Prime Minister of Malta, which is trying to position itself as a cryptocurrency and blockchain hub for the European Union, welcomed the exchange via Twitter after Bloomberg News reported that Binance was planning to set up operations on the island nation.

Zhao, who has consulted Malta’s government on cryptocurrency legislation, said in an interview that he’ll soon set up a “fiat-to-crypto” trading platform in the country and that he’s close to securing a relationship with local banks.

That could prove to be an important milestone for Binance, but it’s unlikely to shield the company from growing regulatory scrutiny in the world’s biggest virtual currency hubs.

In Japan, authorities are getting tougher on supervision after Coincheck, a Tokyo-based trading platform, lost about $US500 million of assets to hackers in January. This month’s warning letter to Binance prohibits it from servicing Japanese users and has probably dented Zhao’s chances of securing a license in the country.

Korean officials, meanwhile, have tightened know-your-customer regulations for cryptocurrencies in recent months and are developing a broad set of rules for the industry that could make it harder for venues like Binance to offer their services. In the US, the Securities and Exchange Commission is scrutinizing everything from trading venues to ICOs and cryptocurrency hedge funds.

Worries over a clampdown have weighed on volumes and dragged Bitcoin below $US8,000 this week from nearly $US20,000 in December. Turnover on Binance over the past 24 hours was about $US1.5 billion, according to Coinmarketcap.com, down more than 80 percent from its peak.

Exchange operators “can’t escape” increased regulation, said Vijay Ayyar, the Singapore-based head of business development at Luno, a cryptocurrency platform. “The sort of trading activity we’re seeing in this space is starting to be quite serious. Most countries realize they can’t turn a blind eye.”

Zhao’s run-ins with authorities, in other words, may just be getting started.