Blockchain in Israel: A diamond in the rough?

Bitcoin, the digital asset that facilitates online transactions, may be going through some growing pains recently. Its value has halved since its peak in December. Banks and legislators refuse to recognize it as a currency. It is the target of hacker groups and hostile governments. But nonetheless, industry insiders still see it, and the blockchain technology its built on, as an essential tool going forward.

Israel is currently looking to develop its own cryptocurrency, essentially virtual blocks of code representing monetary value, like bitcoin. The country is one of the battlegrounds in the development of cryptocurrencies, setting precedent on issues of finance, law and banking, the pillars of a nation’s economy.

But the growing acceptance of cryptocurrencies and blockchain, a type of virtual ledger that records the digital history of every individual ‘coin,’ is nevertheless hampered by the fact that banks and governments haven’t quite found a way to regulate the asset.

Still, cryptocurrencies have caught the eye of key influencers in Israel. Prime Minister Benjamin Netanyahu commented on the rise of Bitcoin in December, and was rather bullish on the blockchain technology, viewing it as a decentralized, efficient alternative to traditional banks.

“Is the fate of banks that they will eventually disappear? Yes. The answer is Yes. Does it need to happen tomorrow? And do we need to do it through Bitcoin? That’s a question mark,” Netanyahu said. 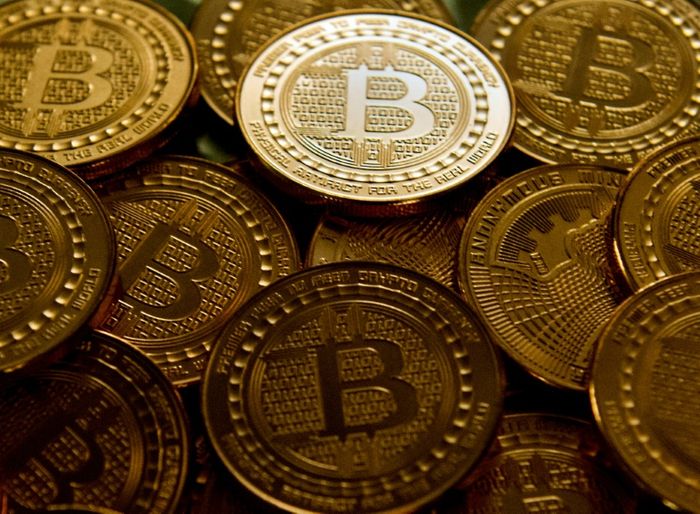 He did, however, express skepticism towards to Bitcoin’s future, saying, “there’s nothing like this, that will continue rising at this rate. It can’t happen.”

Netanyahu might have a point. The rush to obtain this cryptocurrency has become a type of digital gold rush. Speculators pumped the price of cryptocurrencies, specifically bitcoin, to astronomical levels.

On December 17th of last year, a rush of hype drove the price of Bitcoin up to an astounding $19,783 per coin. Since then, the value has been more than halved, raising fears that this is simply another speculation bubble.

“Right now, to give the average person perspective, it’s where the internet was circa 1997, 1998. That’s where we are with cryptocurrencies,” Lowinger told i24NEWS.

However, there is a large potential to the technology, which makes it very difficult to ignore.

“As much as you use email today, or a smartphone, or any of these other, what I would call, ‘basic technologies’ to our lives, that’s what blockchain is going to become. Just like people have bank accounts and brokerage accounts, almost everyone will have a crypto-wallet in the near future, and it is a very big problem for banks,” Lowinger predicts.

In certain ways, the term ‘cryptocurrency’ is a misnomer. Right now, cryptocurrencies, such as Bitcoin, Ethereum and XRP, are not considered to be currencies by American and Israeli tax law, but assets, making it more expensive to convert to cash. 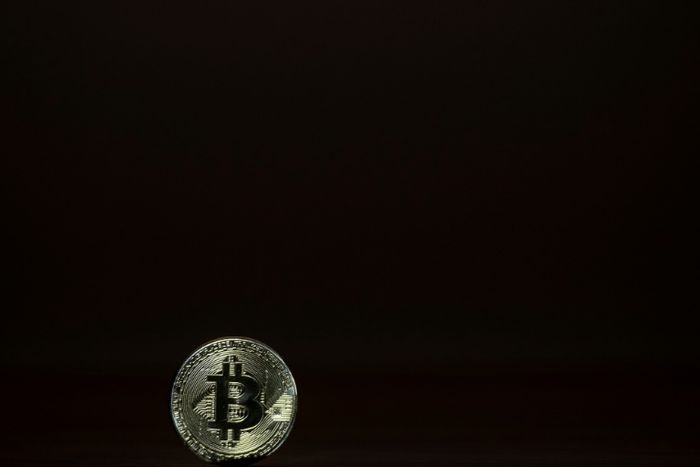 This can lead to problems when it comes to government taxation. “First of all, there is a taxation issue, because if it is an asset, it’s 25 percent tax; if it’s a business, it’s 50 percent; and the main problem to liquidate the money is the banks,” Hagi Elmekiesse, an international taxation specialist, told i24NEWS.

“They’re not accepting money if the source is coming from a cryptocurrency. Many, many banks refuse to receive the money.”

This is, in part, because Bitcoin and other similar types of cryptocurrencies represent an existential economic threat to banks.

“Bitcoin doesn’t need any bank. The whole idea is there is not a central place like a bank,” Elmekiesse said. “If you have alternative currencies like bitcoin, and it will be easy [to use] in the next [few] years, why do you need to use dollars or euros?”

In fact, Israel is one of a handful of countries such as China, Japan and Sweden, who are developing state-backed cryptocurrencies. Japan is looking to create a digital currency—the J-coin—by the start of the 2020 Tokyo Summer Olympics.

For Israel, a virtual currency could allow the government a mechanism by which to regulate and control the flow of cryptocurrencies, which might help the mainstream acceptance of the asset, even if it somewhat undercuts its original libertarian ethos.

Bitcoin and other cryptocurrencies were, initially, used on the dark web, a part of the internet accessible only through specific programs. Here, cryptocurrency could be exchanged for things like illegal weapons, illicit drugs or stolen credit card information. Given its history, the skepticism surrounding cryptocurrencies isn’t surprising.

One of the issues with a cryptocurrency is that it is not backed by any commodity, meaning that its value is essentially derived off of faith in that asset. 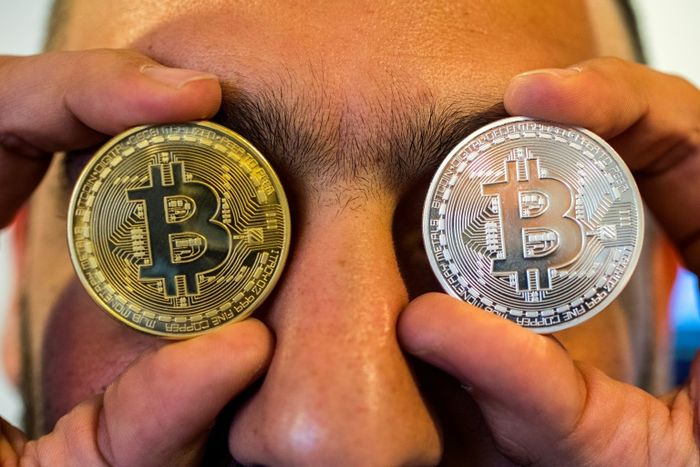 But Israeli businesses have been working on innovative answers to alleviate the problem. The Israeli Diamond Exchange is coming out with two sets of cryptocurrencies: the Cut, a type of digital wallet that allows vendors the ability to verify virtual transactions, and Carat, a more traditional currency that could be used by investors and the general public.

“One of the main issues with cryptocurrencies is that people are afraid to invest because of what they see with bitcoin. It goes up, it goes down, but ours will be very stable, it will be backed by diamonds, it will be the only cryptocurrency with a backup of real diamonds,” Eli Avidar, the Managing Director of the Israel Diamond Exchange, told i24NEWS.

This move helps keep the Israeli Diamond Exchange relevant. It was recently announced that the diamond exchange is partnering up with the Chinese e-commerce giant Alibaba, allowing it to tap into Alibaba’s $547 billion retail marketplace.

However, with so much money hanging around the digital marketplace, cryptocurrencies have served as targets for international criminals and hackers.

Tales from the Crypt

In January, $534 million worth of a cryptocurrency called NEM was stolen from an exchange in Tokyo by exploiting lax security standards in the system.

One of the most persistent problems that will arise with cryptocurrencies in the future is security. “None of them are secure, that’s the problem,” Vadim Toptunov, the Chief Information Officer at the cybersecurity company Cryptosec, told i24NEWS.

“They are claiming that they think they are secure, but they are vulnerable in various aspects, in various vectors of attack.”

Toptunov points to the issues revolving around ‘smart contracts,’ a virtual way to implement and verify deals made online. “For example, if you look at Ethereum, there is about 90,000 smart contracts that are currently vulnerable and online on the network,” he said. 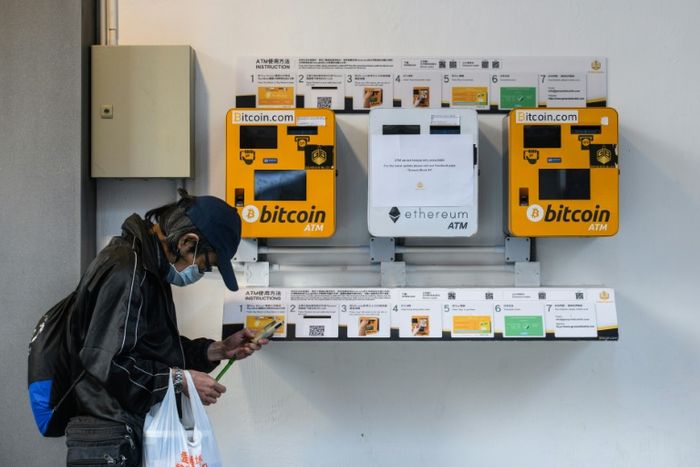 In several respects, cryptocurrencies are in its maturation stage. When he began getting involved with Bitcoin five years ago, Lowinger says that it was like he entered a baseball game in the 3rd inning. Now, he says, we’re in the sixth.

There are only 21 million bitcoins that could ever be mined, because the number of new bitcoins released gets halved with each 210,000 blocks released. Roughly 20 percent of the total number of bitcoins remain, and the last coin is set to be released sometime in 2140.

The scarcity of bitcoin makes it a target for nefarious actors. “We are currently seeing that major players are joining the attempts to thieve cryptocurrency: it’s a lot easier to launder it, it’s so-called ‘anonymous,’” Toptunov said.

“For example, the Mafia, those organizations, criminal organizations, that [are] orienting their current activity to the cryptocurrency world. People who’ve been used to being robbed from banks or their PayPal accounts are currently getting their bitcoins stolen.”

The dangers associated with cryptocurrencies don’t seem to deter many from taking on the financial and technological gamble that these assets stand for at the moment. But, according to Toptunov, is there any solution that can make cryptocurrencies completely safe?

“They only unhackable solution that I can think about is to just unplug the computer from the outlet.”

Ethan Freedman is a journalist and news editor for the i24NEWS English web desk.