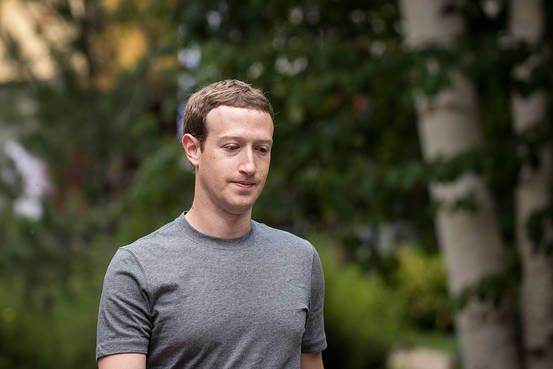 Facebook (FB) founder and CEO Mark Zuckerberg will hold a press conference to update the media on what the company is doing to clean up the mess over Cambridge Analytica and Facebook’s management of its user data. This comes amidst reports Zuckerberg will testify before the House Commerce Committee.

The invite says simply “Mark will give an update on Facebook’s efforts to better protect people’s information, and will take questions.” My colleague Jon Swartz will be dialing in, so tune in this evening to learn what he learned.

The Street is still trying to figure out what to make of U.S. President Donald Trump’s continued berating of Amazon.com (AMZN) in his tweet-stream.

Argus Research’s Jim Kelleher reiterates a Buy rating on Amazon, after concluding that in the matter of Trump’s complaints the U.S. Postal Service don’t make sense, because more and more of the Postal service is package shipping, less and less of it first-class mail.

Since some of that is thanks to Amazon, “It seems odd that the White House would attack the one clear capital success story within a government agency historically regarded as an inefficient antithesis of the capitalist model.” He expects there’s little chance Congress would get involved in the matter given the “risk-reward” of the matter of losing postal worker jobs.

And Anthony DiClemente advises “Investors should get used to President Trump’s Tweets against Amazon for the duration of his tenure in office and accept that there is now political risks for the stock.” The political pressure “is unlikely to put a dent in Amazon’s longer-term operating fundamentals or market position.”

Analysts are also continuing to assess potential fallout of rumors that Apple (AAPL) will dump Intel (INTC) processors from its Macs.

Bernstein’s Mark Li argues that Taiwan Semiconductor Manufacturing (TSM) and Intel in production of transistors make possible Apple’s aspiration to dump Intel. Li advises TSM is a “solid” holding, according to a write-up by TheFlyontheWall.

Shares of Cloudera (CLDR), distributor of the open-source Hadoop data management software, are plunging, down $8.58, or 39%, at $13.66, after the company yesterday afternoon beat fiscal Q4 expectations, but forecast this year’s revenue below consensus, projecting $435 million to $445 million, versus consensus for $461 million, and said it would undertake a restructuring of its sales force this year.

There are multiple downgrades this morning, from JP Morgan and Deutsche Bank, and multiple price target cuts.

Raymond James’s Michael Turits reiterates an Outperform rating, but cuts his price target to $20 from $25, writing that he’s not totally surprised by the restructuring, given he’d written way back in December that his meetings with the company led him to expect the sales team to have “go-to-market changes.”

As I mentioned last night, some Nvidia (NVDA) chip analysts are scrutinizing the announcement of a special chip for “mining” the Ether crypto currency that could conceivably hurt Nvidia’s sales of GPUs, which are used for the task in addition to being used for video games.

Evercore ISI’s C.J. Muse, however, is not concerned. He writes today that investors should take advantage of a “tremendous buying opportunity in NVDA,” given that sales tied to crypto are just 5% of Nvidia’s revenue.

Plus, with “a new Gaming GPU (called “Turing”) launch cycle ramping in 2HCY18, we believe NVDA will likely power through any tough compares from Crypto-driven tailwinds (though exact numbers are difficult to know for sure in Crypto).”

Sign up to Review & Preview, a new daily email from Barron’s. Every evening we’ll review the news that moved markets during the day and look ahead to what it means for your portfolio in the morning.