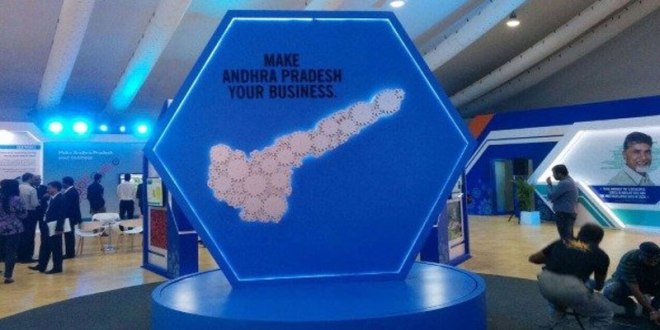 Visakhapatnam: In the bifurcated Andhra Pradesh, this coastal city discovered its new identity and is now emerging not merely as the business and technology hub but also as a travel and leisure destination.

Though in the very first year of the truncated state, cyclone Hudhud battered the city, known popularly as Vizag, it bounced back with new vigour. The rebuilt infrastructure gave a new look to the city, adjudged the third-cleanest in India last year.

Though already recognised as a key hub for being the headquarters of the Eastern Naval Command, the presence of a port, a steel plant and other industries, the city in the past did not get its due and was never branded properly. This was because, as people of the port city say, the focus of successive governments in undivided Andhra Pradesh was Hyderabad.

After the breaking up of Andhra Pradesh to carve out Telangana state with Hyderabad as its capital in 2014, Vizag found new importance. The state government launched an initiative to develop it as the country’s Fintech hub and a centre of new-age technologies. It has hosted partnership summits here for the last three years, witnessing signing of MoUs for massive investments in the state.

The government also started working on plans to develop Vizag as a travel destination. The yachting festival held on March 28-31 brought into focus the bustling city’s huge tourism potential.

The four-day festival organised by Andhra Pradesh Tourism in association with E-Factor Adventure Tourism Pvt. Ltd, saw a fleet of plush yachts descending on the Vizag shores, for the discerning enthusiasts who love engaging with lifestyle, water and adventure.

Organised with a vision to establish and put Vizag on the marine tourism map, the festival, said to be first of its kind in India, saw yachts cruising on the azure waters of the Bay of Bengal, providing sailing enthusiasts a breathtaking view of popular beaches like RK Beach, Rishikonda, Thotlakonda and Yerada. The on-board audiences were treated with activities like swimming, snorkelling, rescue demo by the Indian Navy and adrenaline-pumping displays of fly-boarding.

In the evenings when the yachts were parked at Vizag port, the audiences were entertained with musical performances.

It was the first attempt to introduce lifestyle tourism in Vizag, a key destination on the nearly 1,000-km-long coastline of the state. The organisers sold limited tickets, priced at a steep Rs 14,500 per person per day.

He believed yachting can contribute significantly to the state’s Gross Domestic Product (GDP). “Though only one percent of society can afford yachting, it has a huge margin,” he explained, claiming that on India’s east coast, Vizag is the only place which can offer this kind of holiday.

Mukherji was confident that two years down the line there will be people who will come to Vizag for water holidays. “Why do I need to go to Bali when I can do it in Vizag? The reasoning is being created.”

The yachting festival was one of the marketing techniques to brand Vizag. “Andhra Pradesh has no better tourism card than Vizag. It was never marketed earlier. Vizag was always consumed by the word of mouth. There was no draw towards it. I am changing the perceived value,” Mukherji said.

Explaining why Vizag is important, Mukherji pointed out that its beach mountains were not found anywhere else. Every brick at Thotlakonda beach is 2,500 years old. He believed a Buddhism circuit can be created here and marketed in countries like Sri Lanka, Taiwan, China and Japan, which always look for Buddhism products.

“Ten miles from where we are sitting (Vizag port) is the (Pakistani) Gazi submarine which can be one of the finest diving sites of the world. I can give the best dive into the submarine which was sunk during the 1971 war.”

Mukherji believed different products for different segments of the market could help tap the state’s immense tourism potential. He set the ball rolling a year ago with Vizag Music Festival followed by the balloon festival in Araku valley, a picturesque location about 100 km from Vizag.

“We have to be clear about who our target audience is. It’s the promise which I am selling. People buy promises, not destinations,” he added.

Tourism currently contributes seven per cent of the state’s GDP, but Mukherji believes powerful tourism brands can increase this to 24-25 per cent.