NEW YORK, NY / ACCESSWIRE / April 5, 2018 /International remittances are a pivotal pillar for the Philippines economy. The fact is that Filipinos like to send a lot of their money back home. Receipts from remittances make up more than 9% of the country’s GDP and are a vital driver of the consumer spending that accounts of two-thirds of the country’s economic output. In fact, over 10 million Filipinos work abroad – representing ~10% of the overall population. Collectively, this population sends approximately $28 billion a year in remittances, making it the third largest remittance market in the world. To put the size of this market in context, this amount is nearly equivalent to the entire BPO industry of Philippines. 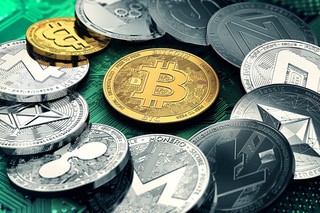 Just like many old-economy industries, the remittances market in the Philippines riddled with inefficiencies, making it a prime target for nimble cryptocurrency companies to tear it apart. The market has traditionally been dominated by the non-bank channel, which includes money transfer companies and pawnshops operating in the Philippines. And of course, such operators make a livelihood out of making it very expensive to send money overseas. The World Bank advises that transaction fees average 7.45% globally, and, in many remittance corridors, the lack of competition makes costs even more prohibitive. There is a huge demand for more efficient and economical remittance providers in the Philippines as well as globally.

Favorable Regulatory Regime in the Philippines

From a regulatory point of view, the Philippines central bank has been very progressive in its approach toward cryptocurrencies and its underlying technology, namely blockchain. The Philippines is among the few countries that have already enacted rules for cryptocurrency exchanges. 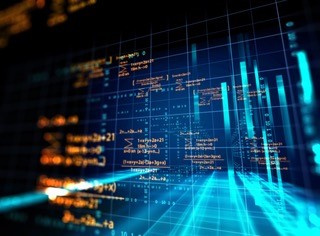 IEG Holdings Sets Its Sights on the Filipino Market

Investment Evolution Coin will initially be intended to facilitate the payment of remittances to the Philippines by Filipino Overseas Foreign Workers located in Singapore, the U.S. and Australia. Pending listing, Mathieson plans to list Investment Evolution Coin on the PayBito multi-currency digital trading platform. The decision makes sense given that the United States was the country with the highest dollar amount of remittances to the Philippines in 2017, accounting for 34% of the total remittances. Approximately 2.5 million Filipinos reside in the United States.

According to Mathieson, shareholders of IEG Holdings stand to benefit directly from the launch of Investment Evolution Coin. Mathieson, who is majority shareholder both of IEGH and IEC, stated that IEGH shareholders as of April 30, 2018, will be granted the option to receive shares of IEC on a one for one basis. The announcement was intended to offer IEGH shareholders an option to benefit from the efforts of Mathieson and his Singapore-based company to launch new cryptocurrency Investment Evolution Coin, while maintaining ownership in the ongoing consumer lending business, without additional costs and in compliance with evolving cryptocurrency regulations.

The biggest challenge remains contending with a large offline population as internet penetration in the country is less than 40%. But whatever may be the difficulties, cryptocurrencies and blockchain are fast-emerging as the key to a safe, fast, and cost-efficient money transfer apparatus that can support the needs of the large and growing remittance market worldwide.

SeeThruEquity is approved to contribute its research reports and estimates to Thomson One Analytics (First Call), the leading estimates platform on Wall Street, as well as Capital IQ and FactSet. SeeThruEquity maintains one of the industry’s most extensive databases of opt-in institutional and high net worth investors. The firm is headquartered in Midtown Manhattan in New York City.

SeeThruEquity has been compensated for the preparation of this article. Please review the Disclosure section of the article at this link for further details.