Why Investors Are Betting Millions On Bitcoin Surveillance 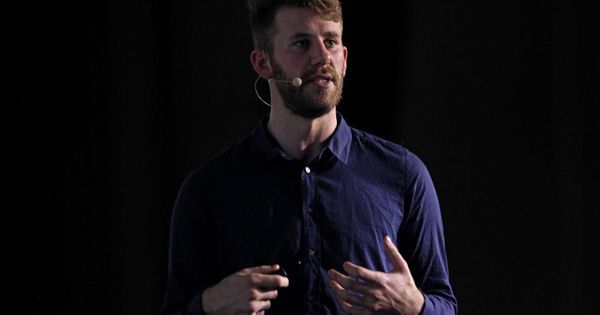 Tracking the myriad cryptocurrencies as they ping around the world en masse every day is no simple task. Ask 27-year-old British entrepreneur Jonathan Levin, co-founder and chief operating officer of Chainalysis, one of the hottest companies in the burgeoning business of digital currency tracking. In its early days, in 2014, Chainalysis would do its best to retroactively monitor transactions and follow the money of nefarious types on the blockchain, largely for the benefit of U.S. government investigators hunting fraudsters and launderers. Now Levin sees multi-billion dollar financial institutions who want to instantly know who they’re dealing with when interacting with millions of cryptocurrency owners every day.

That’s why a promising new industry has emerged, which attempts to guarantee trust in Bitcoin and other currencies by keeping a constant eye on the various blockchains of the world. That promise has been exemplified by Chainalysis’ announcement Thursday that it’s raised $16 million in a Series A round led by Benchmark, the same San Francisco venture capital that bet big and won on the likes of eBay and Uber. Benchmark has been a keen follower of cryptocurrencies, going back to at least 2014 when it invested in Bitcoin storage startup Xapo and co-launched a Bitcoin investment fund.

From the blockchain to criminals in chains

The Chainalysis software started off as a reactive program that largely relied on humans to make connections between different Bitcoin accounts and followed the money to uncover criminals using the digital cash. As of today, it’s mostly automated and able to make decisions about the risk associated with individual Bitcoin accounts by looking at their transaction history, so businesses involved in cryptocurrencies can be sure they’re dealing with legitimate users rather than money launderers or other crooks. The new Chainalysis Know Your Transaction offering “is the first real-time wallet screening for potentially suspicious activity,” claimed Levin. “If you’re about to receive funds, you can make decisions on the fly on whether you process them or not.”

There are some small competitors in the market whose tools strive to do the same but better, including the likes of Neutrino.nu, created by a former CTO of surveillance company Hacking Team. The biggest rival, though, is Elliptic, a U.K-based company that raised $5 million in a Series A back in 2016. It also raised another round late last year, bringing in San Francisco venture capital firm SignalFire, whilst not disclosing an amount, according to CEO James Smith. “What we definitely found in raising is that there’s a lot of appetite across the investment section,” Smith said. “2017 was pretty transformative for the whole [cryptocurrency] industry, but we’ve seen a huge growth in interest in our sector.” The London-based outfit is planning to double its 25-strong workforce over the next year, as it hopes to increase its workload with law enforcement clients like the FBI and DEA, as well as with private business.

But its Chainalysis, which was placed on Forbes’ FinTech 50 list earlier this year, that’s emerging as the leader of the pack. That’s largely because of its growing customer base that carries some clout, including a significant number of U.S. government customers, including the FBI, the DEA and Immigration and Customs Enforcement.

Its software has been at the center of some major global police operations. Dutch police revealed in March they used Chainalysis to track down the alleged masterminds behind one of the world’s biggest dark web drug marketplaces, known as Hansa. And the company helped creditors of Mt. Gox, once one of the biggest Bitcoin exchanges in the world, track down 650,000 coins that mysteriously went missing in 2014. That revelation came in 2017 as Levin testified before the U.S. House Financial Services Subcommittee on Terrorism and Illicit Finance.

Levin claimed the company has seen a threefold revenue increase over the last year alone, partly thanks to a leap in private industry clients. He counts Barclays as one of his biggest customers, though declined to name others in the private sphere other than to note Chainalysis worked with many of the top exchanges in Asia, Europe and North and South America. He wouldn’t reveal revenue data either.

Sarah Tavel, general partner at Benchmark, has now joined the board of Chainalysis. She told Forbes she was introduced to Chainalysis CEO Michael Gronager last year via a former U.S. Department of Justice attorney who’d used Chainalysis in her investigations. Tavel now sees the company as the “de facto standard” for ensuring trust in the Blockchain.

“I believe the company is incredibly well positioned to be an enabling force in the ecosystem. They’re building a data asset that no one else can create,” Tavel said.

As for the future of Chainalysis, it’s now planning to go beyond Bitcoin and start tracing 10 different cryptocurrencies in total, including Litecoin and Ether. And the company will continue to expand beyond its 70 staff working across New York, Washington D.C. and Copenhagen. “We want to maintain our reputation as the global standard for what we do,” Levin added.