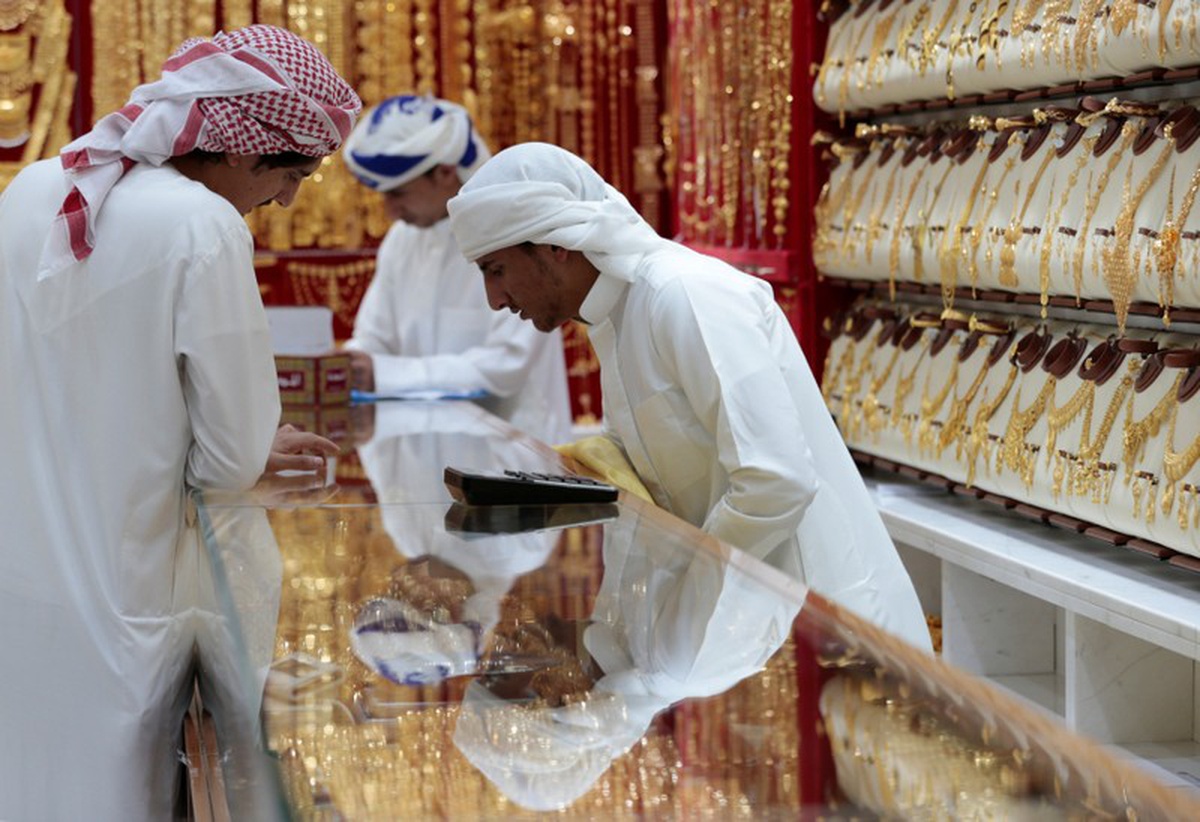 By Andrew Torchia and Bernardo Vizcaino

DUBAI/SYDNEY (Reuters) – In Dubai’s decades-old Gold Souk, customers from around the world haggle over bangles and necklaces. Elsewhere in the emirate, the region’s top center for gold trade, bullion is playing a new role in financial engineering.

A local start-up company founded last year, OneGram, is issuing a gold-backed cryptocurrency — part of efforts to convince Muslims that investing in cryptocurrencies complies with their faith.

The global surge of interest in bitcoin, ethereum and other cryptocurrencies extends into the Gulf and southeast Asia, the main centers of Islamic finance.

But because they are products of financial engineering and objects of speculation, cryptocurrencies sit uneasily with Islam. Sharia principles, in addition to banning interest payments, emphasize real economic activity based on physical assets and frown on pure monetary speculation.

That has triggered debate among Islamic scholars over whether cryptocurrencies are religiously permissible. Cryptocurrency companies are seeking to sway the debate by launching instruments based on physical assets and certified as valid by Islamic advisors.

Each OneGram cryptocurrency unit is backed by at least a gram of physical gold stored in a vault. The idea is to limit speculation.

“Gold was among the first forms of money in Islamic societies so this is appropriate,” said Ibrahim Mohammed, the Briton who founded the firm with other investors last year.

“We are trying to prove rules and regulations from sharia are fully compatible with digital blockchain technology.”

Tens of millions of dollars worth of the currency have been issued so far. About 60 percent of the planned number of coins remains to be sold; OneGram hopes to issue them all before listing them on exchanges around end-May.

OneGram obtained a ruling that its cryptocurrency conforms with Islamic principles from Dubai-based Al Maali Consulting.

It is one of dozens of advisory firms around the world that offer their opinion on whether financial instruments meet sharia standards.

In Malaysia, HelloGold launched an initial offer of its gold-backed cryptocurrency in October, receiving approval from Islamic scholars at Kuala Lumpur-based Amanie Advisors.

Manuel Ho, HelloGold’s chief marketing officer, said its coin was Islamic as transactions occurred within a defined period, making them less volatile and addressing the issue of ambiguity of pricing.

Among other experiments, United Arab Emirates-based Halal Chain conducted an initial coin offer in December which is linked to data on Islamically permissible goods.

Only around 20 to 30 percent of banking in the Gulf and southeast Asia follows Islamic principles; many Muslims use conventional finance if it offers higher returns or more convenience.

But the issue of religious permissibility is influential and could determine whether Islamic funds and institutions, which are formally committed to sharia principles, deal in cryptocurrencies.

“One of the biggest difficulties is that there is so much to talk about, and so little certainty in the way crypto will be playing out,” said Ziyaad Mahomed of HSBC Amanah in Malaysia. He chairs its sharia committee, which oversees Islamic transactions.

National sharia authorities have not ruled on whether cryptocurrencies are permissible, and while several global bodies recommend standards for Islamic finance, none has the authority to impose them. Many governments seem ambivalent, worried about the potential for instability but unwilling to lose the chance of benefiting from new technology.

The Saudi Arabian and UAE central banks warned their citizens about the risks of trading bitcoin but have not imposed outright bans.

That leaves Islamic investors to choose between sometimes conflicting judgments by scholars at advisory firms, financial companies and academic institutions.

One of the earliest rulings came in 2014, when California-based academic Monzer Kahf, a prominent author of Islamic finance textbooks, deemed bitcoin a legitimate medium of exchange, though vulnerable to manipulation.

Since then, Islamic jurists in South Africa have ruled in favor of cryptocurrencies, arguing they have become socially acceptable and commonly used, said Mahomed.

In October, however, the Durban-based Darul Ihsan Centre refrained from endorsing them, citing concern over potential pyramid schemes. Some scholars in Turkey, India and Britain have labeled them impermissible; Egypt’s Grand Mufti declared in January they should not be traded.

Complicating the debate is the fact that there are hundreds of digital coins or tokens, each with unique features related to distribution, mining and trading, said Farrukh Habib, research officer at Malaysia-based International Shariah Research Academy for Islamic Finance.

“They are also very different in terms of their underlying commodities, projects or businesses, so it’s not appropriate to have a blanket sharia ruling for all,” said Habib. He is involved in a project to categorize cryptocurrencies based on sharia-compliance criteria.

“Most of the existing sharia rulings either deal with only bitcoin, or include all types of cryptocurrencies, disregarding their peculiarities.”

Another problem is that many sharia scholars have trouble understanding the complexities of digital currencies, said Harris Irfan, managing director at Cordoba Capital in London.

“I would caution against accepting any fatwas from community scholars on the subject of fiqh al-mu’amalat, the jurisprudence of transactions, which is a highly complex area of sharia.”

Irfan chairs the UK Islamic Fintech Panel, a think tank which is drafting guidelines for accreditation of sharia-compliant fintech products including cryptocurrencies.

Mahomed said some degree of consensus had emerged globally that cryptocurrencies were a form of wealth, or maal — one step toward acceptance.

But scholars have yet to rule conclusively on whether cryptocurrencies are in fact currencies. This is important for Islamic tax payments called zakat, and for inheritances.

“Overall, more evidence is needed to reach a consensus, at least until higher bodies pronounce themselves on the issue, such as the Islamic Fiqh Academy,” Mahomed said, referring to an influential Jeddah-based institution.

Abdulqahir Qamar, director of the Fatwa Department at the Fiqh Academy, told Reuters that the academy had not issued any resolutions on cryptocurrencies but was planning to discuss the subject during one of its official sessions this year.

While there is no firm timeframe, the academy will also seek to organize seminars with scholars on the matter, he said.