So far, neither near-field communication nor blockchain has been a blockbuster technology for payments in the U.S. market, but now developers are working on combining the two in a way they hope will give cryptocurrencies a big boost at the point of sale.

The idea is to create a standard for a new protocol called the Lightning Network that would allow consumers to make a tap-and-go payment with Bitcoin or another digital currency, just as she might with a contactless card or with Apple Pay. 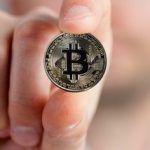 Lightning, which has been in development since 2015, is the fruit of an effort to vastly expand the processing capacity for cryptocurrencies by taking much of the activity off the blockchain. The network then broadcasts to the blockchain only when the transaction is culminated. Indeed, estimates are that the network could handle, in theory, millions of transactions per second. Currently, traffic logjams have plagued currencies like Bitcoin, moving some major merchants and processors like Valve Corp. and Stripe to stop accepting Bitcoin.

With the first version of Lightning going live late last month, a developer has proposed combining the system with NFC to make digital currencies more practical at the point of sale. The developer, Igor Cota, says in an online post that he has succeeded with an NFC experiment that links both a mobile device and a contactless terminal to the Lightning network and to each other. “I feel that one of the biggest promises of Lightning lies in it being used for everyday retail payments,” says Cota in his post.

One problem with this approach is that the adoption of contactless payments, even with chip cards, has been spotty in the United States, though it has met with much more success in Europe. Visa estimates that less than 1% of payments on its network so far are contactless. That could change soon as the card network is gearing up to push NFC in the American market.

NFC is a sophisticated protocol that allows cards or mobile devices to link via radio waves to specially equipped terminals in the blink of an eye, vastly speeding up transactions. A competing protocol that relies on quick-response codes has met with success in China and other markets, but Cota in his post calls QR codes “a bit unwieldy,” particularly in instances where consumers are buying a good many items, say, in a grocery run. “This relatively large amount of data makes them impractical to scan,” he argues.

Payments providers that have been early proponents of Bitcoin, Ether, Litecoin, and other digital currencies applaud the move to incorporate NFC and Lightning for POS transactions. “I think it’s great,” says Eric Brown, chief executive of Aliant Payment Systems Inc., a Fort Lauderdale-based independent sales organization. “Crypto processing has made another step into mass adoption utilizing the NFC technology the credit card companies use to initiate digital wallet transactions.”

Aliant has been working with a Canadian processor called NetCents Systems Ltd. to sign merchants for cryptocurrency acceptance.