CoinGeek Conference maps out eCommerce future in the age of Bitcoin Cash – CalvinAyre.com 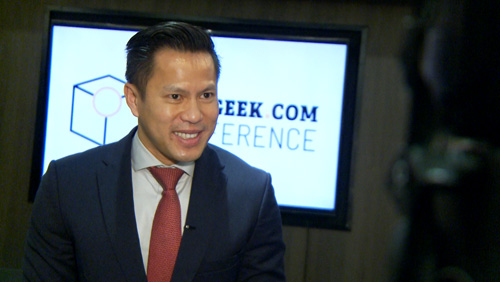 Gambling operators were early adopters of Bitcoin and its underlying blockchain technology since the concept was introduced to the world via a Satoshi Nakamoto white paper almost a decade ago. Bitcoin’s appeal as a payment system lies in the fact that it offers fast transactions and instant confirmations with low fees.

The gambling industry, however, has a long way to go to fully understand and tap the potential of Bitcoin—particularly Bitcoin Cash (BCH)—in the age of bCommerce (Bitcoin Commerce).

At the inaugural CoinGeek.com Conference, which will take place at the Four Seasons Hotel in Hong Kong on May 18, the who’s who of the cryptocurrency community will discuss how merchants, including gambling operators, can harness the potential of Bitcoin Cash as a global payments system.

The biggest and the brightest minds in the Bitcoin community will zero in on merchant adoption of Bitcoin Cash, which is considered the best micropayment solution.

Among the speakers and thought leaders who will be discussing the best ways to utilize Bitcoin Cash and blockchain technology for payments in a variety of sectors are Roger Ver, CEO of Bitcoin.com; Jihan Wu, CEO of Bitmain; Dr. Craig Wright, chief scientist of the nChain Group, one of the influential tech groups leading the development of BCH; Ryan X. Charles, co-founder and CEO of Yours.org; and Lorien Gamaroff, CEO of Centbee. Jimmy Nguyen, CEO of the nChain Group and also an influential figure in the Bitcoin world, will host the first of its kind CoinGeek.com Conference.

The one-day event, which is also hosting an after-party courtesy of Antiguan entrepreneur and CoinGeek.com owner Calvin Ayre, is definitely a must-attend event for gambling operators who wanted to buy and invest in Bitcoin Cash. With its bigger blocks, faster speed and lower transaction fees, Bitcoin BCH represents the truer vision of Bitcoin as a peer-to-peer electronic cash system.

Registration for the CoinGeek Conference is open with a 50% discount for those paying in BCH, but credit card payments are also welcome.