At the latest Financial Action Task Force (FATF) meeting, 35 countries, the European Commission and the Gulf Co-operation Council urged the international body to improve understanding of money laundering risk related to cryptocurrencies. In light of this, Michael LaScola, Business Solution Specialist at Accuity, discusses some AML best practices for ICOs and why they should consider compliance an asset, rather than overhead.

The rise of ICOs 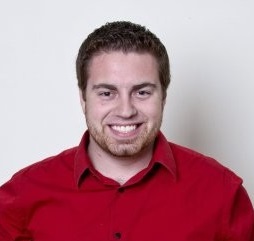 In 2017 Initial Coin Offerings (ICOs) became the hottest new tool for startups, and transitioned from being a relatively unknown fundraising method used in the blockchain community, to raising over $4 billion by the end of the year.[i] Just like Kickstarter or Go Fund Me, ICOs let entrepreneurs take their business plans directly to non-accredited[ii] or inexperienced investors to try to secure early stage funding for their ideas. Unlike traditional crowd-funding platforms that give away t-shirts and posters as a ‘thank you’ for investing, ICOs distribute digital coins to investors with the promise of big returns.

For most of 2017, the ICO market was on fire and the companies that launched them were doing everything they could to lure in investors, including running multi-platform social media campaigns and promoting celebrity endorsements. Most ICO pitches consisted of two elements; they encouraged their audience to read a ‘white paper’ – a document laying out their grand plans – and they prompted people to ‘buy now’ for the chance to secure the biggest profits.[iii] These marketing campaigns proved extremely successful in raising billions of dollars of startup funding.

Unfortunately, the easy money bubble had to burst and as 2017 drew to a close, governments around the world began to take note and crackdown on the ICO market. In the U.S., the. Securities and Exchange Commission (SEC) ruled that many digital coins and tokens from ICOs must be considered securities and therefore subject to federal securities laws.[iv] China and South Korea banned ICOs altogether, and most recently, at the Financial Action Task Force (FATF) meeting held in February 2018, members representing 35 countries, the European Commission and the Gulf Co-operation Council, asked the global body to improve the understanding of money laundering risks relating to cryptocurrencies.[v]

While no crypto-enthusiast wants to see a fully-fledged ban on ICOs, there is clearly growing sentiment that a more regulated ICO market would create a fairer playing field for everyone. Since these investments are available to the public and not just accredited or experienced investors, it is important that situations like the one that occurred with Confido (in which the founders disappeared with $375,000 just days after concluding their ICO) are avoided.[vi]

With the U.S. SEC and now FATF positioned to take an even closer look at the ICO market in 2018, it is important to look at all of the risks involved, and to note that they don’t all fall on the side of the investors. The companies running ICOs in a market that is sure to become increasingly regulated, need to demonstrate they are operating as legitimate businesses. Part of that will mean understanding who their investors are and performing Know Your Customer (KYC) checks before engaging in transactions, just as financial institutions are required to do, to protect themselves from becoming involved in any illicit financial activity.

The good news is that KYC compliance screening is not difficult to implement and a realm of regulator-ready best practices have already been tried and tested by financial institutions of all sizes, around the world.

Take sanctions screening, for example; best practice for ICOs would be to screen the lists of their contributors against the sanctions lists that are relevant to the jurisdictions in which they operate. In doing so, ICOs will be able to detect any investors who are linked to blacklisted entities and ensure they are not breaching sanctions legislation before coins are issued. Removing any questionable investors from the ICO fundraising round will not only ensure they are in compliance with AML and KYC laws, but will also send a clear signal to the market that they are a legitimate, trustworthy business.

Yet the screening of investors should not be limited to their initial onboarding; ICOs can last weeks or even months and someone who invested on day one might be added to a watch list some time later. Continuously re-screening investors until the conclusion of the ICO is the best way to guarantee that no bad actors are exploiting the system. After all, anyone who is involved in illicit financial activity might need a place to stash their cash at a moment’s notice and ICOs currently seem a much more attractive place to put it than banks which already have extensive AML and KYC infrastructures in place and can quickly stop deposits or freeze accounts.

Turning a problem into an opportunity

In a cryptocurrency market that is becoming increasingly crowded as each new ICO emerges, investors want to make sure they give their money the best chance of making a good return. Such investors are looking for indicators that the ICO is the real deal and that they won’t be scammed.

It all comes down to trust and reputation. The savviest ICOs in the market today are beginning to see that putting the correct compliance controls in place can be a smart commercial move as it gives investors confidence in the coin and in several cases, has proven to increase its value.

[ii] A non-accredited investor refers to any investors who do not meet the income or net worth requirements set out by the Securities and Exchange Commission (SEC) https://www.investopedia.com/terms/n/nonaccreditedinvestor.asp