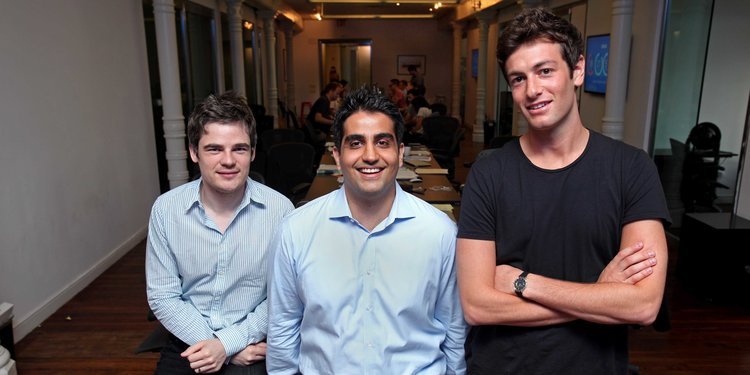 Oscar CEO and co-founder Mario Schlosser, co-founders Kevin Nazemi and Joshua Kushner. The company had the largest US funding round in the period. Oscar

The figures were supported by a big uptick in deal-making activity in the US. US fintechs raised $2.1 billion across 147 deals. Notable investments include a $165 million funding round for insurance startup Oscar in March and a $110 million capital injection for San Francisco’s Collective Health in February.CB Insights While deal activity spiked in the US and Asia, it fell to a 5-quarter low in Europe with just 63 first quarter deals.

The slump was largely down to a decline in early-stage funding deals and came despite several $100 million-plus funding rounds for European challenger banks N26 and Atom. European fintechs raised $933 million in the first quarter.