Pivotal moment for insurance in Asia as InsurTech investment accelerates 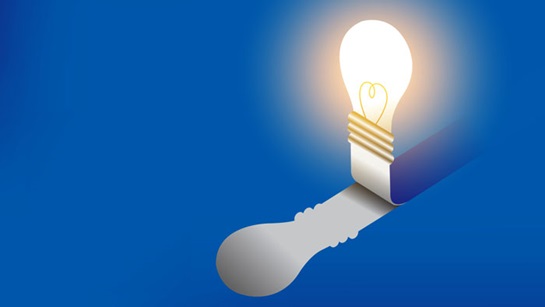 It is a pivotal moment for insurance in Asia, said Mr George Kesselman, president, InsurTech Asia Association at the opening of the Asia Insurtech Summit 2018. Investment in InsurTech is accelerating and Asia is at the forefront of this growth.

Reflecting on InsurTech’s development since the last summit, he noted that the InsurTech ‘hype’ curve of last year has since subsided and the industry is currently in a phase of self-correction typical of such trends, with its expected share of disappointment for some parties. Fundamentals of InsurTech are changing and over time this will fundamentally change insurance, but the changes are currently rather subtle and would be much larger at a later stage, he said, with the main disruption not far off in the future.

Highlighting China where 860 million policies were sold online in a single day last year, Mr Kesselman said China is a key illustration of that fundamental change, demonstrating that insurance and digital could be a powerful combination. In China, the rise of ‘embedded insurance’ means it is no longer taking the traditional products and fitting into an online environment; it is redesigning products to be embedded within the digital ecosystem. There is also the rise of ‘bite-sized’, or what he called a shift into ‘nanoinsurance’, referring to a large volume of sub-dollar products.

Advising insurers on the approach to their InsurTech journey, he said that velocity and short-cycle iterations in a matter of weeks or days are critical, to design, go to market and try again for what doesn’t work. In addition, collaboration with startups entails strategic partnerships and not the vendor relationship that insurers traditionally would take. He also advocated taking a VC approach—rapid validation and “putting enough bets out there” to make things work, and not the old approach of waiting to find something that is proven before investing. He also advised finding globally scalable solutions at the outset, instead of just starting with a single market in mind.

Speaking on the executive buy-in to deliver innovation was Mr Chris Wei, executive chairman, Aviva Asia, Global Digital. He said the success of Chinese firms like Tencent, was not just that it competed in utility of its products but it tackles industry pain points efficiently with methods, ie its social marketplace, that are grounded in cultural insights.

While the industry has been keen to innovate, Mr Wei highlighted a series of common pitfalls to avoid, such as unclear ambitions and areas of focus for business units. He advised insurers on being startup-friendly and reasonable in working with them, as the latter may not survive otherwise. On translating innovation into buy-in from the rest of the organisation, he said the starting point has to be top down sponsorship, as middle management still has to support the day-to-day operations. “Buy-in will grow over time, and you need early, bite-sized chunks of success. If you’ve got top-down sponsorship and work with the middle manager for successful proof-of-concepts (PoC) then reward them for that, then there’s a higher probability of success (overall),” he said.

Speakers also addressed the necessary architecture for InsurTech and innovation success. Industry keynote speaker Roy Teo, who is head, financial centre development department and director, fintech & innovation group at the Monetary Authority of Singapore, spoke about the successful FinTech ecosystem in the city-state, where nearly half of ASEAN InsurTechs are headquartered. This included world-class R&D, supporting talent development not just in schools but also upskilling and reskilling for workers transitioning into FinTech and international FinTech collaboration such as MoUs with 19 international markets, all of which were efforts that have helped establish Singapore as a FinTech hub.

In yet another shoutout to the industry on how it should collaborate fairly with startups, Mr Teo said that instead of expecting free PoCs from startups, both insurers and startups could tap on government grants and schemes. He called for more insurance players to tap on the National Digital Identity system, which facilitates secure yet seamless onboarding of customers, MyInfo, which facilitates sharing of personal information between customers and services and advanced and open payment rails, which would hopefully help insurers move to quicker payment schemes. He noted that insurance was a sector which was the largest user of cheques, which was something that had to change.

“Don’t say that one can’t be innovative because of regulation,” he quipped, explaining that Singapore’s FinTech regulatory sandbox, which recently saw its first graduate in InsurTech startup PolicyPal, now enables experimentation of ideas which go beyond what regulation usually permits. Mr Teo also encouraged the industry to tap on the S$27mn ($20.4mn) Artificial Intelligence and Data Analytics (AIDA) grant launched in December 2017 and the ‘Deal Day’ initiative to link up investors and startups at the annual Singapore FinTech Festival, which garnered S$2bn in capital for startup financing last year.

Highlighting areas for improvement, Mr Teo said one was the room for collaboration between insurers, while another was the potential for more useful connections between various elements on the innovation spectrum such as digital health and AI. For example, an ideal situation possible in time to come would be how signing up for an insurance policy on the blockchain would then enable automated claims upon one’s visit to the clinic.

On data and analytics in insurance, Munich Re head of business analytics Dr Fabian Winter spoke of how bringing data and technology with highly skilled people and advanced methods could generate value. The reinsurer recruits streamlined data-related capabilities, from statistical modelling and machine learning to artificial intelligence and deep learning. It also offers existing staff several different levels of training in the domain. Data and analytics bring value in two dimensions—one would be innovation enablement in certain areas like telematics, that could bring about better risk selection and pricing for car insurance based on driver scores. The second dimension would be data analytics platforms and solutions in themselves, such as an analytics suite which covers primary health insurer clients and provides insights into individual members and providers, a platform with high efficiency in identification of fraud and abuse and a risk management platform for Nat CAT pools.

Elaborating further on how to realise value and readying the organisation to seize new opportunities, software company Mulesoft’s principal solutions consultant Greg McCreanor highlighted three prongs. First is business alignment with projects, which are chosen with executive sponsors and which should be in line with higher level organisational goals and meet business KPIs, second would be putting modern technology and architecture in place and third would be implementing an  refreshed IT operating model.

He spoke of a modern application programming interface (API), and adopting an architecture which enables isolating the complexity of the core systems and data, so there can be an experience layer for “innovation on top”. Then creating a Centre 4 Enablement (C4E) along a hub and spoke model would provide a small group of curated assets, around the secure assets, for everyone to leverage on to build their innovations. This would enable consumption of assets to be monitored, and decisions could be made on whether assets could be made available in the hub or restricted.