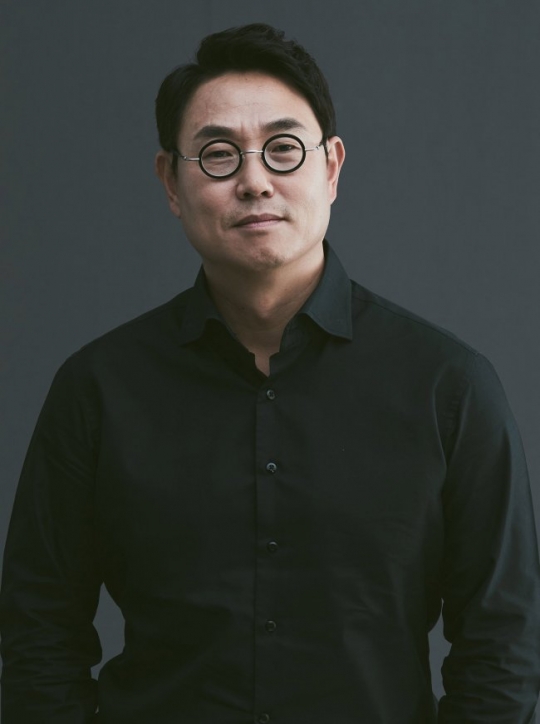 I’m never the one to get lucky in draws.

Naturally, I was pretty unfazed when Kakao announced at a recent press conference that four winners of a lucky draw would get a chance to have lunch with one of Kakao’s two new co-CEOs.

Despite my initial skepticism, I found that my luck fares better when it doesn’t involve prizes like a new TV or rice cooker. My name card, to my utter surprise, was chosen. As a tech reporter, it was a pretty exciting moment, to say the least.

And the Korean mobile giant recently took on two chiefs — Yeo Min-soo, executive vice president of Kakao’s advertisement division since 2016 and Joh Su-yong, who has been leading Kakao’s brand and design strategy as chief creative officer.

I, along with another reporter, was selected to dine with Mr. Yeo. As enthusiastic as I was to learn more about the Kakao’s visions and the CEO’s ambitions, I was equally looking forward to just being able to talk to Yeo in person in candor.

For those wondering, we met at a nice Japanese sushi restaurant, with a very “zen” atmosphere, near Kakao’s office in Pangyo, Gyeonggi Province. The menu? Lots of quality sushi, topped with some hot udon noodles.

Mr. Yeo appeared at our table without his signature thick black glasses softening his appearance, but was nonetheless full of charisma. Between bites of sushi and sips of beer, we talked about what lies ahead for Kakao.

Among all the things we discussed, the biggest topic of the day was blockchain — which Yeo says Kakao is pursuing as a top priority. To lead the push, the firm has even established a new Japan-based subsidiary dedicated to blockchain, named Ground X.

Blockchain is a distributed ledger database that records and shares transactions among all participants in the network. By nature, blockchain is self-operational, removing the need for a central authority. It’s a technology expected to reshape many of our existing businesses.

Eyeing the potential, Kakao is planning to introduce by the year’s end an open blockchain platform of its own, onto which various decentralized apps can be built, and court Asian developers.

Yeo took some time to explain exactly what it is that the company’s trying to build and why they’re doing it.

Yeo said Kakao is trying to build a “blockchain protocol,” similar to the widely-known Ethereum or EOS protocol.” This said protocol would host various decentralized applications — including those developed by Kakao as well as those created by third-party entities.

Compared to existing blockchain protocols, Kakao’s version will offer increased scalability and speed — meaning it will be able to host decentralized apps that handle large amounts of data, without significant lags in speed, according to the CEO.

Current blockchain platforms, like Ethereum, are slow, and are not best suited to handle large amounts of data generated by decentralized applications with a heavy user base. “Given this, Kakao’s blockchain will focus on improving the speed element,” he said.

“If Kakao can introduce an efficient and trustworthy blockchain platform, I think it will really help improve people’s perceptions and attitudes toward blockchain on a new level,” he said.

Then comes the question: what types of blockchain-powered apps and services can we expect to see in the future?

Though he said it’s too early to discuss Kakao’s own plans, Yeo cited other examples. One was Steemit, a blockchain-powered social media platform where participants get paid — in digital tokens called Steam — for creating and curating content.

If Kakao plans to launch blockchain-powered services of its own — which will inevitably operate on a token economy model — isn’t it logical to assume that Kakao will be issuing its own crypto coins in the future?

Yes, the creation of a new coin is certainly a possibility down the road, Yeo noted. However, he emphasized that this does not automatically mean Kakao will be pursuing an initial coin offering in the future. The CEOs have previously confirmed that an ICO was off the table, quashing rumors of a planned token sale.

“Where does a token come from? It could be issued via a public offering, a private offering or issued and distributed in other ways. Many tend to equate token creation with an ICO. But there are many ways to issue and distribute a new token, and an ICO is simply one method,” he said.

On top of blockchain, the CEO talked about other issues of debate, namely the taxi-hailing mobile app Kakao Taxi. Its addition of two “paid options” for faster pickup was forced to be scaled down by the government to the same level as existing “call taxi” services at 1,000 won.

With a sigh, Yeo lamented the decision, saying that this pricing model makes Kakao’s feature “virtually ineffective,” benefiting neither the driver nor the rider.

“We had set our business model based on careful market research, and wanted to leave it up to the market to decide.” Yeo said. “We’re not trying to force everyone to use it. We just want people who need the option to use it.”

Right now, the Kakao Mini can play music, call up the day’s weather, read out news, and place calls via KakaoTalk.

Yes these are useful, but what’s going to be the next “killer content” that will blow us away?

“Ordering of course. We have to go there as the next step,” Yeo said. By ordering, he means having meals, groceries and shopping goods delivered to your home via voice command.

“Think about simply saying, ‘I’d like one bowl of jjajangmyeon with some side soup,’ to have the meal be delivered right away. Isn’t that an experience we’ve always dreamed of?”

As an owner of the Kakao Mini myself, I responded, I would look forward to it.

The Kakao Mini is just one part of Kakao’s goal to broaden its role as an all-around lifestyle platform. And it’s an expansion that Yeo hopes to have achieved by the time he ends his term as CEO.

There are so many other topics we didn’t have time to discuss, and hopefully, I can get a chance to check back with Mr. Yeo in a year to discuss new developments. For now, I wish the best of luck to Kakao, and its new CEOs.