Iran has developed its own blockchain-based cryptocurrency, just days after the Central Bank of Iran (CBI) banned bitcoin trading amid escalating concerns about money-laundering and bitcoin’s erratic price swings.

The Iranian cryptocurrency was jointly developed by the CBI, the state-run Post Bank, and Iran’s Information and Communications Technology (ICT) ministry.

“Last week in a joint meeting aimed at exploring the progress of the project, it was announced that the experimental model is ready,” Azari-Jahromi said, as reported by state news agency IRNA. 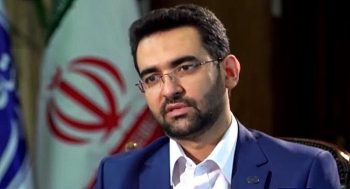 Azari-Jahromi underscored that Iran’s bitcoin ban does not mean the country is opposed to virtual currencies in general, and pointed out that the Central Bank’s ban does not cover local cryptocurrencies.

“The Central Bank’s ban does not mean the prohibition or restriction on the use of the digital currency in domestic development,” he said.

“The CBI ban on bitcoin dealings was made out of concerns [that the volatility in the crypto market] could lead people to lose their assets. Bitcoin is not the one and only cryptocurrency.”

Is Iran’s Crypto a Way to Circumvent Sanctions?

As BTCManager previously reported, Iran banned bitcoin trading in early-April 2018 after its national currency, the rial, crashed to a record low amid concerns that the United States might exit the Iran nuclear deal. If so, Iran’s economy would get crushed under the weight of harsh U.S. economic sanctions.

President Donald Trump has until May 12, 2018, to decide if he will extend the Iran nuclear deal, which former U.S. President Barack Obama signed in 2015.

The Iran nuclear deal is unpopular in the United States due to mounting public concern that Iran is continuing to fund terrorism around the world and is secretly developing nuclear weapons, in defiance of the pact.

Dozens Of Countries Are Developing Crypto

Dozens of other countries, including Russia and China, are developing their own cryptocurrencies.

Russian president Vladimir Putin had initially been skeptical of bitcoin and the digital currency market because they are not backed by a central bank and are unregulated but quickly flip-flopped amid growing demand, as BTCManager previously reported.

“It is becoming more convenient for all users to pay for goods and services through electronic wallets,” said Olga Skorobogatova, deputy chief of the Bank of Russia. “And digital currencies can play the role of a catalyst for using it for payments in a broader sense.”

In October 2017, Russia announced plans to launch its own cryptocurrency called the CryptoRuble, in part to circumvent U.S. economic sanctions. The CryptoRuble will reportedly debut in mid-2019.