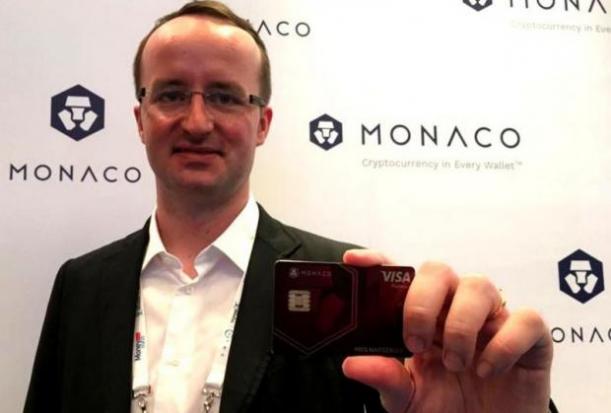 Kris Marszalek, CEO of Switzerland-based Monaco, shows off a Monaco-Visa prepaid card that allows cryptocurrency to be converted to real money and accepted at any location in the Visa network. SUPPLIED


Visa, the world’s largest payment network, and archrival Mastercard are championing digital tokens as a new and safer option in Asia, where people under age 30 are the driving force toward rapid adoption of digital payment.

Visa has also lunched a prepaid card backed by the Monaco cryptocurrency platform in Singapore to give itself another foothold in the digital currency world.

“The demand of the future is to be able to pay in a digital way,” Francois Hribovsek, head of digital deployment and solutions in Southeast Asia, told Asia Focus at the Bangkok Fintech Fair last month.

“Around 65% of our consumers in Southeast Asia last month made at least one mobile payment transaction which can be via a QR code, a contact list transaction or mobile commerce transaction initiated from an app on a phone. It can take several forms.”

Mr Hribovsek said the transition would continue from mobile devices today to the Internet of Things (IoT) tomorrow, as Visa predicts that within two years there will be 20 billion connected objects in the world. From a car to a refrigerator, any IoT-enabled device could be a point where orders and payments can be made.

Ling Hai, co-president for Asia Pacific of Mastercard, is also looking beyond tokens and mobile payment. He believes the next frontier will be voice authentication payment or other methods that will not involve a device at all.

“Where the industry is going is tokenisation because the issue with a [credit or debit] card on file is that if the merchant database gets compromised and it holds actual consumer credentials, that’s not a good thing. Tokenisation solves that issue,” he said at the Money 20/20 forum in Singapore.

Both tokens and digital coins such as bitcoin are regarded as cryptocurrencies but there is a significant difference between the two. Coins are often used interchangeably while tokens are a representation of a particular asset or utility. Coins are separate currencies, each with its own separate blockchain, while tokens can represent basically any asset that is tradeable. They operate on top of a blockchain that facilitates the creation of decentralised applications. 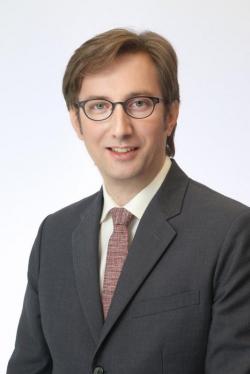 Around 65% of Visa’s customers in Asean last month made at least one mobile payment transaction, says Francois Hribovsek, head of digital deployment and solutions in Southeast Asia. Supplied/Visa

“It’s a token. It’s a dummy number. It’s a one-time number. It’s emergency-specific and if the database gets compromised, the hackers cannot use the information,” said Mr Hai. “It’s good for consumers in terms of peace of mind and also reduction of liability. It is also good for merchants as it reduces their liability.”

Mr Hribovsek of Visa believes that as plastic cards become less relevant, tokens can expand payment possibilities. There are now 3.2 billion Visa accounts with access to 46 million merchant points and the aim is to increase those numbers with token-based accounts instead of cards. “The priority is to make the infrastructure safe and secure for all of this to happen.”

The company’s new Visa Token Service (VTS) is a security technology that replaces sensitive account information, such as the 16-digit primary account number, with a unique digital identifier or token. The token allows payments to be processed without exposing actual account details via the EMV (Europay, Mastercard, Visa) Payment Tokenisation Specification systems.

“This means that the numbers you will store in your phone, your watch or your fridge are always different, which means that if any device is hacked or captured then the number is useless outside of that environment,” Mr Hribovsek explained.

Samsung Pay is an early adopter of VTS, where the Visa number in a user’s Samsung phone is not the same as the one on her Visa card, so even if a hacker captures the VTS number, it is useless outside of the actual handset.

But technology is always changing, and no one can predict hos long tokens on physical devices such as mobile handsets will remain viable. That’s where voice comes in, says Mr Hai of Mastercard.

“My children’s interactions with their handsets are all voice. My daughter is now talking to her iPhone, ‘Siri, set my alarm at 6am,’ while my son talks to his iPhone: ‘Siri, what is 65 times 32?’ They don’t even use their fingers anymore. It’s all voice,” he said.

“Who’s there to say going forward that voice computing and voice recognition aren’t going to be the way to authenticate payment? All I am doing is speaking to a merchant terminal and AI can recognise my voice while biometrics can authenticate it. The payment will just go through without the use of the mobile phone. I don’t know if it will stick but this is something we can experiment on as it can be a very viable possibility.”

So far, so good, but we’re still talking only about payment based on actual money that a person possesses in a bank or card account. What about cryptocurrency? Visa hopes to have that area covered too, with a prepaid card backed by cryptocurrency. Not all markets or merchants will accept cryptocurrencies, but the proposition is that if something is powered by Visa, you can buy anything that is Visa-approved with your digital coins.

Asia is leading the way in market acceptance of digital coins, according to Kris Marszalek, the CEO of Monaco, a Switzerland-based cryptocurrency platform that has operations in Hong Kong and Singapore. In Singapore, Visa has approved a prepaid card programme through Monaco’s issuer, Wirecard AG, meaning people there could even buy property with digital coins.

“Japan and South Korea have huge markets for cryptocurrency so definitely, this is the place to be,” Mr Marszalek said.

With its stated mission of “Cryptocurrency in Every Wallet”, Monaco believes it can bridge the gap between cryptocurrency and the mainstream financial world. Its Visa-affiliated cards allow cryptocurrencies be converted into real money and accepted at the 46 million merchant locations in the Visa network.

Visa has approved similar programmes for US-based BitPay and Shift Card. Their users can convert cryptocurrencies into legal tender and deposit those funds in any bank account linked to a Visa debit or prepaid card.

For cryptocurrencies to gain mainstream acceptance, Mr Marszalek acknowledged that “compliance is the key”, as regulators are still struggling to put practical rules in place, and high volatility in the value of digital assets worries conservative investors and consumers.

“We have a very serious KYC (know your customer) process, we have a very robust AML (anti-money laundering) framework in place and these are just the very basics. What we would like to see is more cryptocurrency companies adopting this kind of attitude.” 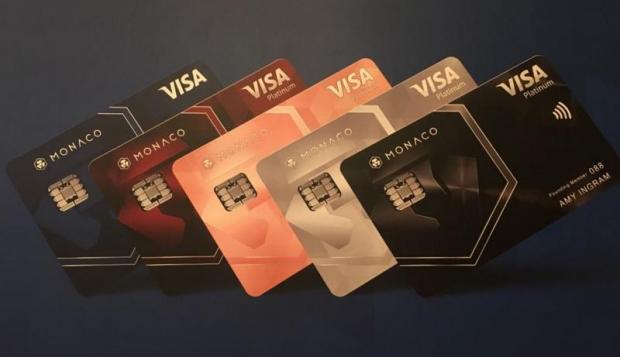 Visa prepaid cards issued by Monaco could bridge the gap between cryptocurrency and the mainstream financial world, the company says. Supplied/Monaco