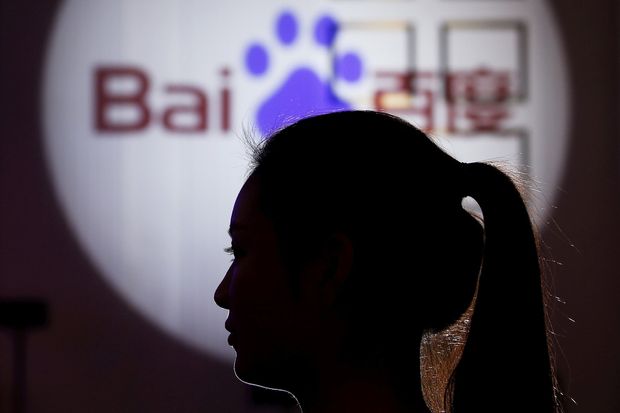 former financial-services unit has attracted a $1.9 billion investment from firms including U.S. private-equity giants TPG and the

The new firm, Du Xiaoman Financial, spun off from Chinese search giant Baidu as part of a corporate strategy to shed peripheral businesses and focus on a push into artificial intelligence. It has also attracted other investors including

and Taikang Group. Baidu announced the new investment on Saturday.

The financing will be used to develop new financial-technology platforms and to expand the unit’s presence in China’s financial ecosystem, Baidu said.

Launched in 2015, the Beijing-based financial-services group runs a mobile-wallet service as well as providing consumer loans and wealth management for its users. By the end of 2017, Baidu had built up its financing business to a loan balance of 28 billion yuan ($4.42 billion), TPG said.

Investible assets in China’s private wealth market were predicted to grow 14% year over year to reach 188 trillion yuan by the end of 2017, according to a study by Bain & Co and

released last August. Official figures were unavailable to confirm that.

TPG, which manages more than $82 billion in assets world-wide, said the firm was eager to tap into China’s growing financial services market. “As savings and lending activities move online, technology companies are able to use their big-data analytics to offer flexible micro-financing to the younger generation of consumers,” said

Du Xiaoman Financial’s fundraising comes as many of its peers seek to tap into capital markets. Ant, which owns popular mobile-payments network Alipay and is one of China’s largest nonbank lenders, is currently in talks with potential investors to raise at least $9 billion, The Wall Street Journal reported earlier this month.

adding that a new shareholding structure would allow the financial-service group to obtain new market licenses and expand further.