What do Trump&#039;s tariffs and Ferris Bueller have in common? Anyone? Anyone?

Turns out all you needed to know about the Trump administration’s trade policies, you could have learned from that iconic classroom scene from the 1980s classic film Ferris Bueller’s Day Off. Remember the Smoot-Hawley Tariff Act? Anyone? Anyone?

This week some of the best known and respected economists in the U.S. used that very example to warn the president against tariffs, trade wars and protectionist policies. History may not repeat, but as they say, it often rhymes.

In the lead-up to this week’s meeting between the U.S. and China, 1,100 economists signed a letter of warning to the U.S. president. The U.S. has proposed tariffs on up to $150 billion of Chinese imports. China has responded with tariffs of its own.

“My message to the president is he better be very careful,” said Robert Engle, a Nobel-winning economist and professor at NYU. “We’ve had 88 years of reductions in tariffs and to suddenly increase them again against our allies and trade representatives, it seems like madness”

The letter quotes entire passages of another, similar warning penned by economists 88 years ago. Back then, the economists were worried about the Smoot-Hawley Act. The act has gone on to become a token for bad policy and also carved itself into pop culture history.

In that famous scene is from the 1980s classic Ferris Bueller’s Day Off, actor Ben Stein was asked to improvise something from an economics class that would bore students to tears. Off the cuff, he riffed about the Smoot-Hawley, Act which slapped steep tariffs on hundreds of products.

Its origin story is weirdly similar the economic situation today.

Start back in 1928. The U.S. economy was thriving. The stock market was booming. But farmers were feeling left behind. The industrial revolution meant horses and mules were replaced by cars, trucks and tractors. So farmers who produced feed for all those horses and mules suddenly faced over-supply and lower consumption. 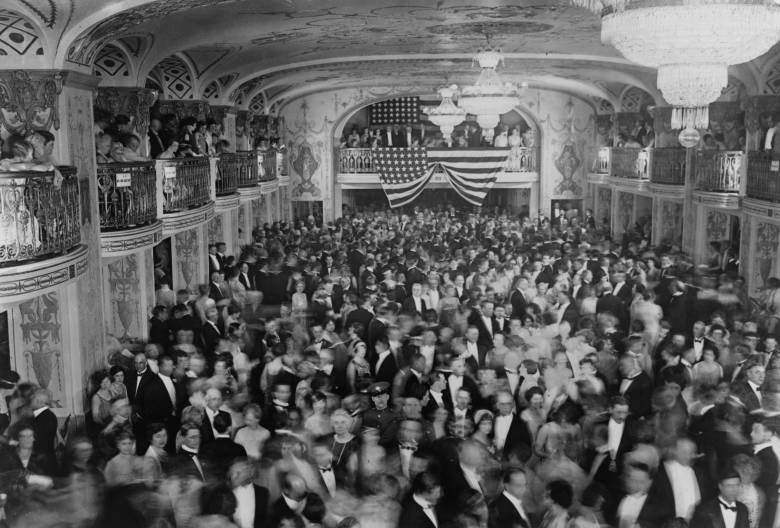 President Herbert Hoover’s inaugural ball at in March 1929. Hoover introduced steep tariffs to pull the U.S. out of the depression. The strategy failed. (Library of Congress/Reuters)

The agricultural sector was then a giant of the American economy and wielded a lot of influence, so farmers lobbied Congress to offer some protection. In the 1928 presidential campaign, Herbert Hoover promised to help farmers. He won and vowed to make good on the promise. Enter Reed Smoot, a senator from Utah and Willis Hawley, a representative from Oregon.

They introduced tariffs on two agricultural products that were facing the most foreign competition at that time — wool and sugar. Not surprisingly, others wanted similar protection. Industry after industry lobbied for tariffs of their own. Eventually tariffs were proposed on 800 different products .

More than 1,000 prominent economists sent a letter pleading with Hoover to veto the legislation. Henry Ford visited the White House hoping to convince the president to change his plans. But Hoover stuck to his guns. Other countries imposed tariffs of their own (Canada, for example, charged a 233 per cent tariff on eggs). 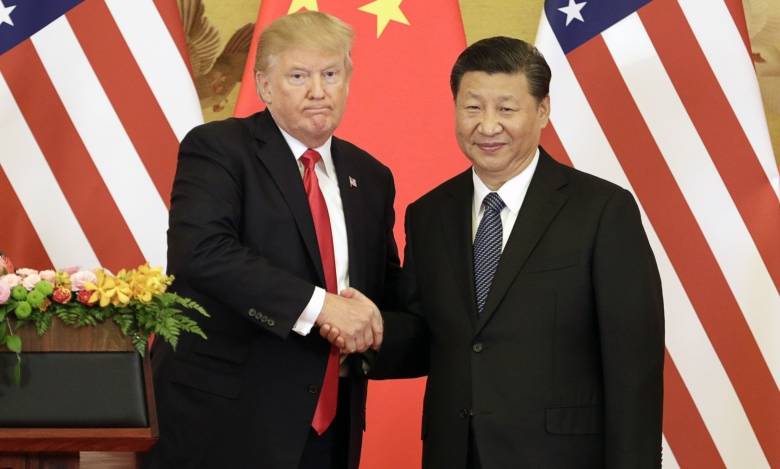 Economists are warning Trump that a brewing trade war between China and the U.S. may cost the global economy. (Qilai Shen/Bloomberg)

“Did it work?” actor Ben Stein droned on to his movie’s classroom. “Anyone? Anyone know the effects? It did not work and the United States sank deeper into the Great Depression.”

And today, economists are raising those same warnings.

This generation’s economists sent a plea to the Trump administration quoting entire passages from that original 1930 letter, warning specifically about the impact of the Smoot-Hawley Act and the unintended consequences on the American economy. They say the simple transaction of trade must be upheld — that countries cannot permanently buy from one another unless they are permitted to sell to one another.

“We would urge our government to consider the bitterness which a policy of higher tariffs would inevitably inject into our international relations,” the letter read. “A tariff war does not furnish good soil for the growth of world peace.”

Engle said much of the world economy is dependant on open access to world markets.

“If we start putting on tariffs, all these business arrangements are going to be disrupted,” he said. “I think there is a big concern by the financial sector and the real economy that this would be very costly for everybody.”

One of the biggest lessons from the Smoot-Hawley Act was that there are always unintended consequences. The U.S. wanted to protect farmers but ended up making things harder and more expensive for everyone. There is always a reaction and it’s often unpredictable.

So, as the administration sits down with China this week, one can’t help but wonder: Will they heed the lessons of the past? Anyone? Anyone?