Crypto prices traded sideways ahead of next weeks Consensus conference in New York, which one analyst has said could be a cue for another move higher for digital assets.

“Very quiet. The bulls will say it’s an accumulation phase. The bears will say it’s the markets turning cautious based, at least in part, on Buffett, et all,” wrote Jeff Koyen, President of 360 Blockchain USA in an email to MarketWatch. Koyen added that he’s inclined to think the former.

Read: Why bitcoin could rally more than 70% in the coming week, Fundstrat’s Lee says

Almost completely unknown a few years ago, cryptocurrencies have exploded into the spotlight, led in part by the surge in the value of bitcoin, which rose more than 1,000% in 2017.

In a survey by Dalia Research, a Berlin-based tech startup, results showed that Asia remains the most popular continent for cryptocurrency owners.

Surveying nearly 30,000 people across eight countries, 49% of respondents said they have some knowledgeable of cryptocurrencies. Of the countries surveyed, Japan, 61%, and South Korea, 60, topped the list with the U.S. ranked fifth with 47%. 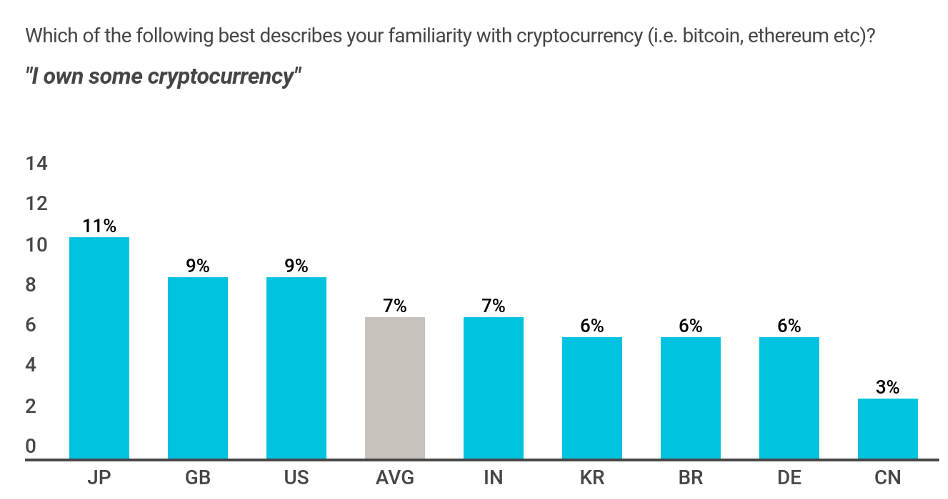 “Unsurprisingly, Japan has the highest degree of adoption and is the only country to score in the double digits for ownership, at 11%. This is in line with the general consensus in the cryptocurrency space, where Japan is believed to be leading the world,” wrote Rytis Jakubauskas of Dalia Research.

CryptoWatch: Check bitcoin and other cryptocurrency prices, performance and market capitalization—all on one dashboard