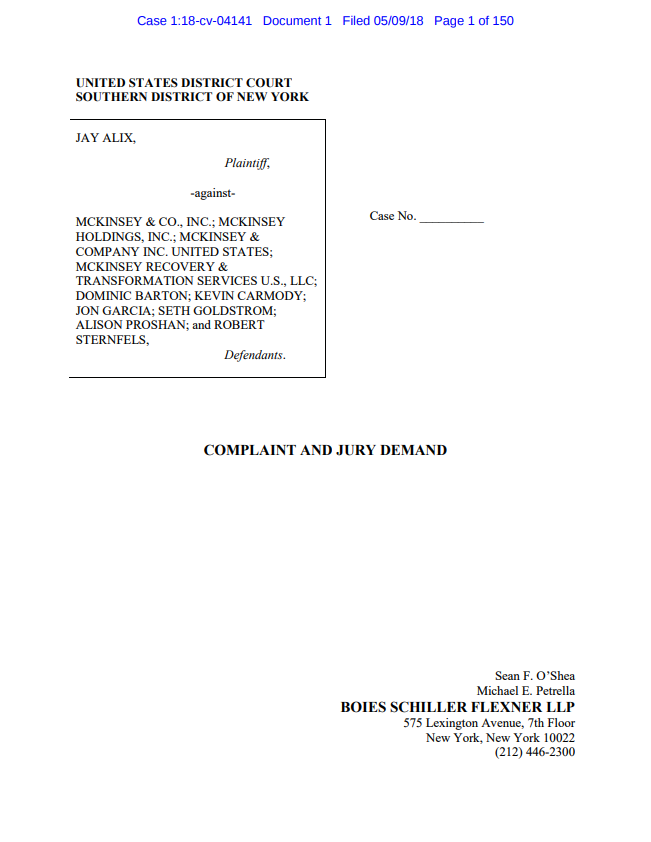 Do also consider what McKinsey told the FT:

This action is the latest attempt by Jay Alix and AlixPartners to harass and disparage McKinsey using baseless and anti-competitive litigation, which courts have consistently rejected.

Mr Alix is a founder, board member and continues to be a major shareholder in AlixPartners, which is a competitor of McKinsey RTS in the restructuring context. We will vigorously defend ourselves against these meritless claims and expose Mr Alix’s clear pattern of anti-competitive behaviour in court.

The case concerns a slew of corporate restructuring contracts that McKinsey won where Alix alleges it failed to disclose “numerous connections to interested parties and conflicts of interests as required by law”. In theory helping it to garner lucrative fees for work that could have been rewarded to competing restructuring firms.

Among the bankruptcies mentioned in the suit, eagle-eyed readers may spot hedge fund graveyard SunEdison, which filed for Chapter 11 in 2016.

The suit follows the Wall Street Journal’s work on McKinsey’s reporting of its conflict of interests in bankruptcies. See this nifty infographic to get an idea of the scale of the its disclosure versus rivals: 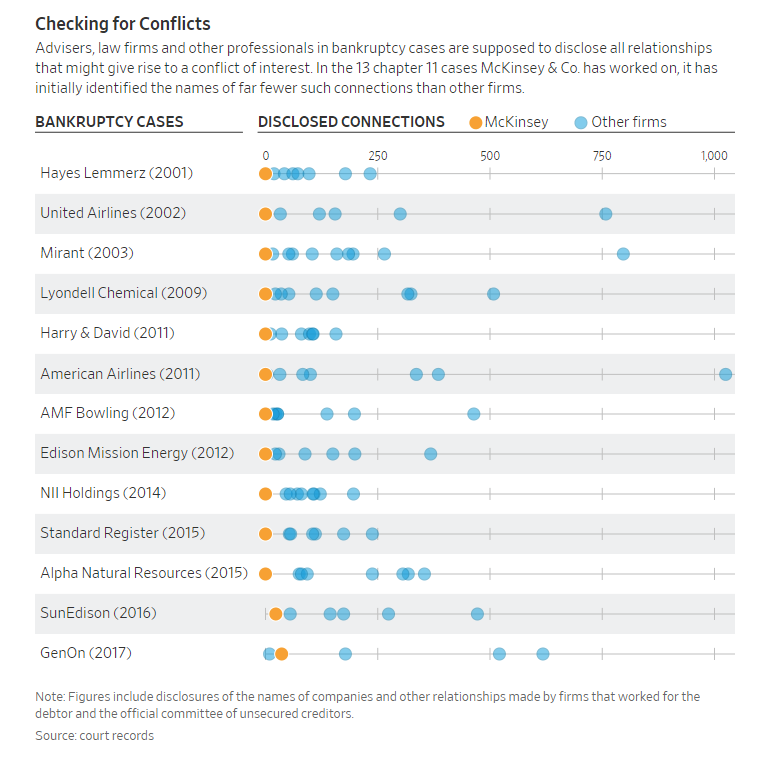 Comments and thoughts welcome below, particularly by our legally informed readers.