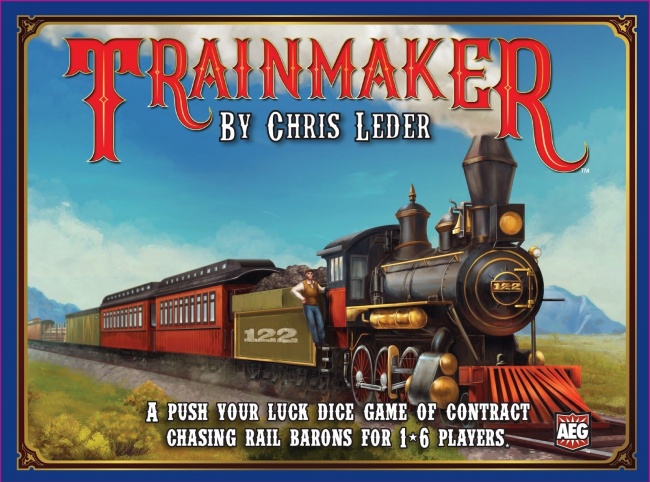 Alderac Entertainment Group has shared details on its September releases: Trainmaker, Greedy Kingdoms, Magical Treehouse, and Smash Up: Oops You Did It Again.

Trainmaker is a push-your-luck dice game designed by Chris Leder. Players roll dice to build trains, hoping to complete contracts, deliver passengers or materials for sale across the U.S. The box contains 7 20mm six-sided train dice, 40 tarot sized city cards, 12 tarot sized contract cards, 6 switch track tokens and a rulebook. The game is for 1 – 6 players, ages 14 and up and plays in 10 minutes. MSRP is $24.99. 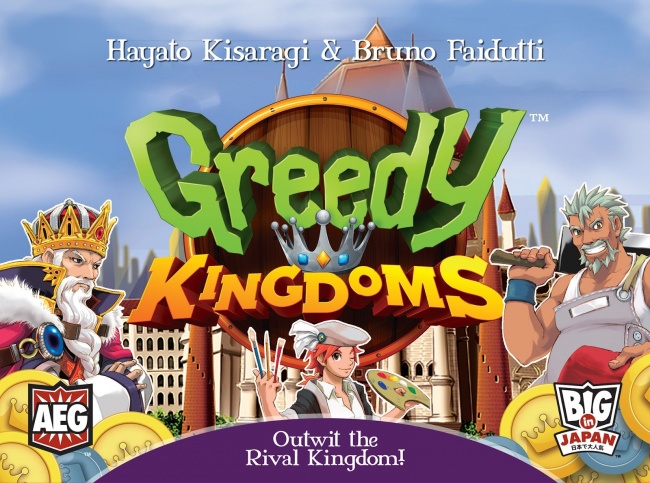 A new release in AEG’s “Big in Japan” line, Greedy Kingdoms is a two-player bluffing game designed by Hayato Kisaragi and Bruno Faidutti. Two players deploy their heroes to attack and defend their kingdom, while collecting resources and building two Royal Palaces first. The box includes 72 cards, 48 resource tokens, and a rulebook. The game is for 2 players, ages 14 and up, and plays in 20 minutes. MSRP is $24.99. 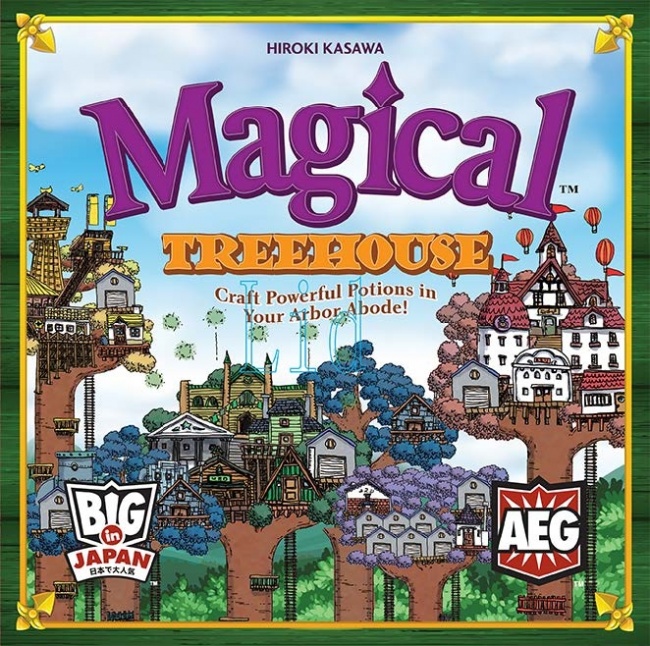 Another “Big in Japan” release, Magical Treehouse is a drafting and worker placement game, where players attempt to build the best treehouses while also gathering more resources. Players are wizards, whose skills will be judged by how well they craft potions. To do that, a treehouse must be built to remove the potions from the forest floor. So wizards build a treehouse, and have their familiars bring them supplies. The box includes 6 double-sided forest tiles, 1 biscuit tray, 1 turn order track, 4 player boards, 4 carriage tiles, 10 objective tiles, 96 planning cards, 1 direction of play tile, 40 familiars, 20 biscuits, and a rulebook. The game is for 2 – 4 players, ages 14 and up, and plays in 60 – 90 minutes. MSRP is $34.99. 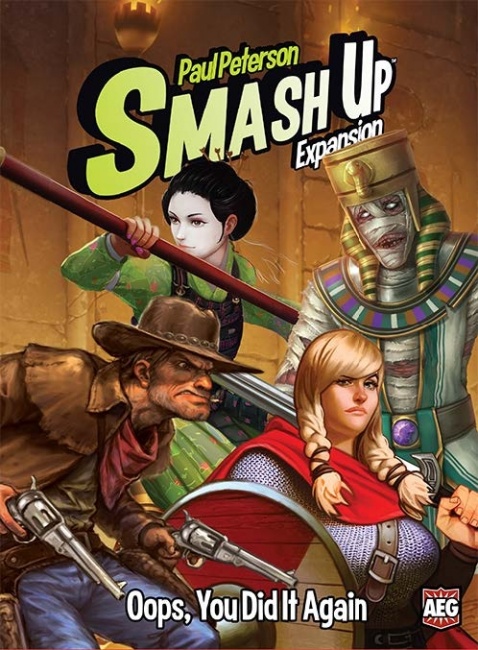 Smash Up: Oops You Did It Again is a fan-chosen expansion for the popular Smash Up card game line. Fans of the game have decided to add cowboys, samurai, ancient Egyptians, and Vikings. This release also introduces dueling and burying mechanics, which will change players strategies.  The box includes 88 cards and a rulebook. The stand-alone expansion is fully compatible with all other Smash Up releases. The game is for 2 players (or can be expanded to 4 players with the full game), ages 14 and up, and plays in 45 minutes. MSRP is $24.99. Alderac is introducing some new organized play for Smash Up this summer (see “‘War Chest,’ ‘Expansions for ‘Mystic Vale’ and ‘Smash Up’”).