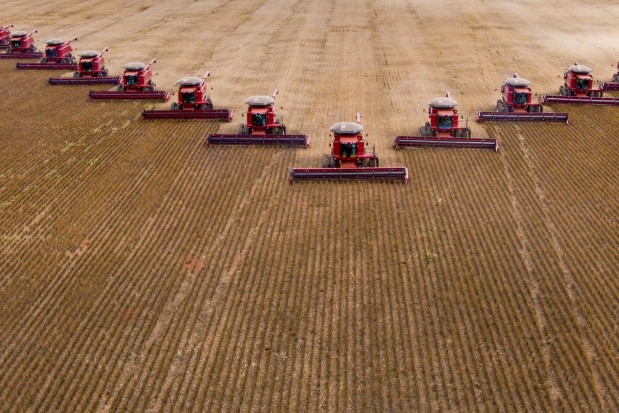 The deal was completed using the R3 Corda platform, with a cargo of soybeans exported from Argentina to Malaysia.

It was done using the letter of credit (LC) module of Corda, which has been developed by 12 banks. This enabled the transaction time to be reduced from a standard five to ten days, to 24 hours. The LC was issued by HSBC, with ING acting as the advising bank. The value of the transaction has not been disclosed.

While the LC was executed on blockchain, other elements of the transaction cycle – such as the bill of lading – were not.

Vivek Ramachandran, HSBC’s global head of innovation and growth for commercial banking, tells GTR that we can expect to see another few live transactions on this platform, as the bank learns how it interacts with the systems of other banks and corporations. However, the primary focus now will be on driving industry-wide adoption.

“We’ve still got a few more steps to do before we get to widespread adoption,” Ramachandran says. “A lot of people have been wanting to make sure that it works with a live transaction. That’s part of the reason this is exciting, to be able to demonstrate that a live commercial transaction with a flagship global trader and two global banks on each side of the transaction, actually works.”

While this is arguably the most advanced trade finance development on blockchain to date, the industry has a years-long history of trialling the technology, with the hype at times reaching deafening levels.

In late-2016, Commonwealth Bank of Australia and Wells Fargo closed a US$35,000 transaction for two subsidiaries of Brighann Cotton, taking 88 bales of cotton from Texas in the US to Qingdao in China, using Skuchain’s Brackets blockchain-based solution.

Since then there have been a plethora of pilots, trials and proofs of concept, but general frustration in the industry that nobody is bringing blockchain technology to operational trade finance. There have been signs over recent months, however, that this is getting closer.

Batavia, a blockchain-based trade finance platform developed by IBM and a consortium of five banks, completed its first live transactions with corporate clients in April and is thought to be close to commercial use.

we.trade, a European platform for managing, tracking and protecting trade transactions between SMEs, backed by nine banks, is aiming to launch to business clients in the third quarter of 2018.

In India last month, meanwhile, a government-backed invoice financing platform went live with a blockchain-based solution that allowed the various companies involved to share information to prevent double financing via blockchain. However, there is no financing element to this product.

The bank had been involved in one of the earlier blockchain projects for trade finance, when it worked with Bank of America Merrill Lynch and the Infocomm Development Authority of Singapore (IDA) on a proof of concept (PoC) to mirror letters of credit using distributed ledger technology.

However, its work on the Corda platform has apparently accelerated beyond its other blockchain developments.

Corda is a platform owned by R3, a US company founded by David Rutter, with members including more than 200 banks, financial institutions, regulators, trade associations, professional services firms and technology companies.

In April, an application for syndicated loans called Fusion LenderComm became the first to go live on the Corda platform. The app had been piloted by banks including BNP Paribas, BNY Mellon, HSBC, ING, Natixis and State Street. It had been developed since early-2017 by fintech company Finastra and R3.

ING has also been heavily involved in the trade-based developments on blockchain technology. As well as being among the banks working with Fusion LenderComm, it was reported to be working with trading house Mercuria and French bank Société Générale to build a blockchain solution for oil trading, early in 2017.

The bank’s managing director for innovation in wholesale banking, Ivar Wiersman, says: “It’s exciting to see this transaction has been completed successfully with clear client benefits in speed and ease in execution.”