Stocks shrugged off ‘sell in May’ and are now setting up for a summer rally | Sharp Credit – Finance News, Credit Help, Cryptocurrency exchange 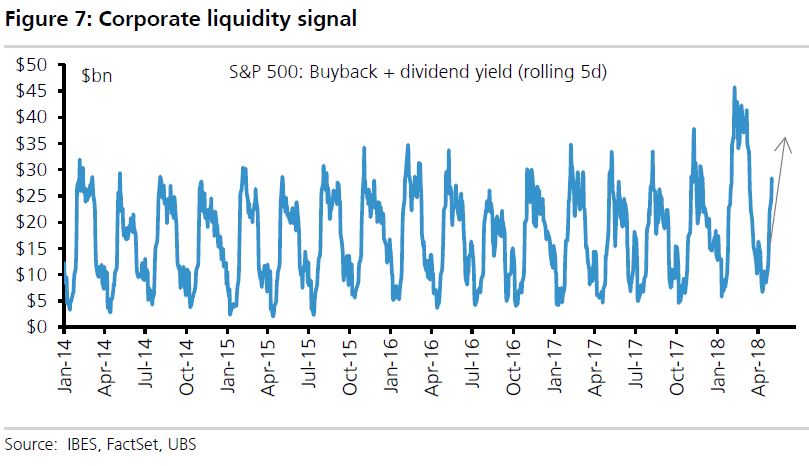 Even if stocks hit a few speed bumps, they are showing signs of renewed strength that could propel the market higher in the summer months.

Instead of talk about stocks bottoming, there’s more chatter recently about new highs, as small caps flirt with their former highs and money is jumping in to tech after this spring’s washout.

“I think the incremental positive is we broke the string of lower highs that’s been in place since January. Our take is the correction that began in January is coming to an end,” said Ari Wald, technical analyst with Oppenheimer.

A number of analysts say ignoring the “sell in May” phenomena this year should be a good thing.

“I think you’re seeing leadership reassert. Twenty-five percent of the market cap — tech — is now doing better. The fact we’ve seen small-cap outperformance is reflective of a market that does seemingly want to take on some risk,” said Keith Parker, chief U.S. equity strategist with UBS.

Parker also said the market stands to gain going into the summer simply on the sheer power of corporate buybacks. Buyback announcements are up 80 percent this year, and the actual buybacks are up about 50 percent, according to UBS. Corporations should be buying stock back for the next few weeks until the quiet period ahead of earnings in June, he said.

The market is not without risks, and those things that have been worrying it — trade wars, higher interest rates, geopolitical tensions — have not gone away. Oil prices could become a brake on market gains at some point, but so far stocks have taken a near four-year high in oil prices in stride. But if Middle East tensions set off an oil price spike, that would be a worry for stocks.

Analysts say the fears about trade wars, however, seem to be fading, in part because it appears there will be a new NAFTA agreement.

Also, President Donald Trump appears to have eased his stance toward China, after his weekend tweet on ZTE, and there are now signs the two countries are moving toward a deal that could give the company a reprieve from U.S. sanctions.

The more positive news on trade helped push stocks higher Monday. But the small-cap Russell 2000 ran against the trend, giving back gains after touching an intra-day high of 1,614, just a point below its all-time high. The index closed down 6 at 1,600.

The S&P 500 was higher on Monday by 2 points, at 2,730, and is now up 2.1 percent year-to-date, though 5 percent below its all-time high. Energy led with a 0.6 percent gain on higher oil prices, and technology was flat. In the last month, S&P technology has risen about 6 percent, while energy is up about 8 percent.

Detrick said it could be an easy leap for the S&P 500 to reclaim its old high.

“We think it definitely could happen sometime this summer. The small-caps leading is very powerful. The last time we saw something like this with the small-caps breaking away was January 2013 … that was not the worst time to be bullish over the next six months or so,” he said.

He said the market should be able to defy the old adage “sell in May,” a warning that comes with concerns that the second part of the year, specifically between May and October, is weaker.

Robert Sluymer, technical analyst at Fundstrat, said the market could see a brief pause or move lower before a summer rally. But he also sees the market getting back to its uptrend after the winter and spring correction.

“I do think the S&P retests its old highs, as we move into Q2 and into Q3. Beyond a near-term pullback, you’re going to see large-caps retest their old highs,” Sluymer said.

But Wald sees weakness later in the summer after weeks or months of gains. As investors consider the mid-term elections in late summer, stocks could get choppy but resume their move higher later in the year.

“There are some things that could jump in the mix and throw cold water on market sentiment, primarily politics,” said Katie Nixon, chief investment officer at Northern Trust’s Wealth Management unit. “We’re coming up to midterm elections.” She said investors could worry that a change in congressional makeup, ending GOP majorities, would also reverse or end some of Trump’s market-friendly policies.

“There’s some potential noise that could work its way into the system. If you look beyond the summer, we’re talking about healthy earnings” as well as a Fed that will not be moving quickly. “That’s typically a really good environment for risk assets,” said Nixon.

Parker said other positives are that inflation is relatively contained, so the Fed won’t be pushed to hike interest rates more rapidly. “Growth is picking up through the third quarter as fiscal stimulus works its way through, and earnings continue to deliver and corporate buying is strong,” he said.

He said even with the 23 percent growth in first-quarter earnings, there have not been that many upgrades to the second, third or fourth quarters, even to just reflect the base effect of first-quarter gains, so there could be earnings beats that continue to boost the market.