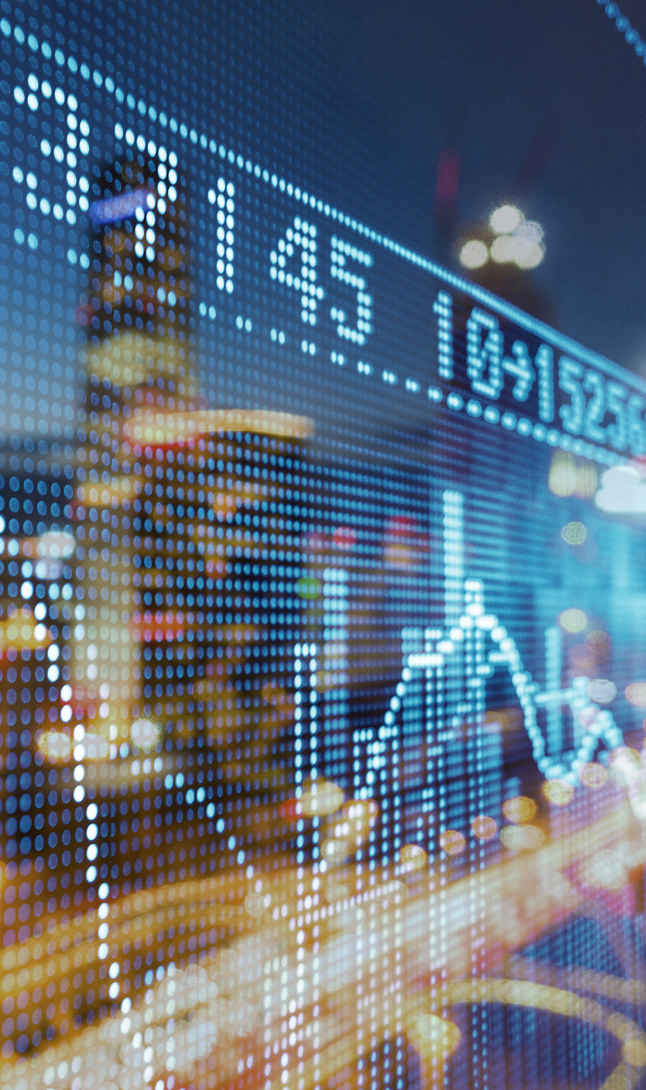 The global insurance industry will grow more strongly than the global economy in 2018 and 2019. This year and next, we expect global premium to grow by more than €460bn in all. This is equivalent to average annual premium growth of 5.3% (in real terms, i.e. adjusted for inflation: 3.7%), whereas global GDP is expected to grow by only 4.9% (3.3% in real terms). Life insurance, in particular, looks set to return to strong annual premium growth of 5.6% (3.9% in real terms) after a weak 2017. Property-casualty insurance is benefiting from the currently favourable economic environment. In this segment, we are expecting annual growth rates of close to 5% (3.3% in real terms). Emerging countries are the primary growth drivers, but somewhat stronger growth rates in high-volume industrialised countries are also contributing to this positive development.


The long-term outlook for the insurance industry is even more pleasing. In 2030, we expect premium volume to be close to €8tn – almost double what it is today.

China is of particular importance in this long-term perspective, with almost one-third of the additional premium income forecast between 2018 and 2030 being generated there.

The currently much discussed InsurTechs will play a rather subordinate part in market growth. While we think that innovative start-ups may lead to something of a surge in premium growth in emerging markets and developing countries, we are not really expecting additional premium income in the industrialised countries. There, InsurTechs will change the market considerably through their role as digital brokers, as well as through product innovations and the use of new technologies along the value chain, but this is not expected to result in any significant change in premium growth.

Property-casualty insurance should benefit from the positive economic trend. In 2018/2019, we expect global premium in this segment to grow at the same rate as the global economy – nominally by an average of 4.9% and in real terms by 3.3%.

In the USA and Western Europe, growth rates of between 3.5% and 4% (around 2% in real terms) should be achieved – slightly up on 2017. In the saturated markets of Asia, we are also anticipating a slight increase in growth in 2018, although in 2019 the planned VAT increase in Japan is likely to weaken the economy there and consequently also premium growth.

In the emerging markets, we are expecting high growth rates of 9.5% on average (7.9% in real terms) for 2018/2019. In some Latin American markets – Brazil especially – the economic recovery should have a positive impact on property-casualty premiums. We project that growth in this region will come to around 6% (4% in real terms) in 2018/2019. In the Middle East and North Africa, we are anticipating a high level of stable growth, and in sub-Saharan Africa normalisation should follow extraordinarily strong growth in 2017 as a result of the improved economic environment and significant rate increases in South Africa.

We expect to see declining growth rates in Eastern Europe and also in the emerging markets of Asia, where the forecasts are largely dependent on developments in China. Although average growth there should be very high at 14% (in real terms, still in double digits at close to 11%), this is likely to slowly flatten – in line with the economic trend.

Life insurance is generally subject to greater fluctuations than property-casualty insurance, due to single-premium business in particular. Overall, following weak growth in 2017, we are therefore expecting growth rates to normalise at an average of 5.6% (3.9% in real terms) over the next two years.

The USA and China are the drivers of this trend. According to provisional figures, in 2017 premiums in the USA fell by more than 4% in real terms. The reason for this was a decline in annuity business due to political and regulatory uncertainties. For 2018 and 2019 – supported by rising interest rates – we are expecting a return to positive growth, with a significant impact on global figures. With a global market share of close to 20%, the USA is currently the most important life insurance market. China already ranks third behind the USA and Japan, with a market share of over 12%. Given the catch-up potential that continues to be seen here, it is no wonder that China’s high growth rates of almost 20% (over 15% in real terms) are also an important driver for global premium growth.

In Western Europe and the developed markets of Asia, we project moderate growth as a result of sustained low interest rates, whereas in the emerging markets – with the exception of sub-Saharan Africa, which is influenced by developments in South Africa – we are expecting the trend to be towards higher growth. In Eastern Europe, the extremely high growth rates seen in Russia in past years are likely to slowly level off, while in Latin America we expect to see a recovery again, following low growth in 2017 due to recession.

Prospects are also good for the long-term outlook. In 2030, premium volume will most likely amount to around €7.9tn – almost double the volume of €4.2tn in 2017. Of the additional premium of €3.7tn by 2030, some €1.2tn is expected to come from China alone. Almost two-thirds of this is likely to derive from life and health insurance business, with the rest coming from property-casualty insurance.

Despite these high growth rates, in 2030 the USA will still be the world’s biggest insurance market, with a market share of almost 24%. China will move into second place, overtaking Japan.

What is striking is that – despite years of sustained high growth – China still ranks third among the strongest growth markets. All the other top growth markets have a significantly lower market share of below 3%. Besides China, other emerging markets in Asia – India and Indonesia, for example – are among the top growth markets, which means that between now and 2030 the region is expected to have average growth rates of well over 9% (7.2% in real terms) in property-casualty insurance and slightly over 10% (8.0% in real terms) in life insurance.

However, as insurance penetration (premiums in % of GDP) in China is currently already high, the strong growth rates are likely to level off over the next few years, which is why we are forecasting real growth of between 5% and 6% as from 2025. In the other emerging markets of Asia, as well as in many African countries, we are nevertheless expecting the catch-up process to continue for quite some time, given the currently very low level of development of the insurance markets there.

What impact are InsurTechs having on market developments?

In saturated markets, i.e. the industrialised countries, InsurTech companies have grown significantly in importance over the past three to four years, but the high level of saturation there means that additional premium growth is not very likely. We also think it unlikely that start-ups will squeeze out traditional insurance companies to any major extent, as capital requirements and regulations in the industrialised countries make it difficult for new players to acquire an insurance licence. Most InsurTechs currently operate as digital brokers or in partnerships with traditional insurance and reinsurance companies. Although InsurTechs, in their role as digital brokers, constitute competition for traditional sales channels – which could lead to a shift in market shares – the overall impact on premium volume across the market is most likely to be quite small in the industrialised countries.

In developing countries and emerging markets, however, InsurTechs play a different role. FinTechs in general are expected to see major growth in the emerging markets. According to studies1, in these markets alone, FinTechs could generate additional GDP of US$ 3.7tn by 2025, as mobile phones facilitate access to financial accounts. By 2025, low per-capita-income countries like Ethiopia, India or Nigeria could augment their GDP by 10–12% through FinTechs, while middle-income countries like Brazil, China or Mexico could still add 4–5%.

These possible developments also hold additional potential for the insurance industry. This is because rising per-capita income also leads to increased insurance penetration; this is currently still low in emerging markets, especially in developing countries, and offers tremendous catch-up potential.

What is more, InsurTech start-ups benefit from the achievements of FinTech companies, as new financial technologies also allow insurers’ product ranges to be expanded, alternative sales channels to be created and additional groups of clients to be reached. InsurTech companies can therefore play an important role in these hitherto underdeveloped insurance markets by offering simple, innovative and needs-based products digitally, and thereby developing new markets.

Take microinsurance start-ups, for example: for health or crop insurance, mobile telephones can be used to take out policies with relatively low premiums and sums insured, and to pay premiums, report claims and pay out benefits. Particularly in many African countries with a high mobile phone density, InsurTech start-ups can provide an additional boost to premium growth.

1How digital finance could boost growth in emerging economies, McKinsey Global Institute, September 2016, in: FinTechnicolor: The New Picture in Finance.