Pocketinns, the New York-based operator of a European travel marketplace site, opens an initial coin offering (ICO) Monday, Jan. 15, to fund the development of a broader peer-to-peer marketplace. PocketInns says it has registered its ICO with the U.S. Securities and Exchange Commission (SEC) as an exempt securities offering under Rule 506c.

Pocketinns operates the Umbrella Project, a vacation rental marketplace site that operates in Europe with, according to the company’s ICO press release, over 50,000 rental properties throughout Europe. Founder Sarva Mada told BlockTribune last month that the service has about 10,000 users.

Pocketinns aims to turn the Umbrella Project into “an autonomous ecosystem with no central point / middle man,” taking on a list of incumbents that includes Airbnb, Amazon, Uber and GrubHub. The company describes its approach as “a Netflix-like monthly subscription monetization model that can empower users to trade any product and service, from vacation rentals, to ride sharing and ecommerce, without the need of a third-party.”

Pocketinns is issuing an ERC20-compliant token (PINNS) “to facilitate every aspect of the transaction.”

“By employing a blockchain-oriented model, we can return control to those doing the transactions: the buyers and sellers,” Mada said in a statement. “Our vision is to allow consumers to reap the full rewards of the business they conduct without being held hostage to unfair transaction fees and privacy violations. Allowing any two willing parties to transact directly with each other has always been a vision for the cryptocurrency community. The vision is turning into a reality and it’s a beautiful thing.”

Pocketinns plans to issue a total supply of 150 million PINNS tokens, floating 30 million of them in the ICO, which is open to accredited investors and “is compliant with federal anti-money laundering (AML) and Know Your Customer (KYC) standards,” the company says. The ICO will be structured as a reverse Dutch auction, running Jan. 15 through Jan. 31, or when a hard cap of US $46 million is reached. In reverse Dutch auctions, issues begin with a high price that declines over time. The minimum purchase is 1 ETH. There was no presale or private sale. Tokens offered in the ICO that remain unsold after the close will be destroyed, the company says.

Pocketinns says it has “comprehensively audited” its own smart contracts. 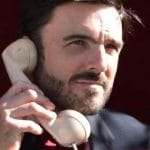