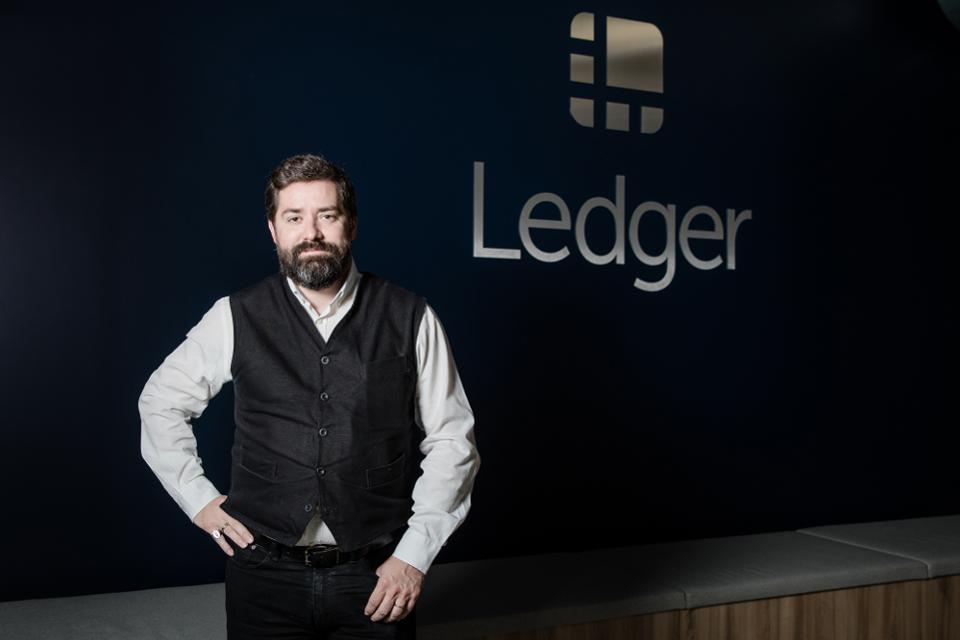 – After raising $75 million in January, Ledger is planning to raise more money this year and a source close to the company says Siemens, Samsung and Google have looked at its financials.

“One million dollars straight in crypto, in cold storage,” said hedge fund chief Bobby Axelrod on HBO’s Billions in May, handing a mysterious-looking USB stick to his loyal lieutenant.

Rather than PDFs, the stick contained the key to a Bitcoin wallet, an untraceable 21st-century payoff for services rendered.

This isn’t some made-up TV tech either, the stick is called a Ledger Nano S and it’s a real product from a French startup that could soon be Europe’s first crypto Unicorn.

“I guess it was a bit of a stretch,” admits Pascal Gauthier, the president of Ledger, referring to Billions, he says his technology wasn’t quite intended to be used in such a way.

Instead, Gauthier cofounded Ledger to solve the inherent flaw at the heart of the blockchain network that Bitcoin runs on.

“Blockchain itself is secure, but signing on the blockchain is a flaw,” says Gauthier.

For the less crypto-savvy in the room; every Bitcoin user has a private key which gives him or her access to their crypto fortune. “Signing” is the process of using that key to access your wallet and send Bitcoin to another wallet.

The problem is that these “keys” are simply strings of 256 characters which are held outside the blockchain network and are at a hugely high risk of being stolen—someone could simply copy/paste your key and have instant access to your Bitcoin.

“If you lose the [private key], there’s no bank looking after your assets or any way to recover them,” he explains.

In the early days of Bitcoin, people would typically keep their private key stored on their computer but, as the value of Bitcoin soared, the risk of your computer being hacked and your key being stolen grew.

In 2014 Gauthier had just stepped down as COO of Criteo, the ad-tech company he cofounded and which had listed on NASDAQ at a valuation of $1.7 billion, when he found himself drawn to the private key challenge of crypto.

The popular strategy for many people at the time was simply to entrust their Bitcoin fortunes to third-parties, but these third-parties quickly became huge targets themselves, culminating in the Mt Gox hack of 2014 when several cyber-attacks led to the loss of $450 million in Bitcoin.

Gauthier is the former COO of Criteo.

I thought ‘wow, there is a huge problem here’.”

Ledger’s solution was to put private keys, Bitcoin’s “single point of failure”, in what’s known as “cold storage”—physically disconnecting them from the internet altogether on a separate device the size of a USB stick.

It wasn’t a unique idea, there are dozens of hardware wallets available with names like Trezor and Secalot, but Ledger’s ease-of-use and security with devices like the Ledger Nano S quickly made it among the best selling.

Gauthier says Ledger sold over a million devices last year across 165 countries, generating sales in excess of €45 million ($52.9 million) and leading the company into profit, with EBITDA of €25 million ($29.4 million).

His vision of solving the Bitcoin’s biggest flaw has also been backed by some of Europe’s biggest investors. In January Draper Esprit led on Ledger’s $75 million Series B funding round giving the company a valuation reported to be $300 million.

But today Gauthier says selling to consumers is only the start.

Gauthier and Eric Larcheveque, CEO of Ledger, are now poised to take on the B2B crypto market. Credit: Marlene Awaad/Bloomberg.

While the Ledger Nano S’s appearance in TV’s Billions may have been farfetched, it’s not wholly ungrounded in reality.

Gauthier says it was meeting real-life hedge fund managers who were wearing Ledger devices around their necks which inspired the company’s newest two projects.

You need a Ledger Nano S solution for institutions, products that are made for big and small financial institutions.”

The first product is already live, Ledger Vault is a multi-user software product with Nano S-style hardware keys, so everyone in a hedge fund or family office can have access to a single crypto wallet with differing access limitations and requirements (e.g. two physical keys might be needed to make a transaction, or there could be a time delay on certain transactions).

Gauthier says Ledger Vault is already off to a flying start with “literally clients queueing outside our office to buy it”.

The second product is still a work-in-progress.

In May Ledger announced a partnership with Japanese financial giant Nomura to launch a spin-off business called Komainu which will build an ambitious full-custodianship offering—where the biggest financial institutions can deposit their crypto assets in a Ledger-designed vault system controlled by Nomura.

It’s a risky play. Not only is full-custodianship perilous—as we’ve seen with multiple Bitcoin exchange hacks in recent history, the more crypto you hold, the bigger target you are—Gauthier is also swimming against the regulatory tide.

Last month the Bank of England wrote to the CEOs of Britain’s top banks, insurance companies and investment firms warning them to minimize their exposure to crypto-assets.

“I think fair warnings are always good and people need to be careful,” accepts Gauthier, who remains confident that Ledger’s B2B business will be huge in coming years, despite the challenges ahead.

His business-to-business play is ambitious so, to super-charge its success, Gauthier is now considering an unusual funding strategy. 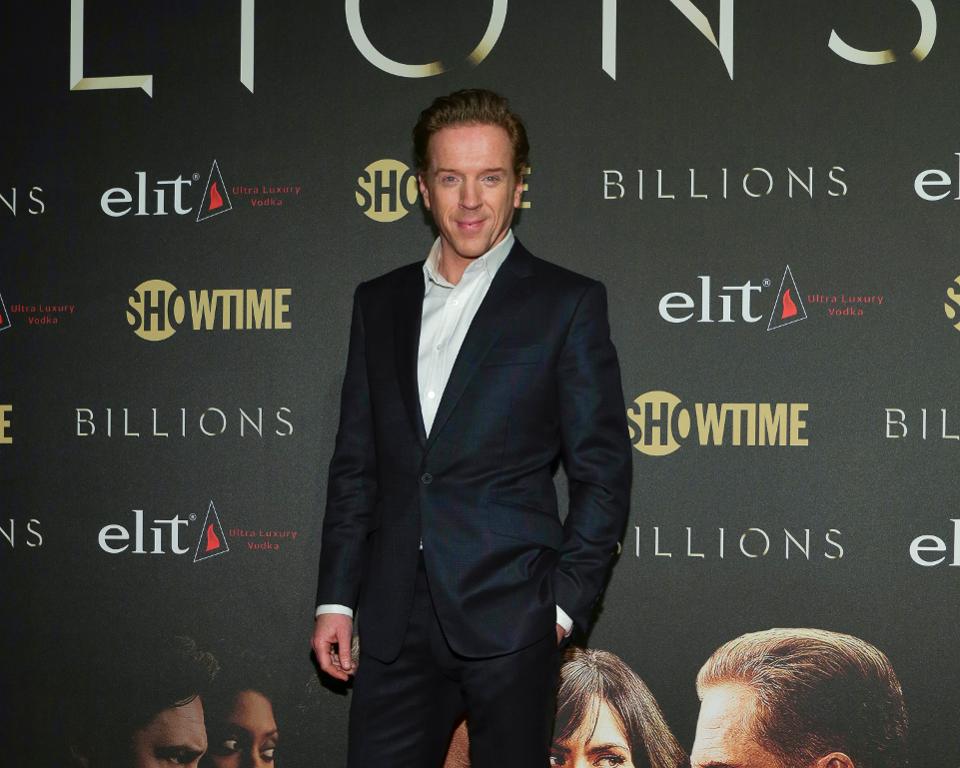 Ledger is in the process of lining up a “second phase” to its Series B funding round which closed in January.

While the January round was all about finding venture capitalists who could advise on Ledger’s consumer Nano S business, this new round is instead about raising money from industrial partners who will also sign commercial contracts with the crypto startup.

“But only if we feel there is a strong business interest to build something with us, an interest that goes beyond just the money,” says Gauthier.

The president won’t name names, saying Ledger is talking to “a lot of people”, but a source with knowledge of the round told Forbes that Siemens, Samsung and Google’s venture arm GV have all shown interest, and that there’s talk of Ledger’s valuation nearing $1 billion.

Such a valuation would make Ledger Europe’s first crypto unicorn.

Ledger declined to confirm or deny a second phase to its Series B, nor comment on how Ledger is valued on the market.

While another funding round isn’t guaranteed, what is certain is that demand for Ledger’s products is only set to grow.

The company is on-track for another profitable year and, with hedge fund managers queueing outside Gauthier’s office, Ledger could quickly be going from TV’s Billions to a billion-dollar business of its own.