Video: Neo-Confederate Corey Stewart Hints at Trump Admin. Position; Says Dems the “enemy to the values of this country”; VA GOP Was 100% on Board with Him; etc. 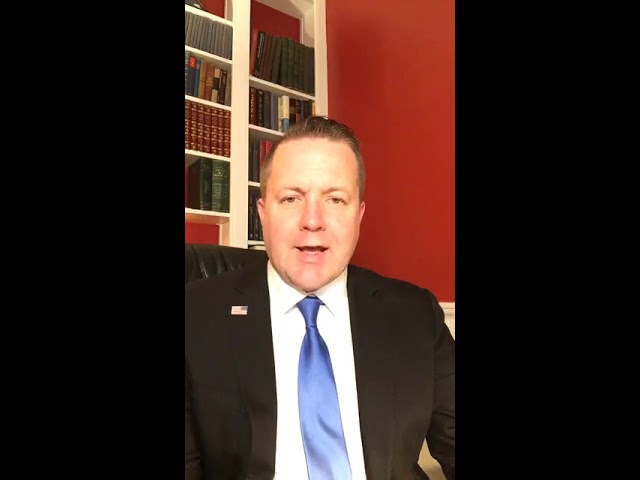 Over the past couple years, I’ve heard numerous people – including in the media – try to argue that Corey Stewart really didn’t mean the insane, nasty, extreme s*** he spewed, that it was supposedly all an act, that he is just a cynical politician, that he’s going to “rebrand” any minute, blah blah blah. Well now, the campaign’s over, and most likely neo-Confederate Corey’s political career, so why keep up the “act” if he doesn’t really believe it? Maybe, just maybe, because it is NOT AN ACT???

Case in point, check out the following video, which Corey just posted on his Facebook page, in which among other things: 1) that the Democratic Party supposedly is “an enemy to the values of this country”; 2) that the Republicans don’t have billionaires like George Soros and Tom Steyer to “pump…money into Virginia” (haha, ever hear of the Koch brothers? Sheldon Adelson? and many others right-wing billionaires/millionaires?); 3) that “the Republican Party of Virginia…was very very supportive of my campaign, we worked together hand in hand” (yep, the Virginia GOP really is the party of Trump and neo-Confederate Corey – vote them ALL OUT next year!); 4) that he holds “no grudges against [Trump] or his administration whatsoever” for feeling “that their time was better spent in other states whether the races were a little bit closer” (note: this, after Corey falsely claimed over and over again that he was within five points of Tim Kaine, that supposedly the polls were tightening, blah blah blah); and 5) that he’s not sure what he’s going to do next, but that he’s supposedly an international trade expert (note: he’s not!) and that “there’s going to be ways that I’m going to be looking to help out the [Trump] administration in that capacity”

Again, all this lunacy comes AFTER he just got crushed by Tim Kaine, and most likely AFTER his political career effectively ended, so why keep spewing it? Perhaps neo-Confederate Corey is exactly who he seemed to be?