Cryptocurrencies Have Failed, And Blockchain Still Has Yet To Find Its Use 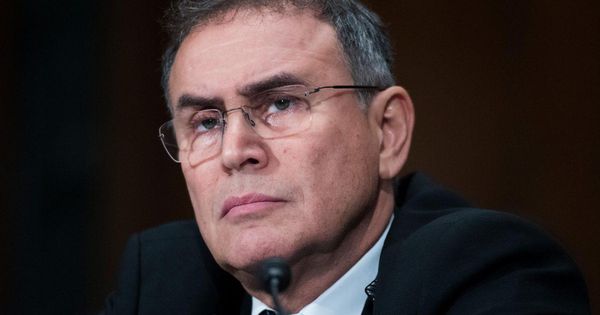 There are two common patterns in technological invention and its subsequent commercialization. The first is a technological breakthrough that sparks interests in commercializing it. The invention of the transistor in the legendary Bell Lab in the 1940s (which later gained the three inventors the Nobel Prize in Physics) fits this pattern. It took a while to work out the commercial applications of the transistor, beginning with the radio, then, in a powerfully transformative way, in computers. The second is an existing demand waiting for a new technology to be invented to meet the need. The invention of the internal combustion engine in the 19th century fits this pattern. The industrial revolution led to proliferating demand for a machine that can provide rotary power to move mechanical devices, including powering land and water vehicles, and eventually aircraft. The internal combustion engine was the answer.

The technology of blockchain and its application called Bitcoin, however, came as a single package. It is a digital currency without a central bank, with transactions verified and recorded in a distributed ledger, the blockchain. Along with the package also came the libertarian utopian hype that this is the beginning of a revolution that will make government, and indeed, any centralized authority, obsolete. And it was this hype, not any commercial success of Bitcoin, that powered an investment craze, pushing up the dollar value of Bitcoin to the stratosphere, spawning a whole host of other cryptocurrencies in the process. In 2017, schemers launched the so called initial coin offerings that attracted over $20 billions of investment, mostly from retail investors, according to the website Coinschedule. Since the beginning of this year, the dollar values of cryptocurrencies have collapsed. The two leading cryptocurrencies, Bitcoin and Ether, collapsed most spectacularly, losing up to 70% of their dollar value, and it appears that the retail investors are also the ones who got hurt the most.

So, what’s next for cryptocurrencies?

It is abundantly clear by now that cryptocurrencies have utterly failed in their purported function as money. The text book definition of money stipulates three criteria: it must be able to serve as a medium of exchange, a storage of value, and a unit of account. As many have pointed out, cryptocurrencies have failed in meeting all three criteria. For example, see the lecture delivered by Augustin Carstens, general manager at the Bank for International Settlements, given at the Goethe University on Feb. 6. Very few day-to-day transactions are conducted with any of the cryptocurrencies, the exceptions are in the so-called dark web where they are used as anonymous medium of exchange of large transactions, equivalent to suitcases full of unmarked large denomination dollar bills that are favored by drug lords and terrorists. Their dizzying volatility means their values are mostly speculative, not for storage. And the fact that cryptocurrencies continue to define their value in dollar terms underscores how useless they are as a unit of account.

Apart from meeting the criteria of the text book definition, the function of money in a modern economy is also critically dependent on its institutional underpinning and support. Governments need to accept it as payment of taxes, the market must accept it for debt issuance, there must be a reasonable independent central bank that competently manages its supply to ensure price stability. In other words, the ability of money to perform all its critical economic functions are embedded in a deep sense of social trust secured with public institutions built around a central authority, the government.

The failure of cryptocurrencies reveals that the attempt to do away with central authority and replacing it with self-governing and decentralized technology is nothing more than a pipedream.  In fact, as Nouriel Roubini, economist at New York University, has argued in his testimony to the U.S. Senate, the ownership and trading patterns of cryptocurrencies are highly concentrated in the hands of a small group of owners and companies, with over 99% of all transactions taking place in centralized exchanges. Roubini also pointed out that wealth is incredibly highly concentrated in the cryptocurrency universe. Wealth distribution in Bitcoin ownership is about twice as worse as income distribution in South Africa, a country with one of the worst levels of inequality in the world. In other words, instead of some kind of decentralized libertarian utopia, the patterns of ownership, transactions, and control reflect a highly centralized and undemocratic operating environment in cryptocurrencies.

If cryptocurrency as a specific application of the blockchain technology has been a spectacular failure, what then of blockchain itself? Once we unbundle the package of blockchain and cryptocurrency, we are then back to the first pattern of technology commercialization: an invention looking for a viable commercial application. Because blockchain was invented to create Bitcoin, what else can blockchain do on its own is a matter of exploration. As yet, nothing has been proven. There are a number of experiments taking place, and significantly all of them are with direct involvement of either the government or regulatory authority. For example, several Japanese banks have recently launched a mobile app for domestic payment called Money Tap that is based on blockchain technology, but it was done with formal approval from the Ministry of Finance of the Japanese government, the operations of which will come under the usual government financial regulation and oversight. And because viable commercial applications of the blockchain technology have yet to be realized, the valuation of the technology today is therefore exactly zero. This does not mean that blockchain is useless. It could be the transistor of the 21st century, or it could end up in the garbage heap of technological inventions that failed to find a commercial application. We will have to wait and see.