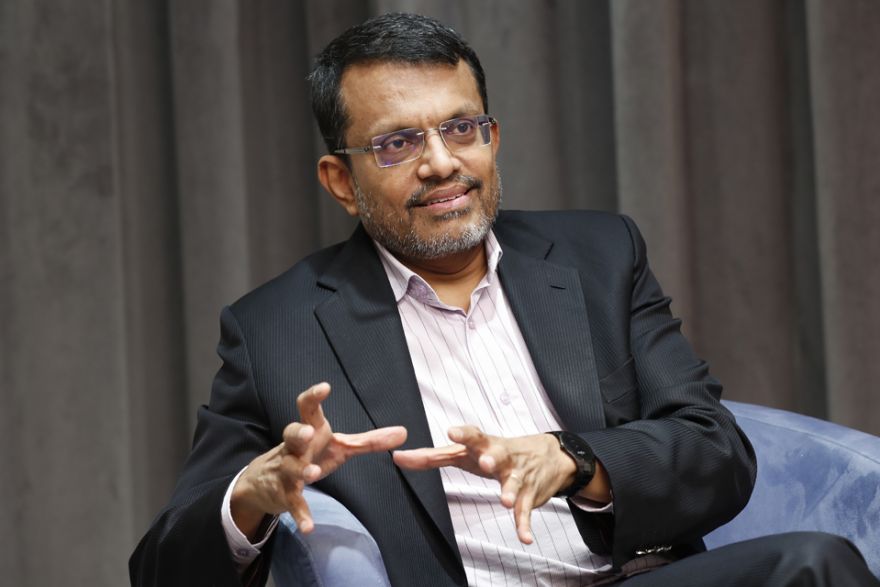 SINGAPORE is eager to have financial institutions and fintech companies here claim a bigger stake in the use of artificial intelligence (AI), leveraging data analytics to drive efficiency and raise financial inclusion at the same time.

This comes as the infrastructure behind a smart financial centre is being put in place, following a decision some three years ago by Monetary Authority of Singapore (MAS) to build up the local financial sector by seizing the power of technology.

MAS managing director Ravi Menon has said fintech presented an opportunity “to inject new dynamism and new growth in financial services”. He pointed to the rising promise in the financing ecosystem, as venture capital (VC) and private equity (PE) match up with startups here, including some 500 Singapore-based fintech firms.

Today, there are some 220 VC and PE managers in Singapore, with VC and PE assets under management here growing at an average of 28 per cent per annum over the last five years. And as a signal of the interest in Asia, more than three-quarters of their investments are across Asean, South and North Asia.

Meanwhile, more than 30 innovation labs have been set up by financial institutions here, as they ramp up their investment and focus on digital solutions.

The use of AI – a big theme at this year’s Singapore FinTech Festival – is a clear business imperative for banks.

Mr Menon told The Business Times that banks are seen as conservative and ask multiple questions before approving credit or fund transfers because flaws in fraud detection and risk management bedevil many financial institutions.

The trouble is that in the midst of uncertainty, the banks can end up de-risking, which can keep consumers and small corporates outside of the financial system. This financial exclusion can rob economies of growth, which is why technology should be used to help increase efficiency and inclusion, as well as reduce risks and costs.

These reasons make it worthwhile for banks to keep plugging away at using technology to boost their operations, said Mr Menon. Fintech, thus, is an opportunity to manage risks better.

“Financial institutions were pouring ever more resources into compliance and risk management – and still getting into trouble,” he said at the GIC Institutional Investors Roundtable in late October.

Banks have also raised their efficiency in changing up archaic practices used for payments. Mr Menon pointed to several digital solutions used by banks to speed up approval processes for credit applications by tapping on MyInfo, a central repository of Singapore residents’ personal data that are used in all forms of verification for banking services.

MAS recently said it would standardise QR code for e-payments, and open up the interbank payment rails to fintech operators, putting in place the big pieces in the puzzle that make up Singapore’s smart financial centre picture.

In time, MAS expects PayNow Corporate to be the real needle-mover, said Mr Menon, noting that this can spur on the small and medium enterprises (SMEs) using digital technology to quicken the payments process.

MAS itself is using more data analytics and AI to sieve out suspicious transactions, in the wake of the 1MDB scandal that hit Singapore’s shores. The aim is to try using data analytics to put critical information together as quickly as within hours, so as to take swift action.

In a similar vein, the capital markets group at MAS is using data analytics to monitor possible collusive activities in the stock market.

Mr Menon noted that it takes months of work to build a case in insider trading. While would-be criminals have been able to hide their tracks well, there are algorithms today that can more effectively detect patterns of collusive behaviour.

To be sure, MAS has run its own experiment on creating a know-your-customer (KYC) service, but has run into hiccups due to the costs. Mr Menon was candid in that the KYC utility, first announced last year, has yet to come to fruition.

The shared KYC utility was meant to allow financial institutions to identify and verify potential customers’ details in a more seamless way. It would have created a more efficient way of checking against sanctions and blacklists, and could have fundamentally changed the way banks labour through documents to block illicit funds out of money laundering or terrorism-financing activities from being channelled through the banking system.

“Setbacks are an inherent part of the innovation process,” Mr Menon told BT. “We’ve got to find another way of designing the architecture to reduce the cost.”

He is also wary of the hype that has surrounded blockchain and its applications. “There is a fair amount of hype in this space. Blockchain technology has tremendous use case potential but the fascination with it should not lead to a situation where it becomes a solution looking for a problem.”

“But when they assume an importance in and of themselves outside of the blockchain, they often become an instrument for speculative investment, and that has not been healthy. Such speculation has overshadowed the real value of blockchain technology,” he said.

“The bigger misgiving is if these digital tokens assume a life of their own as private money. That complicates the monetary system, so we are more conservative on that.”

But the regulator will stop short of banning the issuance of digital tokens, despite the clear misgivings over such instruments. “As with all technologies, you will see some applications that are stretched, which do not improve welfare, to put it mildly. You can’t ban or prevent people from exercising choice, but you’ve got to keep sounding warnings and caution.”

The other big theme at Singapore FinTech Festival will be Asean, and Singapore is keen to sell fintech as a service into the region to boost financial inclusion.

“Innovation is a big theme for our Asean chairmanship, and the fintech agenda is a particularly salient one for Asean member states,” said Mr Menon. “The beauty of fintech is that it very much dovetails into Asean’s financial-inclusion agenda.”

In September, MAS and its partners announced the launch of the world’s first cross-border and open architecture platform that would boost financial inclusion. In 2017, International Finance Corporation, a member of World Bank Group, and MAS signed a memorandum of cooperation to establish and develop the Asean Financial Innovation Network (AFIN).

The AFIN has since announced the set-up of API Exchange (APIX), an online global fintech marketplace and sandbox platform for financial institutions.

The APIX will enable financial institutions and fintech firms to connect to one another through a globally-curated marketplace, develop collaborative experiments in a sandbox among financial industry participants, and adopt APIs to drive digital transformation and financial inclusion across Asia-Pacific.