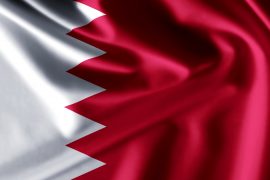 Bahrain: a place for regional and international fintech firms to invest and succeed


Technology today continues to evolve at lightning quick speed and, on a global level, is disrupting every aspect of the banking experience. Indeed, despite a common perception of the finance and banking sector as being one of the more traditional industries, it is undergoing a period of exponential change, driven by technological transformation and advancement.

This is impacting every aspect of financial services industries across the world, most notably in its daily touch points with consumers. And it’s no different in Bahrain, where a rising fintech industry is enabling the introduction of brand-new services, as well as the enhancing of existing offerings.

As the world becomes more digital, it is widely and increasingly expected that financial technology, such as open banking, cryptocurrencies, and peer-to-peer (P2P) lending, will continue to rise in popularity, with big data offering customers greater personalisation, and mobile technology enhancing ease of use.

Consumers are increasingly looking for quick and easy solutions for their financial needs, and with a burgeoning start-up industry in the Middle East, soon they will have numerous solutions to choose from. Undeniably, at the heart of the financial services sector is the customer. And with industry 4.0 increasingly becoming a reality, what has become clear is that if financial services companies want to be the go-to place for people’s everyday money matters, getting the right technology in place to enable these capabilities is essential. For many, it has become a case of embrace the digital or face becoming obsolete.

In a country which has a very high smart phone subscriber base, and extraordinary mobile penetration, but where a large section of the population lacks access to traditional banking services, it should come as no surprise that financial services in Bahrain have keenly felt the impact of this tech-driven transformation. The pace of change is only expected to accelerate, and the sector is determined to embrace the opportunity that such change offers.

The race is on

And with the race well and truly on to become the world’s leading fintech hub, the Middle East is increasingly becoming the destination of choice for the fintech community. For example, fintech start-ups are expected to attract $2 billion in private funding over the next ten years in the region, reflecting the rapid acceleration of the industry across the region. By comparison, the entire last decade saw $150 million of investment.

Home to the oldest and most established financial centre in the Gulf region, Bahrain has rushed to the forefront of the Middle Eastern fintech scene. Capitalising on its banking expertise, Bahrain has established a progressive fintech ecosystem. being amongst the first in the GCC to pursue regulatory modernisation in the financial technology space.

Additionally, the Bahraini Government has instigated a number of initiatives which attempt to both mitigate the disruptive challenges posed by the rise in financial technology and seize on the opportunity that it offers.

These developments include the establishment of Bahrain FinTech Bay, the first and largest fintech hub in the Middle East and Africa, and the recently launched regulatory sandbox, which saw Almoayed Technologies become the first company to graduate in December 2018.

Bahrain is also trying its hand as a thought leader in the fintech sphere, and stepped up to host its annual Fintastic Week in Manama in February this year.

For most consumers, these reforms will mean little if their experience of financial services does not change. As the financial crisis from 2008 onwards demonstrated, the general public lost trust in banks and other financial institutions and wanted alternatives. It is perhaps only now that technology is enabling these alternatives and it is the responsibility of all those involved in fintech to ensure that the new technology being developed increases access; inclusion and efficiency across the board.

Yet, despite a demonstrable belief in the desire to capitalise on the opportunities afforded by enhanced technology, we also recognise that Bahrain, and the Middle East as a whole, still has work to do.

The rise in fintech is a globalised phenomenon and what has become increasingly clear is the importance of developing and embracing the potential for international collaboration and partnerships. This was particularly apparent at the World Economic Forum in Davos. Khalid Al Rumaihi, Bahrain Economic Development Board’s chief executive, pinpointed the UK as an important partner, stating that last year’s record levels of investment in fintech in the UK, means that the country leads in fintech and “will continue to lead for some time”, no matter the outcome of Brexit.

For us then, it is all about the next steps and what we can do to integrate into the global rise of fintech. For example, the Central Bank of Bahrain is working alongside more than 15 other global regulators including those from the UK, US, Australia and Hong Kong to develop global cooperation on fintech. The Global Financial Innovation Network was formally launched in January 2019 and will initially focus on creating a global pilot for companies wanting to test innovative new products and services.

Bahrain is quickly becoming a place for regional and international financial services firms to invest and succeed. With the pace of digital transformation in the Middle East only set to increase, we are excited to be right at the heart, both physically and figuratively, of the Middle East’s consumer focused fintech revolution.