Self-Regulation Vs. Government Regulation: How Crypto Market Helps to Even Out?

Many industries across the globe adhere to a form of regulation or the other. The merging world of cryptocurrencies has largely functioned by self-regulation and the outcome so far less than savory.

That cryptocurrencies have made a mark on the global financial scene is not in doubt. In the last few months, the weight of expectations has revolved around how best to establish corporate governance in the sector. So, at the moment, a school of thought believes that operators would be able to steer their affairs without external help. Is this feasible? This is the crux of the matter. 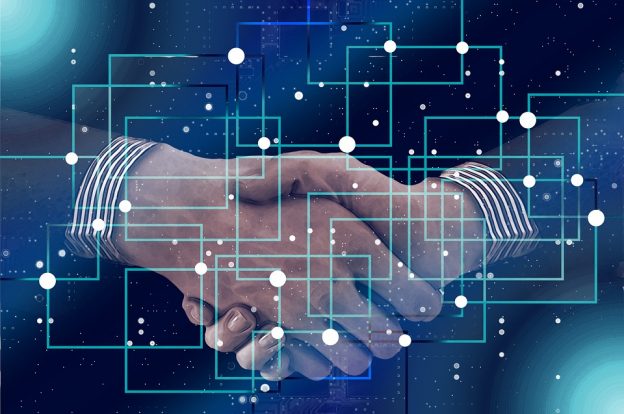 To expect self-regulation in the cryptocurrency market looks tricky. The reason for this line of thought is not far-fetched. Cryptocurrency is essentially money or money’s worth and as such, involves some levels of fiduciary duties like traditional banking. In this sense, there is every need to ensure that an operator and its patrons or clients have a clear guiding framework.

While some people might argue in favor of allowing self-regulation, the recent reports about the fall of QuadrugaCX provides food for thought. A look at the pattern of operations of the best cryptocurrency exchange market and the leading operators indicate a discern-able trait. Exchanges in climes like the USA, adhere to higher disclosure and operational requirements.

In view of such sentiments, it can then become debatable if operators should be left to self-regulate. As there exists the possibility of a one world economy to emerge based on crypto, regulation might have to external.

A cursory look at the global financial system reveals layers of regulation that operators have to contend with. The banking sector has to deal with deposit insurance, a central banker as well as a slew of other reporting agencies. To situate such scenario properly, it is important to understand that regulation to a certain extent is a bulwark against corporate failures and wholesale fraud.

Wherever regulation exists, most institutions specify certain minimum requirements for:

When a company is granted a license to operate in a given jurisdiction, its span of operations is also defined. In this wise, operations can be such that limits the number or size of clients. At other times, it is the scope of operations that gets specified.

In all, operational scope defines the building blocks for regulating an industry or company in a given sphere. Now that it is almost the fad in many climes to create your own cryptocurrency, clear guidelines cannot be avoided. This makes it a certainty for clients and customers to know what to look out for before dealing with an operator.

In the financial industry, regulators specify who qualifies to work in a given position and the credentials that such persons must have. Providing prerequisites for key management personnel acts as a safeguard against quackery and poor professionalism. No country would expose her citizens to public or private actors who might disappear overnight with the hard-earned income of clients.

So, the required declaratory forms for the personnel that will take the reins of a cryptocurrency company has to show the expected compliance. For this sphere, a bar is already placed to ensure that only serious and diligent companies are given the nod to operate.

In specifying certain thresholds for the insurance of depositors’ funds, central banks provide an eventual relief in case of a corporate failure. While it is not unexpected for companies to fail despite how well-qualified the personnel might be, insurance schemes serve as a failure palliative.

For many cryptocurrency exchanges, it is not clear what palliatives they have in place to mitigate any untoward event. So, customers are largely left at the mercy of goof fortune. For example highly-leveraged cryptocurrency firms offering high-risk and reward stakes should have insurance against failures.

The benefit of regular reporting is that regulatory agencies are able to tell a trend from reviewed submissions. While this might not always be the case in some instances, it can be helpful. Where a negative trend is established, regulatory agencies can limit further exposure of the public to a troubled company. This will limit the magnitude of losses if an eventual failure cannot be prevented.

In the same vein, some regulatory requirements eventually mean that cryptocurrency operators open their books to external auditors and inspectors. This presents a safeguard against diversion of depositors’ funds and related malfeasance or fraud

Use and proof of funds

The quantum of funds available to a company is a predictable index that can be used to gauge how well a company is faring. In recent months, there has been doubts over the stance of operators like the Stablecoin giant- Tether. The issue here is the credibility of its dollar reserves. In a case where a statutory auditor is required to report on a firm like this, the bare facts will be laid bare.

From all indications, the QuadrigaCX failure exemplifies the need for regulation.  Some exchanges could be surviving on round-tripping while they maintain a semblance of healthy operations. Since no regulator can step in and stop the brewing storm, customers are exposed to peril.

There has been points for and against the proprietary of having regulation in many areas of life. Aside from the financial sectors, experience has shown that a fair sense of regulation helps to keep an industry safe. So, over-regulation can kill a potential budding sector and a lack of regulation can also throw its potentials in the doldrums.

For example, Deribit signals perhaps stand out as one of the leading examples of leveraged trading opportunities. In essence, leveraged trading allows crypto traders to take up to 10x and 20x the value of their account balances for staking. As a counterstrike against risk and reward, the appropriate insurance here will mitigate higher than normal losses.

Stevan Mcgrath, is a Bitcoin and cryptocurrency enthusiast, passionate about the potential these tools and blockchain technology bring to the world and writes consistently for CoinReview. He has been following development of blockchain for several years. To know his work and more details you can follow him on Twitter, Linkedin.