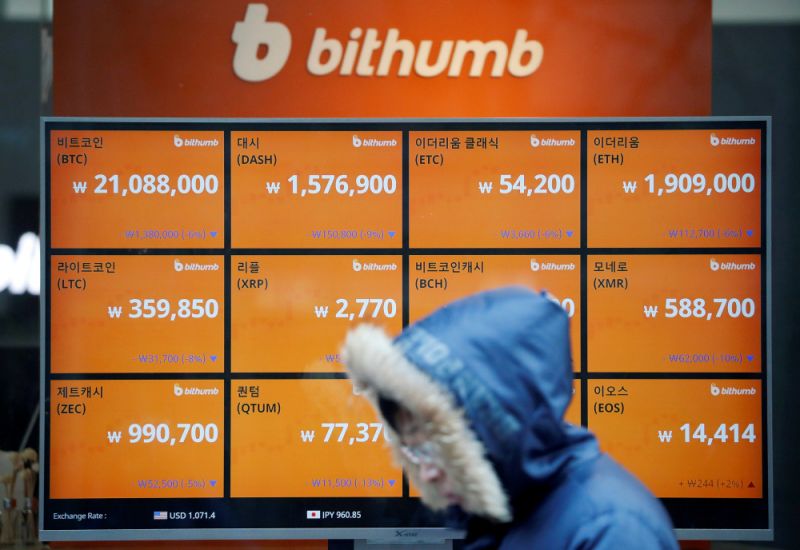 South Korea’s biggest bitcoin exchange was hacked for the second time in less than a year, and this latest incident exposes a major threat to crypto exchanges. | Source: REUTERS/Kim Hong-Ji/File Photo

Bithumb, the largest bitcoin exchange in South Korea alongside Upbit, has been hacked for around $20 million. The company said that user funds stored in crypto cold storage wallets were not hacked, but corporate funds were moved.

Bithumb Hack Likely an Inside Job

Cold storage wallets refer to offline wallets that are not connected to the internet that major exchanges utilize to eliminate the vulnerability of user funds in potential security breaches.

In a surprising turn of events, Bithumb disclosed that it believes the hack was an inside job and funds might have been moved by individuals associated with the company.

The Bithumb hack comes in about a year since Coincheck, the biggest exchange in Japan, was hacked and less than nine months since Bithumb was last hacked in 2018.

In its official statement, Bithumb said that the company is conducting intensive investigations with cyber authorities in South Korea, acknowledging the incident as an inside job.

“As a result of the internal inspection, it is judged that the incident is an ‘accident involving insiders.’ Based on the facts, we are conducting intensive investigations with KISA, Cyber Police Agency and security companies. At the same time, we are working with major exchanges and foundations and expect to recover the loss of the cryptocurrency equivalent,” the statement read.