Audi Debriefs Captain Marvel On All She Missed, Including The E-Tron

Before the Avengers can save the universe, Captain Marvel needs the 411 on everything that’s happened since 1996.

Hey, did you hear there’s a new Avengers movie coming soon? Of course you’ve heard – at this point even the Voyager space probes know about it, and they’re not even in our Solar System anymore. Audi heard as well, and with this movie expected to smash every single box office record in the history of the universe, the automaker is hoping to bank a bit of PR in the process.

Specifically, Audi will sponsor the world premiere for Avengers: Endgame, which is slated to open in theaters on April 26. The company also has a pair of concept cars appearing film, namely the e-tron Sportback and e-tron GT. Us mere mortals won’t be able to drive those vehicles, but the video teaser above featuring Brie Larson’s Captain Marvel includes an Audi we can drive – the e-tron SUV which debuted last year. 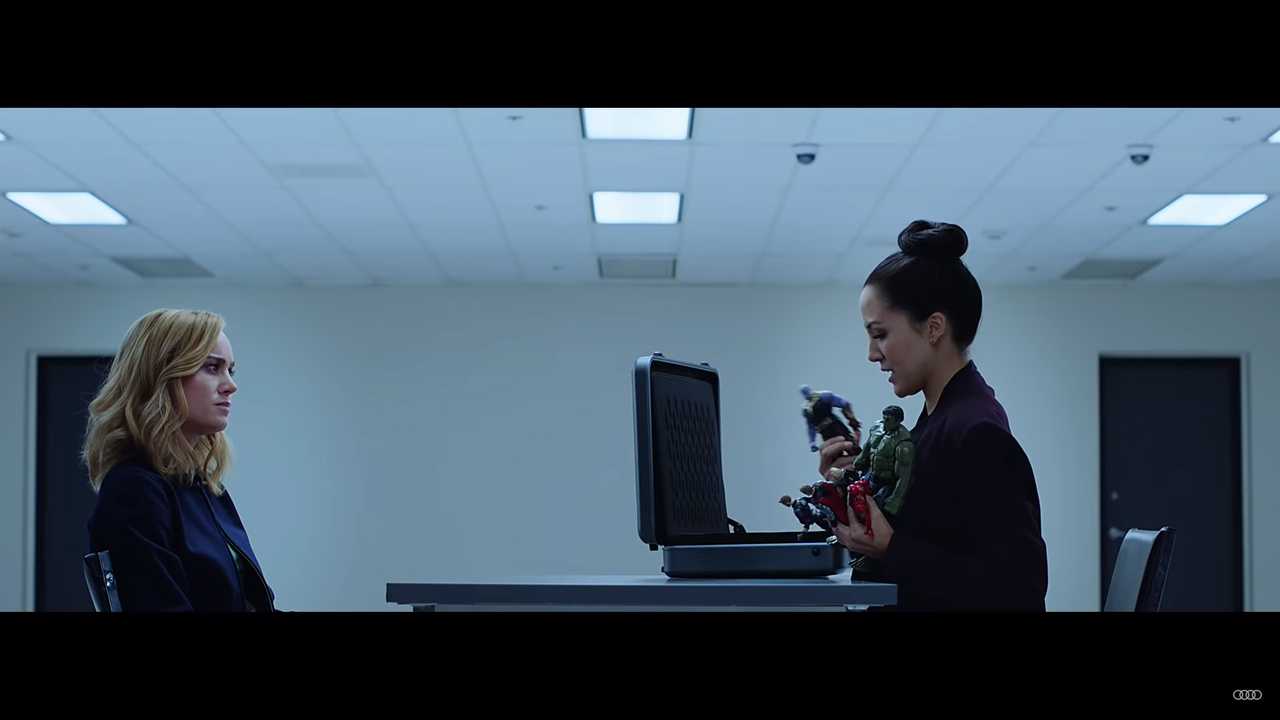 Before we see it (the SUV, not the film), Audi must brief Captain Marvel on everything that’s happened on Earth since she left in the mid-1990s. That’s a tall order for a two-minute teaser video, but the basics are covered with Avengers action figures, a collection of old and new cell phones, and Guacamole Bruschetta, which is succinctly (and accurately) described as guac on bread at twice the price. Oh, gluten is also an enemy of the universe right up there with Thanos.

Yes, it’s cheeky as hell, but the Marvel Cinematic Universe is a veritable marketing titan that knows not of failure. Well, there was the Lexus tie in with Black Panther that seemed to fall flat, and let’s not forget Ford’s attempt to score points with an overblown Guardians of the Galaxy Vol. 2 cameo with its then-new EcoSport. The late-1970s Ford Mustang II King Cobra had more screen time – and more impact – than the EcoSport did. That’s right folks, we’re huge movie nerds here at Motor1.com and we pay attention to such things.

Meanwhile, Audi has been there since pretty much the beginning. In fact, for Avengers: Endgame, Iron Man himself will swap his infamous Audi R8 for the aforementioned e-tron GT concept. Where or how it will show up – along with the Sportback – remains to be seen.

Like half of all life in the universe, we’ll be in line on April 26 to see the flick. Thanks, Audi, for giving us a quirky little appetizer to hold us over for one more week.