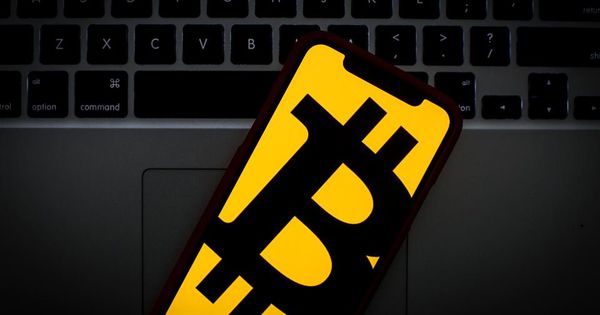 Bitcoin and cryptocurrencies are still finding their feet after exploding into the public consciousness throughout 2017, when the bitcoin price ballooned from under $1,000 at the beginning of the year to over $20,000 by December—before collapsing spectacularly over the course of 2018.

Bitcoin prices have swung wildly since then, dropping as low as $3,000 per bitcoin before rising suddenly at the beginning of this month to over $5,000—gains that bitcoin, and the wider cryptocurrency market, have so far held on to.

Bitcoin and cryptocurrency’s biggest challenge remains the development of applications and user adoption and it’s the people involved in that, that are widely expected to push the bitcoin price onwards eventually.

Bitcoin and cryptocurrency prices have continued to swing wildly as traders and investors struggle to price the digital assets in the face of looming regulation, rampant scams, and slow user adoption.

When Mark Zuckerberg first launched Facebook it was considered a niche and exclusive social network, available only to U.S. university students before opening its digital doors to the wider public.

Before Facebook burst onto the scene and ate the competition, the most popular social network was Myspace, which focused on entertainment and music and catered to a far younger crowd than Facebook would eventually bring into the social networking world.

Myspace was acquired by News Corp in July 2005 for a staggering $580 million before being sold for just $35 million in 2011 due to its inability to grow beyond its original interests.

Facebook, on the other hand, was evolved by Zuckerberg to appeal to people of all ages and backgrounds, building a user base of 2.3 billion people worldwide and successfully integrating itself and social networks into aspects of life that seemed entirely unnecessary as little as 10 years ago.

Bitcoin and cryptocurrency developers are now faced with a similar challenge to that of Myspace—how to grow beyond the niche uses that currently exist to something more that can be used by people around the world for things that we find hard to imagine today.

CZ founded the Malta-based Binance bitcoin and cryptocurrency exchange, which at the beginning of last year claimed to be adding “a couple of million” registered users every week.

“CZ is the only person in big crypto … that appears to have a sense of humor,” said Kang.

“CZ is like a character in a William Gibson novel. He lives as a two letter acronym. He seems both unprofessional and deeply in control at the same time,” added Lammer.

In the early days of Facebook, Zuckerberg gained a reputation as an alternative company leader, thumbing his nose at many of the traditional chief executive tropes—wearing jeans and t-shirts in place of suits and ties and not appearing to care about making money.

“In the film The Social Network [which depicts the creation of Facebook], Mark Zuckerberg puts ‘I’m CEO, bitch,’ on a business card,” said Kang. “He was play acting a cool guy that doesn’t care about anything, seemed to be just rolling with the punches but is totally in control. CZ is like the real version of that in crypto.”

CZ, while sometimes controversial, has become well respected in the bitcoin and cryptocurrency industry, in part because of his use of Twitter to engage with users and the community. That has, in turn, helped to cement Binance as a service working for the future of bitcoin and crypto, instead of for its own ends.

The podcast hosts suggested that Coinbase, a San Fransico-based bitcoin and cryptocurrency exchange, is the opposite of Binance, appearing to signal that it would rather “bitcoin lose and a Silicon Valley” alternative come in.

CZ does, however, have competition for the title of the person (or persons) that go down in history as bringing bitcoin and cryptocurrency to the masses.

Cameron (L) and Tyler Winklevoss created the Gemini bitcoin and cryptocurrency exchange after losing a battle with Mark Zuckerberg for control of Facebook.

The Winklevoss twins, who coincidentally worked with Zuckerberg on an early version of Facebook while they were students at Harvard, could well become known as the ‘Mark Zuckerbergs’ of bitcoin and cryptocurrency—in addition to their roles in the creation of Facebook.

The Winklevoss twins founded the Gemini bitcoin and cryptocurrency exchange and have been building up sizeable stores of bitcoin and other major cryptocurrencies for some years—likely increasing their personal fortunes along the way.