Move Over Bitcoin And Dogecoin, Elon Musk Is Tweeting About Ethereum – plugilo.blog 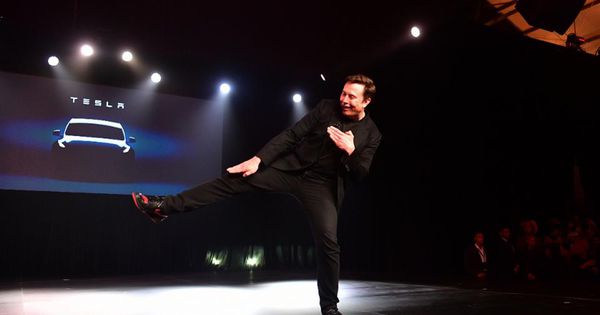 Elon Musk, the playful Tesla and SpaceX chief executive who has set the world of bitcoin and cryptocurrency on fire in the past, has again caused a stir by tweeting about cryptocurrencies—this time it’s the turn of decentralized app network ethereum.

Bitcoin and the broader cryptocurrency market has been trading sideways since leaping higher at the beginning of this month, with ethereum now only 7% up on its late March price per ethereum token.

Now, Musk, who earlier this month revealed his favorite cryptocurrency, has tweeted the word “ethereum” before replying to ethereum’s creator Vitalik Buterin invitation to attend the ethereum developer conference in October.

Elon Musk, who has taken the title of Meme Necromancer on Twitter, has previously been suspended from the micro-blogging platform for tweeting about cryptocurrencies due to fears his account had been hijacked and was being used in a scam.

Musk tweeted the word “ethereum” then followed it up by tweeting “jk”—perhaps an attempt at preventing Twitter from suspending his account, which has previously been locked after tweeting about cryptocurrencies due to his long association with bitcoin and cryptocurrency give-away scams.

Musk then told ethereum’s Buterin to “stop giving away ETH.”

Musk has recently been embroiled in a row with the U.S. Securities and Exchange Commission (SEC) after he tweeted about his plans to take Tesla private last year, with the SEC then claiming that Musk violated an agreement by tweeting information Musk said had already been correctly relayed to investors.

On Friday, Musk and the SEC filed their amended settlement, which lists specific topics that Musk needs legal approval to tweet about. It does not contain anything about bitcoin or cryptocurrencies.

“If I were the SEC I would probably have pushed to add a requirement in the amended settlement to the effect of, if Musk is going to tweet a joke about Tesla, he has to add a smiley face or a “j/k” or a “lol” to the end of it. Again, this is an absolutely terrible rule for life, or comedy; it really kills the joke. And I can see why Musk would be concerned with the aesthetics of his Twitter comedy. But the SEC probably shouldn’t be!”

Musk’s latest cryptocurrency comments via Twitter could be a low-key dig at the SEC’s pursuit of him while scammers continue to plague Twitter with misleading impersonations of public figures.

The bitcoin price, which has been trapped in a long-running bear market over the last few months following a sudden sell-off in early November, exploded out the gates on at the beginning of April after slowly gathering pace throughout March—confirming much speculative data that a bitcoin bull run was imminent.

Musk surprised bitcoin and cryptocurrency watchers earlier this month by saying that the meme-based dogecoin is his “fav” cryptocurrency, even ahead of original cryptocurrency bitcoin, which he’s heaped praise on previously.

Musk, who has become known for his meme-ing Twitter account while running three major U.S. technology and engineering companies, was at this time responding to (another) tongue-in-cheek Twitter poll that found him to be the favorite to take on the mantle of dogecoin CEO, with 49% of the vote.

Earlier this year the bitcoin and cryptocurrency markets were enlivened by comments from two of the most closely-watched figures in the tech world: Tesla’s Musk and Twitter’s CEO Jack Dorsey.

Despite a recent rally, the bitcoin price remains well under where it was most of last year.

The bitcoin price failed to rally following Musk’s and Dorsey’s light praise of bitcoin and how cryptocurrencies will change the future of money—despite crypto media celebrating wholeheartedly.

While Jack Dorsey and Elon Musk have faintly suggested they see cryptocurrencies, and specifically bitcoin, as exciting new technologies that will likely change the world, neither seem particularly keen to lead the charge.

Musk, who last year got everyone fired up that he might be getting into bitcoin, has called bitcoin’s structure “quite brilliant”, adding “it bypasses currency controls … Paper money is going away. And crypto is a far better way to transfer values than a piece of paper, that’s for sure.”

Speaking on the Ark Invest podcast in February, Musk said it’s “very energy intensive to create bitcoin at this point” and it may not be “a good use of Tesla’s resources to get involved in crypto.”