Tax Authorities Are Cracking Down On Cryptocurrencies 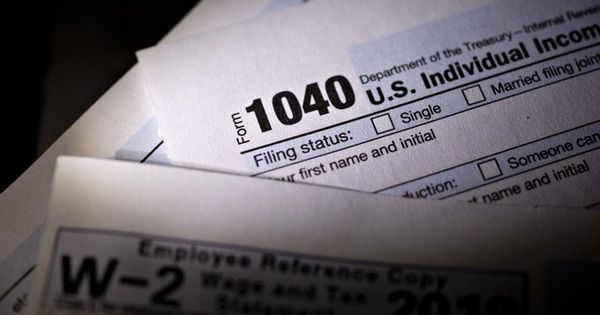 U.S. Department of the Treasury Internal Revenue Service (IRS) 1040 Individual Income Tax forms for the 2018 tax year are arranged for a photograph in Tiskilwa, Illinois, U.S., on Monday, March 11, 2019. Fewer people are getting refunds this year and that’s causing angst for Republicans who want to convince voters that the 2017 tax overhaul really did give them a tax cut. Photographer: Daniel Acker/Bloomberg

With the recent news that Australia’s tax agency, the Australian Tax Office (ATO), has started compiling records from cryptocurrency exchanges in order to remind cryptocurrency traders of their tax obligations, it’s clear that tax authorities are starting to clamp down hard on cryptocurrencies.

While the United States and the IRS have long held to a 2014 draft memo stipulating general rules on how to deal with cryptocurrencies, there have long been basic tax questions that have not been addressed. With no legislation on the issue being passed, and the IRS refusing for now to create a voluntary disclosure program that could allow people to retroactively declare cryptocurrency gains with significantly reduced penalties, the stage is set for a reckoning when it comes to tax authorities and cryptocurrency holders, many of whom are in the dark about the exact compliance required of them.

This has led a bipartisan gathering of 21 Members of Congress to demand the IRS clarify its crypto tax rules by May 15th (it should be pointed out several weeks after the tax deadline has passed for tax year 2018). The IRS, meanwhile, has issued another reminder that cryptocurrencies should reported, and announced different compliance campaigns, showing that it is still as focused as it was when it demanded account information from Coinbase on cryptocurrency holders.

From ingesting exchange data that must conform with “Know Your Customer” legislation to individually auditing cryptocurrency holders in the case of the Canadian Revenue Agency, tax agencies are starting to focus more on cryptocurrencies for this tax year, and are starting to deploy the full arsenal of tools available to them, from requesting identity data from regulated exchanges to targeting individuals with lengthy and detailed audits that cover pretty much every interaction with cryptocurrencies one might have had.

The Canadian audit covers 54 questions, including some as specific as whether cryptocurrency holders used ShapeShift, and some as broad as asking for the public key of all crypto accounts under the possession of the owner. Cryptocurrencies, designed for immutability, make audits easy and given the identity of wallet-holders, become an easy transactional chain to track from one block to another. Those caught lying in an audit are penalized: the targeting alone is an active sign of discouragement from tax authorities and if they are not careful, a stake in the heart of payments innovation.

With an open ecosystem where innovation thrives, tax authorities have to be careful that they aren’t throwing the baby out with the bathwater. Excessive regulation and stigma associated with cryptocurrencies bleeds down to the average user. The taint of suspicion is often enough to discourage its use, and the lack of clarity ensures that cryptocurrency holders have little idea of the consequences they might face, some grave and life-altering (tax evasion in the United States can carry a five-year jail term, and it’s unclear to how that might be applied to violations with regards to cryptocurrency ambiguities.)

Tax agencies have more than just a duty to collect all due taxes: they also have a duty to ensure the equitable, proportional use of their powers lest their legislative superiors have cause to create overarching laws to ensure that happens.

The Crypto Wars were first fought when the US government tried to ban encryption and regulate it like a weapon for export. Now, cryptography serves as the basis of the secure web, and allows billions of dollars to pass in online banking, e-commerce and more — and forms the foundation for so much of the innovation that is happening in the modern economy. Tax authorities should be careful, given that they’re the regulatory vanguard here, that they don’t preclude a world where similar innovation might spur from cryptocurrency.