Everyone has a form of sovereign identity, said Evermym’s Drummond Reed during CoinDesk LIVE on Tuesday.

Reed and Brian Behlendorf, executive director of Hyperledger, were there to launch their new identity management system.

During his talk, Reed tapped his physical wallet full of cards and cash. That, he said, was the equivalent of state-of-the-art when it came to digital identity.

In an effort to bring identity into the 21st century, the pair have just launched a new, open source framework for identity management, Aries.

The framework, the team wrotes, is “not a blockchain and it’s not an application.” Instead, it is a method to build interoperable and verifiable credentials for secure communication.

Reed believes we are “mainlining the surveillance economy” when we login with Twitter, Facebook, and even email.

“With DID and Aries based logins there’s no one in the middle. It’s just you and your private keys,” he said.

“They’ve issued over 10 million business credentials already,” Behlendorf said. “The business owner is the pivot point in how they engage with government agencies. If you’re a restaurant owner in Vancouver you want to get licensed to serve food that’s a local government thing, you want a license to serve alcohol and that’s a Canada thing, you want a pay taxes,” said Behlendorf. “All these involve exchanging permits and credentials. If you had to wait for all those governments to integrate all those systems you’d be waiting forever.” 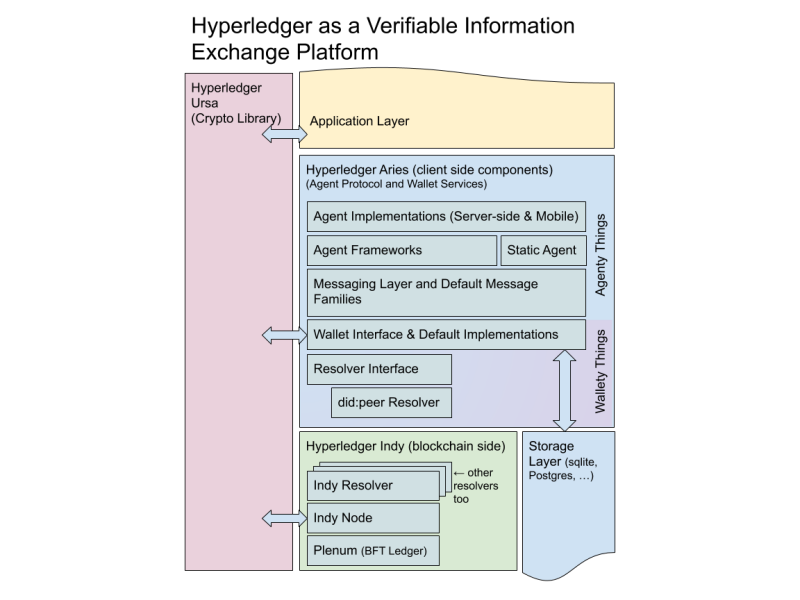 With self-sovereign identity tools like Aires you reduce the time it takes to spin up identity systems. That, he said, is a good thing.

The project is an offshoot of two other Hyperledger efforts: Indy for identity management and Ursa for security.

The code will be available on GitHub once the project gets rolling. And with luck, according to Reed, the initiative will help do away with paper IDs entirely over the next two years.

Ram image by Hazel Clifton on Unsplash. Other images courtesty of startup.