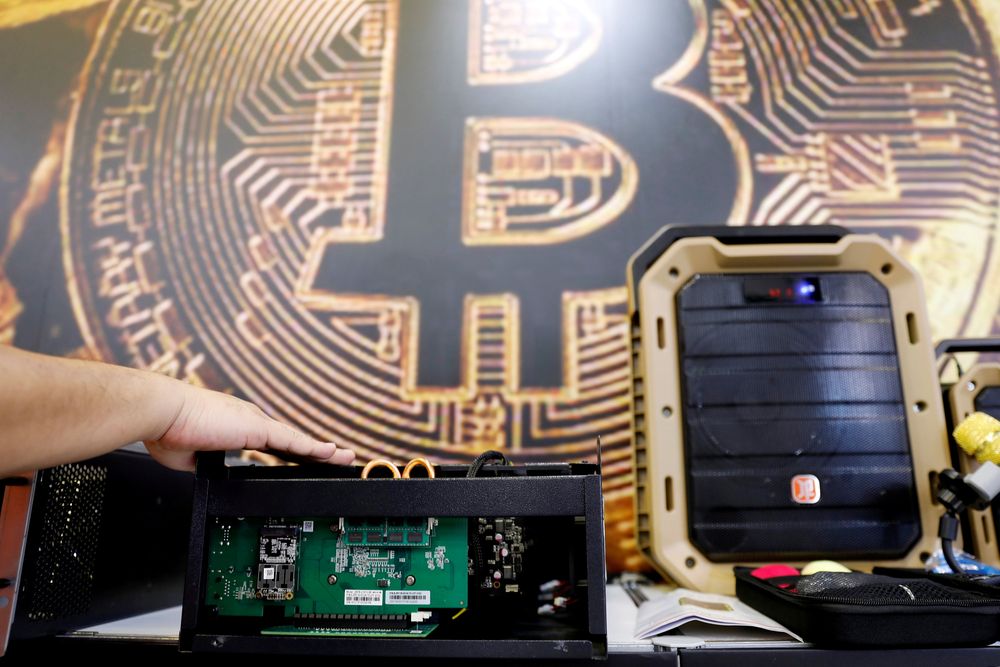 A cryptocurrency mining computer is seen in front of bitcoin logo during the annual Computex computer exhibition in Taipei, Taiwan, June 5, 2018. — Reuters pic

There was no obvious reason for the sudden rise with the opacity of cryptocurrency markets rendering it virtually impossible to prove or disprove any theories.

Some traders said investors moved money to bitcoin, treating it as a safe haven as traditional financial markets stumbled on fears that a worsening Sino-US trade dispute could derail the global economy.

But none of the four traders that Reuters spoke to could produce evidence to support that claim.

“Some say buying bitcoin could be a flight to safety for people who view it as a gold-type asset,” said Aliya Itzkowitz at crypto research firm Enigma Securities.

“I don’t subscribe to that view. I view bitcoin as a high-risk, high-growth asset — a bet on an emerging technology.”

Some traders said the prospect of major firms, including Starbucks, to accept digital money were fuelling hopes that bitcoin would gain use among mainstream consumers — something that has previously eluded it.

Others cited reports that Fidelity Investments would soon offer cryptocurrency trading for the rally.

Unexplained price swings have been par for the course during bitcoin’s first decade. Just last month, bitcoin had its biggest daily gain for a year, leaving investors puzzling over the cause of the move.

Whatever the reason, price moves of such dramatic scale are a reminder that cryptocurrencies remain a highly speculative market where prices are not linked to factors such as technological development, some industry officials said.

“I don’t like to see these price swings. They are not healthy,” said Nicholas Gregory of the blockchain company Commerce Block. “Whether that’s happening because they believe in the tech, or people hedging — you just don’t know.”

The lack of transparency in crypto markets could thwart hopes that digital money can progress from speculative tokens to an asset accepted by mainstream investors, some analysts said.

“If most of the regulators and traders themselves are only vaguely aware of what is likely to happen in the next few days or weeks, then clearly the levels of risk associated with investing are very high,” said Windsor Holden of Juniper Research, an analysis firm specialising in fintech. — Reuters