Satoshi Website’s Bitcoin Reveal Was Even Stupider Than We Imagined 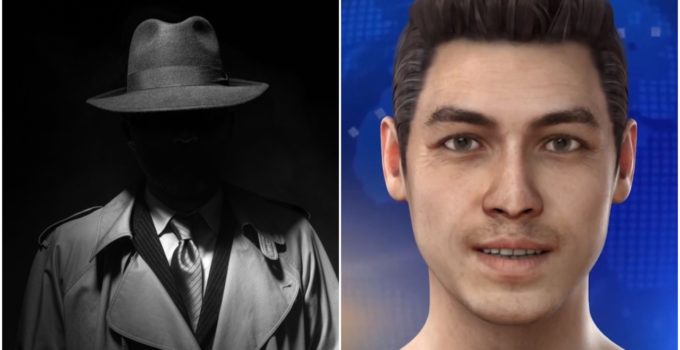 This is definitely not the face of Bitcoin’s mysterious creator. | Source: Shutterstock (i), YouTube (ii). Image Edited by CCN

By CCN: The countdown to the “live unveiling” of the true identity of Bitcoin creator Satoshi Nakamoto reached zero today, and what a surprise, the stunt was even stupider than we could have imagined.

Rather than expose the mysterious person(s) behind the world’s first cryptocurrency, the “Got Satoshi” website chose to peddle the launch for a bizarre crypto news outlet that features the “world’s first AI anchor.” The anchor’s name? You guessed it: Satoshi.

Satoshi Countdown Was Always Going to Be a Bust

It was obvious from the start that someone would get trolled, but the level of naked deception exhibited by the website’s creators is a bit shocking. With nothing but a series of half-hearted tweets, Bitcoin’s mysterious origin story was once again leveraged for nonsense.

To be fair, it’s not like they tried very hard to fool us.

To those of you who keep insisting that I’m Craig Wright pic.twitter.com/WLGfa48PFH

Speaking of McAfee, the eccentric crypto shill chimed in on the countdown on numerous occasions. Curiously, this is what he tweeted out just prior to the “big reveal.”

Yes. You guessed it.

He also warned his followers that the site was trolling them, which proved to be correct.

You will know in 54 minutes. It’s either a ohishing scam or a marketing ploy in my opinion

While all this was going on, pot-stirrer-in-chief John McAfee took Tuesday to take some swipes at a new burgeoning Satoshi Nakamoto conspiracy theory.

Paul Le Roux is a cartel boss, a citizen of the Democratic Republic of the Congo, former programmer, and current a US prisoner. The dubious theory is that Mr. Le Roux created Bitcoin to serve as a money laundering device. His millions of BTC have not moved because the former drug lord is in jail.

McAfee said that Paul Le Roux truthers have been “smoking way too much opium!”

Please! Those who claim Satoshi is Paul Solotshi Calder Le Roux, have been smoking way too much opium!

That said, after McAfee’s plans to out Satoshi to the world fizzled, he is not really in a position to take the high road here. The crypto promoter has leveraged the Bitcoin origin story well in recent weeks, generating plenty of interest and even landing himself a Bloomberg interview as a result.

Craig Wright Is Still No Closer to Proving He Created Bitcoin

It’s impossible to talk about Satoshi Nakamoto theories and not mention Craig Wright. His Bitcoin founder claims have landed him in hot water – reputationally speaking – and the cryptocurrency community, in general, remains deeply skeptical of him.

Meanwhile, Satoshi Nakamoto’s staggering achievement of remaining anonymous in a world where privacy increasingly no longer exists should not be overlooked. Crypto’s greatest mystery captivates us because it’s so incredible that we have an asset of Bitcoin’s value and yet no one truly knows who we have to thank for this monumental achievement.