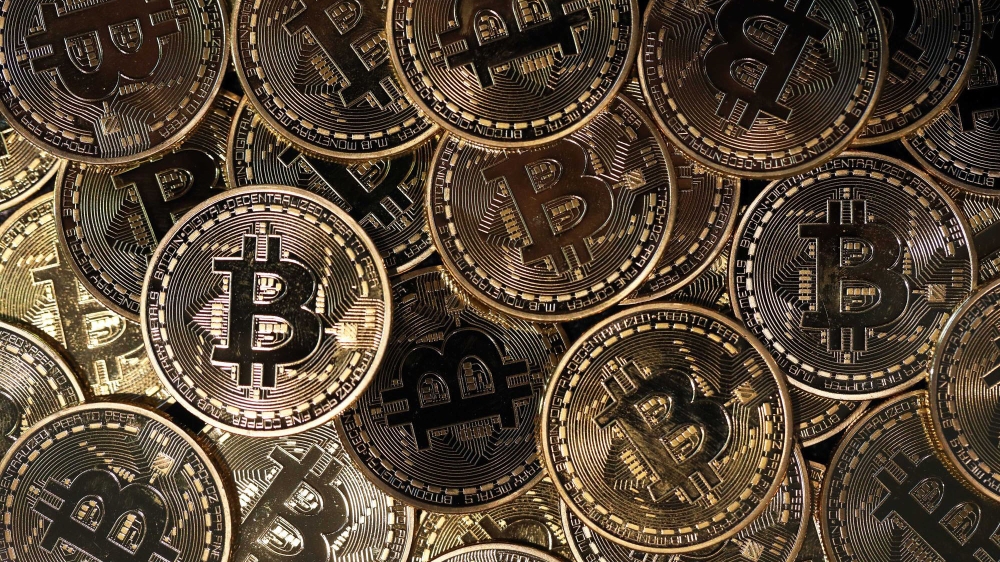 Bitcoin is having it’s best monthly rally since before its historic 2017 surge. [File: Chris Ratcliffe/Bloomberg]

Bitcoin jumped as much as 10% on Monday to almost breach $9,000 as it extended the best one-month rally since before the token’s historic surge in 2017.

The largest cryptocurrency climbed as much as 10% Monday from levels late Friday, and was trading at $8,826, up 8.8%, as of 9:09 a.m. in New York. Rival coins were also stronger at the start of the week. Litecoin added more than 12% while Ether, the second largest digital token, rose 6.8%.

Crypto proponents are taking encouragement from a string of recent headlines showing greater interest in the space from mainstream firms. ATT Inc. said last week it will permit customers to pay bills with Bitcoin or Bitcoin cash. That followed news that Fidelity Investments was finalizing plans to buy and sell the digital asset for institutional customers.

“Easier to spend means a greater use case,” said Mati Greenspan, senior market analyst at trading platform eToro in Tel Aviv. Greenspan said the overall customer base could reach “critical mass, and the technology goes from underground to mainstream.”

The best-known digital token is up almost 70% this month despite concerns from JPMorgan Chase Co. strategists that its price may have surged beyond its “intrinsic value” — a concept that not all investors agree applies to a digital currency.

Bitcoin’s run this year follows a painful downtrend that lasted the majority of last year and saw the digital currency tumble more than 70%. Bulls are betting the run could continue as more institutions start to build out their own cryptocurrencies or launch projects using the underlying blockchain technology.

“It takes two to tango. The more merchants that accept crypto encourages more people to adopt it and use it,” said David Tawil, president of crypto hedge fund ProChain Capital. “That’s major.”

But the crypto meltdown is still fresh on many investors’ minds and not everyone is betting digital assets will become as widely accepted as enthusiasts hope. There are signs the rally is running too hot, wrote Bloomberg Intelligence analyst Mike McGlone in a note. Crypto transactions, for instance, have been lagging the broader rally, indicating caution for additional price increases, he said.

“This is still the thawing out from the crypto winter that was,” said Tawil. “There still may be another pullback before we get to fundamentals truly taking over and speculators and frauds being expunged.”

–With assistance from Dave Liedtka.