The fintech segment has become a dominant theme in the Indian startup ecosystem. There are a growing number of new companies added to the list every year as the country’s financial sector offers considerable opportunity for various kinds of technology-led innovation.

Over the years, fintech startups have also demonstrated innovative capability attracting not just the investor community, but also established global companies from the financial services sector. These large companies want to engage with nimble startups to form a relationship, which is beneficial for both.

And cashing on this opportunity is Mastercard, one of the leading global technology payments company. It has now taken its engagement with fintech startups to a different level by creating a dedicated fund to invest and collaborate with these young companies in India. 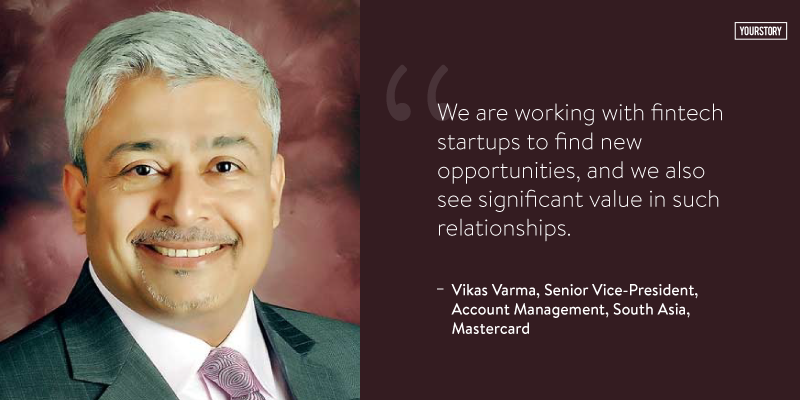 With its startup accelerator programme, called Start Path, which runs on a global scale, along with the setting up of a dedicated fund, Mastercard now aims to focus exclusively on fintech startups in India.

Cashing in on investments

The global card payments major, which has been present in India for the past 37 years, today has around 14 percent of its global workforce in India engaged with its numerous technology activities.

Without divulging the quantum of investment set aside for funding of Indian fintechs, Vikas says, “If these startups have something interesting, then we could enable them, give them capabilities, and also take them to our partner ecosystem.”

Mastercard’s Start Path programme is already engaged with six fintech startups in India, which include Razorpay, Zeta, ToneTag, Fluid AI, Happay, Signzy, and ftcash. As part of its new dedicated India fund, it has made its first investment in Hyderabad-based fintech startup Syntizen.

The company is now looking to reach out to customers by engaging with more startups. Vikas says, “We can also do things where all three of us sit together and solve a problem. This is a win-win for everybody.”

Flowing with the trend

Mastercard has also placed considerable faith in Indian fintech startups, given the major trends happening in the sector. While digital payments as a mode of transaction is still low in the country, there has been an increase in merchant acceptance points from 1.2 million in 2016 to about 5.2 million merchants at present, with a stated commitment to digitally enabling 10 million merchants by 2020.

The American technology giant has also worked for years with the Confederation of all India Traders (CAIT) with 70 million merchants and traders to enhance awareness and adoption of digital payments.

Additionally, it is also empanelled with the Unique Identification Authority of India (UIDAI) as an Authentication Service Agency (ASA) for providing Aadhaar-based authentication and e-KYC services to help benefit disbursement and further drive last-mile financial inclusion.

Vikas says, “We are seeing a lot of tailwinds in India, and the fight is against cash. There is a lot of headroom for electronic payments in all forms.”

It is this opportunity which has made Mastercard to have closer engagement with the fintech startups in the country as they also realise that all innovation cannot be coming from them alone.

Vikas says, “There is loads of innovation happening here. India has critical mass as a market, and there is enough to be done here.”

However, this does not mean the scope of Indian fintechs will be limited within the country, as the payments company can easily take them to a global level, given its network across more than 200 countries.

The core focus for Mastercard while engaging with these startups will be to look for capabilities or innovation, which are centred around the payment segment or certain related activity to it.

Vikas says, “We have not kept any restrictions as the focus is on anything which adds value to our business – either upstream or downstream to payments.”

Mastercard is also now expecting a greater number of fintechs from India to be part of its Start Path programme. The payments company will also bring the connects with the investor community for these companies.

“We have the mandate to do what it takes to drive scale and dominance here. Mastercard is making strategic investments here not looking at this as some financial transaction,” says Vikas.

The company believes that it has got an edge over others while engaging with startups as it has displayed commitment through the setting up of a dedicated fund, and has a track record to match. 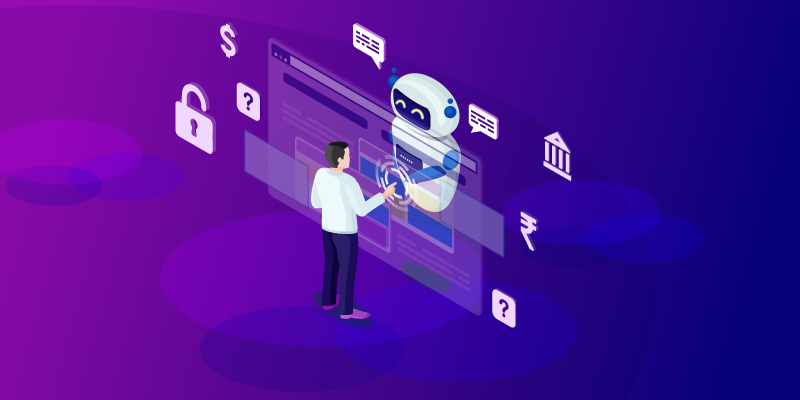 How artificial intelligence is changing the face of banking in India