1. Millions of traffics have been imported to i-Bank platform from Indonesian largest digital currency exchange INDODAX.

2. i-Bank Digital Bank Trading Hall has been approved for preparation in Thailand, Korea, Indonesia and other countries.

On May 25, 2019, i-Bank Smart Wallet was invited to co-sponsor the 2019 Blockchain Southeast Asia Summit, which has been successfully held in Jakarta, capital of Indonesia, the largest city in Southeast Asia and the world-famous seaport in Southeast Asia. About 500 experts and investors from 17 countries and regions around the world participated in the event.

The industry news of Southeast Asia blockchain market was officially announced at the summit: i-Bank and INDODAX, the Indonesia’s largest digital currency exchange, have reached a long-term strategic consensus, which will open up the closed-loop flow of wallets and exchanges, and help the rapid growth of the Southeast Asian blockchain market. Oscar Darmawan, CEO of INDODAX, expressed: “Every day thousands of new users in Indonesia register for INDODAX platform to trade digital currencies such as BTC, ETH and Ripple. We welcome the cooperation between smart wallet and platform. The Indonesian digital currency market will become a new performance breakout point in Southeast Asia. It is an important step to create value for members by importing INDODAX traffic into i-Bank platform, meanwhile, it is also a key manifestation of blockchain technology applications. Moreover, we will jointly create offline application scenarios. It is expected that the digital bank hall jointly built by i-Bank and INDODAX will be opened in a number of countries in the second half of 2019.”

Additionally, i-Bank also discussed with LAZADA, the largest e-commerce platform in Southeast Asia, on the application and landing mode of blockchain technology in Indonesia’s e-commerce field. It can essentially improve the security and convenience of Internet payment by combining blockchain technology with e-commerce. The two sides agreed to meet again in the near future to reach strategic cooperation as soon as possible. LAZADA, as a well-known e-commerce platform in Southeast Asia, has entered Indonesia, Malaysia, Singapore, Thailand, Philippines and other countries. In the fourth quarter of 2018, the monthly visits of the region reached 183.4 million. In April 2016, Alibaba Group purchased 51% of LAZADA from Rocket Internet at a price of $1 billion, increased the stake by 83% in 2017 and added the investment of $2 billion in March 2018. At present, LAZADA has become the largest and most valuable e-commerce platform in Southeast Asia.

After the event, Stephan Clinton said in an interview with TVRI, that he was very optimistic about the development potential of decentralized blockchain technology in Southeast Asia, and would open up the its market as soon as possible with practical actions to further release the growth dividend of decentralized blockchain technology, effectively playing the value of i-Bank platform, and supporting the specific measures of i-Bank platform token in shopping malls. 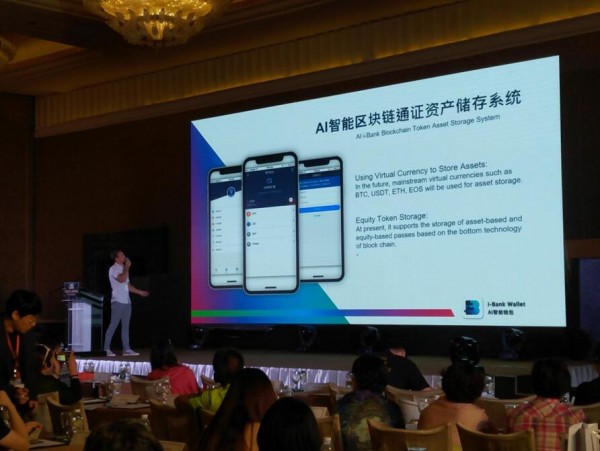 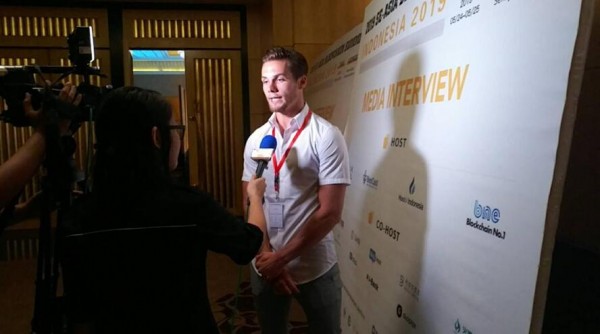 Stephan Clinton was interviewed by TVRI