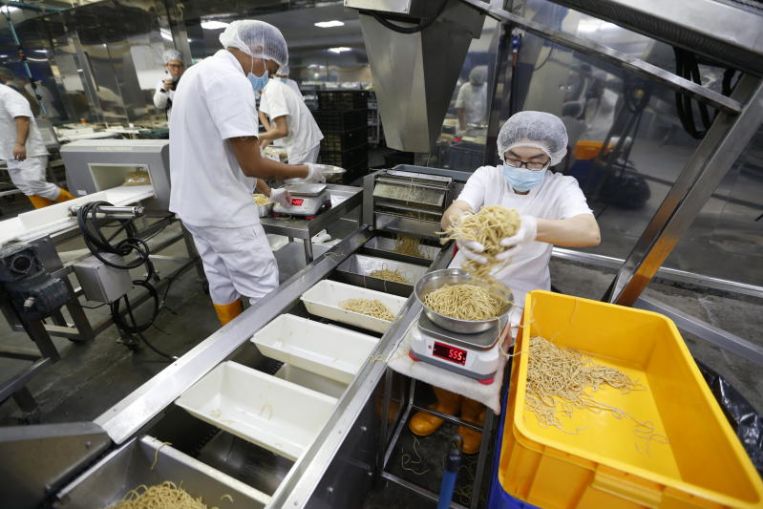 SINGAPORE – Thanks to the rising popularity of food delivery services and e-commerce, demand for food factories in Singapore is expected to stay healthy, even though the demand will likely lag behind supply in 2019-2020, said Tricia Song, head of research for Singapore at Colliers International.

Her comments on Wednesday (May 29) accompany the commercial real estate services provider’s research report tracking the performance of food factories in Singapore.

Colliers Research observed that delivery service providers had been solidifying their presence in the face of rising competition. Foodpanda opened its first central kitchen with a dine-in option in Woodlands Industrial Xchange in March 2018, one month before Deliveroo launched its second central kitchen in CT Hub 2, offering a pick-up option.

Also driving demand for food factories will be food and beverage (F&B) operators looking to streamline their retail spaces, and the government’s push for greater productivity and innovation in Singapore’s food industry, Ms Song noted.

“In addition, some owners of factories within or in close proximity to designated food zones are considering converting their properties into food factories,” she said.

The research showed that demand for food factories nearer to the city centre continued to be strong, with mature food manufacturing areas such as MacPherson, Pandan Loop and Bedok North maintaining occupancy of between 80 and 100 per cent.

In contrast, such properties in newer and farther locations including Tuas and Senoko tended to have much lower occupancy rates of around 60 per cent.

Rents and prices of food factories will likely remain largely stable over the next three to five years, given the robust supply coming on-stream, Colliers said.

The largest upcoming project, JTC Bedok Food City, with a total gross floor area of over one million sq ft, is slated for completion in early 2020.

This supply influx will be located mainly in the north, east and west regions of Singapore.

Due to the time sensitivity for food catering and delivery services, central kitchens located near the Central Business District area or residential neighbourhoods command higher rents and prices than average, Colliers said.

Said Dominic Peters, senior director of industrial services at Colliers International: “There are a few bright spots in the industrial property market, with food factories being one of them.”

“We recommend occupiers be mindful of the regulations and keep an open mind to facilities further from the city centre in view of rent savings; and operators to continuously upgrade their facilities to remain competitive,” he said.

Food factories are dedicated facilities where food is stored, processed, cooked and packaged for delivery to F&B establishments or retail customers. According to Colliers Research, the majority of these properties in Singapore are located in the north and west regions. Their unit sizes range from 3,000-5,500 sq ft in older premises to 10,000-40,000 sq ft in new buildings.