Mike Hollinger of Dentons discusses the exciting Canadian fintech landscape and where the sector could be headed.

Mike Hollinger, corporate lawyer and partner at Dentons, has 10 years of experience in venture capital and the tech sector acting as a mergers and acquisitions advisor and representative.

Serving as Dentons’ lead in Toronto for venture technology practice, Hollinger received an award from Chambers Fintech as a notable practitioner within this area in 2019. 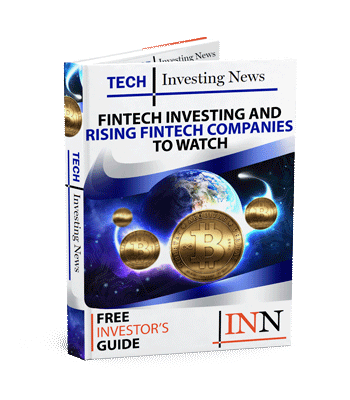 In Hollinger’s work with early stage startups and the financing side of the business, he has noticed a number of elements that are central to the success and strength of Canada’s fintech ecosystem.

The Investing News Network (INN) spoke with Hollinger at the Collision Conference in Toronto to learn more about transformative partnerships between startups and major financial institutions, and the significance of further scaling these companies internationally.

Below is a transcript of the interview. It has been edited for clarity and brevity.

INN: Can you tell us about how you got into the fintech and venture capital scenes?

MH: I am a corporate lawyer, and I’ve been doing this for 15 years, and 10 years ago I started meeting companies led by great entrepreneurs. Some of them were in fintech and some were in other sectors, and I followed great clients to do the things they were doing.

MH: Thank you, it’s been an exciting run and it’s much more exciting today. You can see by walking the conference floor here how many strategics are looking at the startup market to spike their growth and to be a source of innovation, cultural shift, technology and to recruit great talent.

INN: Fintech is a fast-paced and growing industry. How does the Canadian fintech space, in your mind, stack up against the US?

MH: It’s different in a number of ways. For one, we have banks that are incredibly large companies and are fairly concentrated in this ecosystem in a way that the US market doesn’t have. Banks and other financial institutions (FIs) represent a big part of Canada’s largest and most successful companies, and also most global companies, and that’s a market dynamic that the US doesn’t have.

As a result, we both have a kind of partnership and collaboration between large FIs and early stage startups that is transformative from the largest companies to really the smallest and earliest that doesn’t exist in other ways.

We have a very stable banking system that was hugely important 12 years ago during some of the challenges that the other banking markets suffered. But market access can be more difficult for Canadian startups, and the Canadian investment sector has tended to be a lot less aggressive than its US counterpart. There’s a great opportunity here, but also challenges on the way. So in terms of where this goes, the biggest single source of opportunities to find is collaboration between large FIs and early or later-stage startups.

But some of this is happening. There was an announcement a little while ago by a consortium of banks and SecureKey, a Toronto-based identity company, to produce its federated identity product and bring it to market. And that’s an interesting example of how technology companies that are privately owned can help to build together with the FIs in this ecosystem.

INN: Ontario is the largest fintech hub in Canada. What other areas in Canada do you see becoming leaders in the fintech space in this country and why?

MH: Montreal has produced not necessarily fintech directly, but artificial intelligence (AI) elements that are mapping into fintech with leadership in AI and machine learning, and there have been some really interesting and aggressive fintech companies to come out of Vancouver.

INN: Because of all of our mobile banks and mobile banking, fewer people are going to banks now, physically. What do banks need to do differently to keep up with the fintech boom?

MH: It’s an interesting question as to what the retail presence of banks is really intended for. It sort of embeds into a larger question of where banks sit as far as energizing and mobilizing communities above and beyond retail banking being the place where people took money out, got mortgages and so on. It was also a community hub.

There is some element of retail banking that is not different than what happens to retail, and those conversations are happening together. And I think that part of the way that they become really relevant is to re-inject themselves into the lives of their consumers.

And even here on the floor I’ve heard people talking about ways that they can use bank presence to offer an increasing suite of value-added services by virtue of the fact that right now, most Canadians actually bank with banks or credit unions. And as a result, they are embedded into the financial lives of Canadians in a way that no one else is. And that whole position is actually fairly slow to change. If the banks innovate, and add value-added services, either their own or using themselves as a channel, I think that is the number one way that they’re really pushing forward to embed with Canadians.

INN: And they are all here; they are trying.

MH: They are all here. They are all trying. Many of them are investing. Some along strategic lines, some along purely financial lines and some have put in a huge effort to innovate from within.

INN: It’s hard to not bring up fintech and blockchain together, and you now just mentioned AI. What are some of the other disruptions that fintech is working with?

MH: Well, I think it’s interesting to ask that right now with the changes to the crypto markets in the last little bit. I think that crypto is becoming more accepted within bank circles. For example, banks that were opposed to it two years ago saying it was a sham have opened their own coins in the aftermath.

In terms of other technology, I think that identity is a really interesting one, the one that I mentioned earlier, using banks as a source of trust in facilitating transactions by Canadians.

INN: And the banking institutions do have that sense of trust. There was skepticism surrounding bitcoin, but Royal Bank (TSX:RY), for example, has a longstanding trust with consumers.

MH: Yeah, interesting. I wonder how Royal Bank feels about being mentioned together with bitcoin. But, absolutely, the banks have a lot of trust built up, especially with certain segments of the Canadian population. I think the question is what do they do to establish trust and to make their brands relevant to millennials and younger Canadians who are building up their own asset base.

INN: Right. And I think that’s the real issue. Is there anything in particular that excites you about the Canadian fintech space this year and into the future?

I would love to see a few more of our more established startups and scale-ups succeed internationally.

INN: Is there a specific market overseas you think that Canadians should look to?

MH: Overseas, not necessarily. I think many Asian markets are really interesting. The big market to the south is the one that I think is the most interesting.

Don’t forget to follow us @INN_Technology for real-time news updates!

Securities Disclosure: I, Dorothy Neufeld, hold no direct investment interest in any company mentioned in this article.