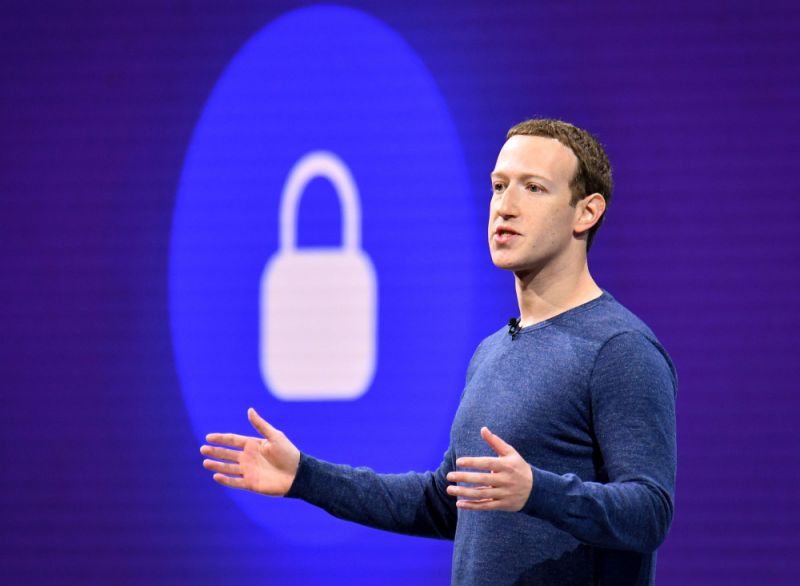 View photos
Facebook is much closer to debuting its cryptocurrency than expected and reportedly has plans for nodes, an ATM, and employee pay. | Source: Photo by JOSH EDELSON / AFP

By CCN: Facebook is further along with its cryptocurrency than it has let on. It turns out the digital currency is much closer to its debut than expected. The social media behemoth plans to debut its new stablecoin, seemingly GlobalCoin which will reportedly be backed by a basket of fiat currencies, this month, according to CNBC citing The Information. Not only that, but there’s reportedly a crypto ATM and employee compensation involved that had never been leaked before. Facebook is also planning to attach a hefty $10 million fee to partners of a new Foundation who are looking to run nodes for GlobalCoin.

In fact, the coin is so far along that Facebook employees will be given the option to be compensated in GlobalCoin. What could go wrong? Not only has Facebook suffered a series of privacy setbacks but Mark Zuckerberg is a blockchain novice. Fortunately, he’s been consulting with and has built a team around him of more seasoned crypto professionals, not the least of whom is David Marcus, a PayPal alum, who has been “exploring blockchain”-related initiatives since last year.

To be taken seriously in the crypto ecosystem, Mark Zuckerberg was tasked with proving that GlobalCoin, unlike the company, would be decentralized. That is a Herculean task considering the control that the company wields over user data. They have reportedly been engaging with industry leaders ranging from venture capitalist and bitcoin bull Tim Draper to – shockingly – the Winklevoss twins for advice.

Zuckerberg is reportedly looking to partners of a new Foundation to validate transactions on the blockchain, relationships that the company has begun to secure. Bitcoin reportedly has 9,000 full nodes confirming transactions on the network. The Independent reports that Facebook is in talks with thousands of potential Foundation partners that would serve as nodes on the network including banks and technology plays. 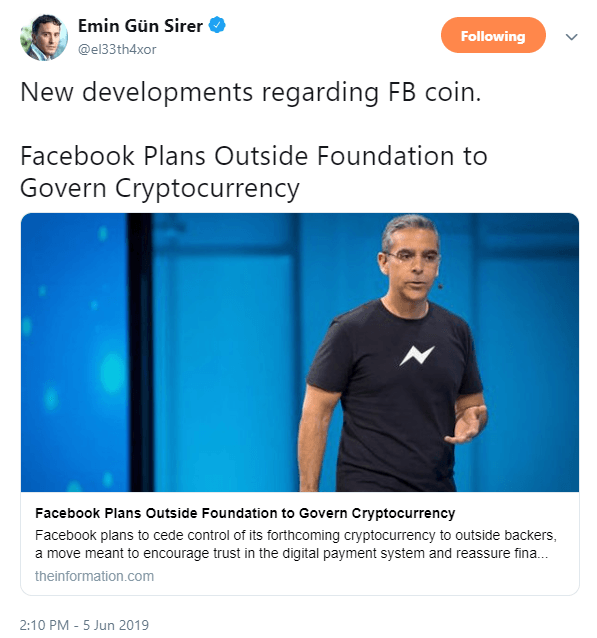 Crypto Twitter wasn’t fooled by Facebook’s independent foundation. Some of the responses include: