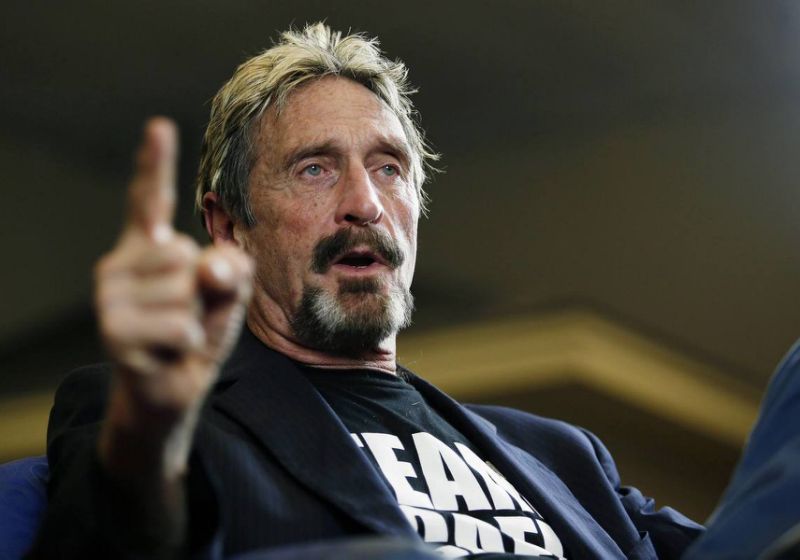 John McAfee is railing against Facebook’s Libra coin, likening its

In his relentless crusade to get the altcoin markets roaring, John McAfee is once again backing privacy coins on Twitter. McAfee’s bullish argument centers around his hatred for Facebook’s Libra coin, which he believes is the antithesis of his love of privacy and personal freedom.

Libra is a grotesque distortion of the original intent of Cryptocurrency – economic freedom. It’s a sly implementation of  digital identity – our Tracking Number. “Digital identity is a prerequisite” says FB. No! The $7 billion anonymous Privacy coin market belies it. WTFU folks!

Mark Zuckerberg’s Facebook is widely criticized for abusing the private information of its users. Thus, it is a natural enemy for a libertarian like McAfee. Facebook diving into the freedom-obsessed world of cryptocurrency is sacrilegious for the bitcoin bull now holed up in Cuba.

Looking at the text of the tweet, this is a remarkably convincing response to Libra’s purpose. Cryptocurrency was forged mainly in the fires of governmental distrust. By not decentralizing its coin, Facebook is arguably corrupting its fundamental purpose.

Privacy coins might be McAfee’s favorite, but they face precisely the hurdles that Libra has been engineered to avoid. The government is unlikely to ever fully sign off on a medium of exchange that is entirely untraceable. Facebook has got both eyes firmly on ensuring minimal regulatory issues down the road. It’s an artificial fruit designed to look and taste like the real thing with all the nutritious aspects removed.

Is Libra Even a Cryptocurrency?