Shanghai (Gasgoo)- China’s Ministry of Industry and Information Technology (MIIT) issued on July 9 the amendments to the Measures for the Parallel Administration of the Average Fuel Consumption and New Energy Vehicle Credits of Passenger Vehicle Enterprises (hereinafter referred to as the Measures or Dual Credit Policy for NEVs), which was issued in September 2017, and is soliciting public opinion on the amendments by August 9, 2019. 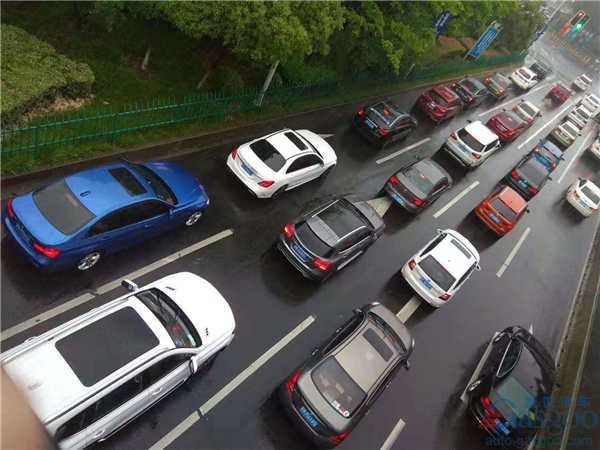 The authority said the launching and implementation of the Measures has been playing a significant role in prompting the automobile industry to elevate energy-saving technologies and boosting the development of NEV industry.

The expected effects for the Dual Credit Policy has been basically achieved, said the MIIT. In 2018, full-year sales of new energy passenger vehicles in China reached 1.028 million units, the fourth year in a row ranking 1st in the world. Besides, industrial average fuel consumption for the year of 2018 was 5.8L/100km, down by 10% over the number for 2016.

For the purpose of the Measures, traditional energy PVs means PVs (including non-plug-in hybrid PVs) that may be fueled with gasoline, diesel or gas fuel, except new energy PVs.

According to the Amendments, the PVs that can be powered by alcohol ether fuel are added into the applicable scope.

The requirements for the credit ratios of new energy vehicles for 2024 and the future years shall be separately announced by the MIIT.

Some adjustments should be conducted to help enterprises further improve the energy-saving level of traditional PVs and offer companies more legal flexibility.

The first is to form the correlation between company’s energy-saving level over traditional energy-powered PVs and the carry-forward of NEV credit surplus.

The Amendments said the NEV credit surplus incurred in 2019 and after that can be carried forward for no more than three years in accordance with the following rules:

1) The NEV credit surplus churned out in 2019 can be carried forward for one year in equivalent.

2) The NEV credit surplus available for 2020 can be carried forward at a ratio of 50% each time.

In addition, the NEV surplus created by enterprises which only produce or import NEVs can be carried forward at a ratio of 50% as well.

The second is to reduce the base number on calculation of the up-to-standard NEV credits for low-fuel-consumption PVs.

Apart from guiding an overall decline on companies’ fuel consumption over conventional energy PVs, the Amendments also encourages carmakers to research and develop low-fuel-consumption vehicles with a slightly reduced requirement for the amount of EVs they must churn out.

Under the revised provisions, when calculating the target value of PV manufacturers’ NEV credits, the production outputs or the import volume for low-fuel-consumption PVs shall be calculated at a 20% discount.

The Amendments further loosen the requirement for small-scale enterprises on up-to-standard average fuel consumption credits on the basis of what is required by the Evaluation Methods and Indicators for the Fuel Consumption of Passenger Vehicles.

“For domestic PV manufacturers whose output in an accounting year is not more than 2,000 units and which maintain independent production, research and development and business operation, and imported passenger vehicle suppliers that import vehicles not more than 2,000 units and are authorized by overseas passenger vehicle manufacturers, the up-to-standard requirements for their average fuel consumption credits shall be relaxed according to the following provisions:

All Rights Reserved. Do not reproduce, copy and use the editorial content without permission. Contact us: [email protected]