Facebook and Instagram on Monday blocked the social media accounts of two Italian neo-fascist groups and some of their activists because they had violated the platforms’ policies against spreading hate, Facebook said.

Casapound and Forza Nuova, which espouse extreme right-wing ideologies, have boosted their profile in Italy by leading anti-migrant campaigns on their social media sites. 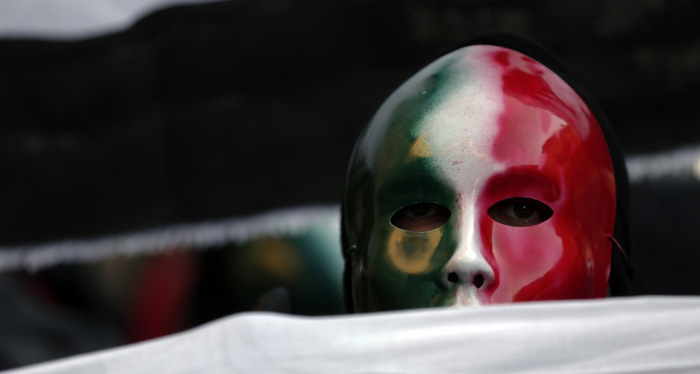 A member of the Casapound far-right organization wears a mask in the colors of the Italian flag before a demonstration organized by “People from pitchfork movement” to protest against economic insecurity and the government in Rome on Dec. 18, 2013. /Reuters

Casapound leader Simone Di Stefano denounced the decision. “This is an abuse by a private multinational in contempt of Italian law. A spit in the face of democracy,” he wrote in a tweet. Casapound had 250,000 followers on Facebook. Di Stefano said his personal profile, which had 140,000 followers, had been shuttered along with those of a number of city councilors around Italy who belong to the group.

Forza Nuova leader Roberto Fiore confirmed his movement’s profiles had also gone dark, and said his group would respond with more street protests and recruitment. The groups’ political opponents applauded the move. “This is another step towards the end of an organized season of hatred on social networks,” said former lower house speaker and left-wing lawmaker Laura Boldrini.

On Monday, Casapound and Forza Nuova supporters took part in a protest outside parliament to demand snap elections after the center-left Democratic Party replaced the far-right League in a coalition with the anti-establishment 5-Star Movement. Some of those in the crowd were filmed making the stiff-armed fascist salute.