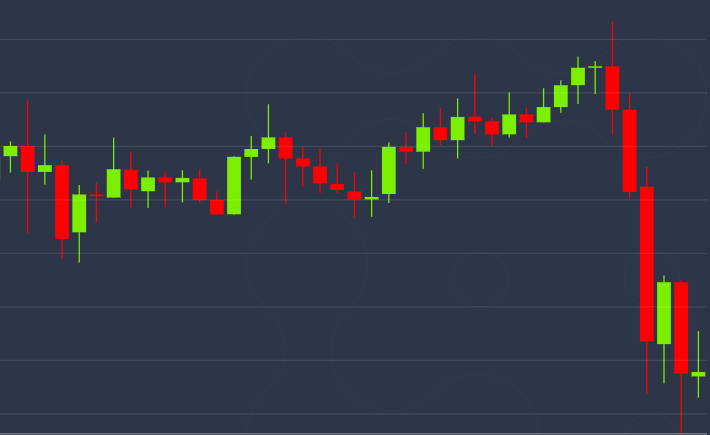 Bitcoin could be staring deeper losses, having faced rejection at key price hurdle on Thursday.

The top cryptocurrency by market value was seeing bids around $10,400 during the Asian trading hours. Buying interest weakened after the cryptocurrency failed to stay above Wednesday’s high of $10,500 and prices fell sharply to $10,077 around 08:30 UTC.

Bitcoin is currently trading near $10,200, representing a 1 percent drop on a 24-hour basis, according to CoinDesk’s Bitcoin Price Index.

Related: Here’s How to Inspect Bitcoin’s Next (Likely) Major Upgrade Yourself

Overall, the trend remains bullish, with prices still up 42 percent on a year-to-date basis and trading well above the 200-day average at $8,867. However, the $400 drop seen earlier is suggestive of buyer exhaustion, as it was preceded by repeated failure at $10,500 and accompanied by an overbought reading on the money flow index.

As aresult, deeper correction to levels below $10,000 cannot be ruled out.

Alongside that, the RSI has produced a lower-highs pattern over the last three days, contradicting the higher highs on price, a bearish divergence that often precedes notable corrections.

Bitcoin charted multiple four-hour candles with long upper wicks in the last 24 hours, indicating bull fatigue in the range of $10,400-$10,500.

The downward move seen at press time has confirmed the weakening of bull momentum and shifted risk in favor of a slide to the ascending trendline support, currently located near $9,900. That level is also housing the ascending 50-candle moving average.

Supporting the case for a correction is the lower highs (negative divergence) on the relative strength index. Additionally, the MACD histogram is about to cross below 50 in favor of the bears.

If the ascending trendline support caves in, a further decline toward $9,706 could be seen. That level is crucial as it marks the low of a major bullish engulfing candle created Feb. 11.

The bulls would breathe a sigh of relief if the trendline support holds and, if so, would likely mount another charge on $10,500. The overall trend will remain bullish as long as prices are holding ground above $9,075 (Feb. 4 low) keeping the higher-lows setup intact.

Disclosure: The author holds no cryptocurrency at the time of writing