The momentum play in the markets is slowing down as they enter into “consolidation.”

If we look at the stock market, the Dow Jones Industrial Average is at 27,900, while S&P 500 is around 3,357, down 6.2% from the all-time high hit on Sept. 2nd. Meanwhile, the tech-heavy Nasdaq Composite has dropped 9.5% from its peak as tech stocks get sold off. Trader and economist Alex Kruger noted,


“The market throwing a Powell tantrum since yesterday’s close, as the Fed did not deliver details on its framework review, did not ease any further, (or) upgraded the economic outlook.”

“Ironically, this seemingly was the consensus for the FOMC – market participants disagreed.”

While jobless claims still remain high, the USD Index has been stuck under 93 after the Fed announced it would keep the rates unchanged and let the inflation run higher.

For the markets to rally hard, they need some kind of trigger or “extremely oversold condition,” both of which aren’t available right now.

Holding the Bulls Back

When it comes to the crypto market, Bitcoin today breached $11,000 yet again after chilling just under this level with a ‘real’ volume just around $1.3 billion.

Is $BTC tryna flip prior resistance into support? 👀🤔 pic.twitter.com/r29fuxw8Oo

“On the BTC side, funding favors longs at the moment. Macro monkeys holding the bull back,” said Kruger. 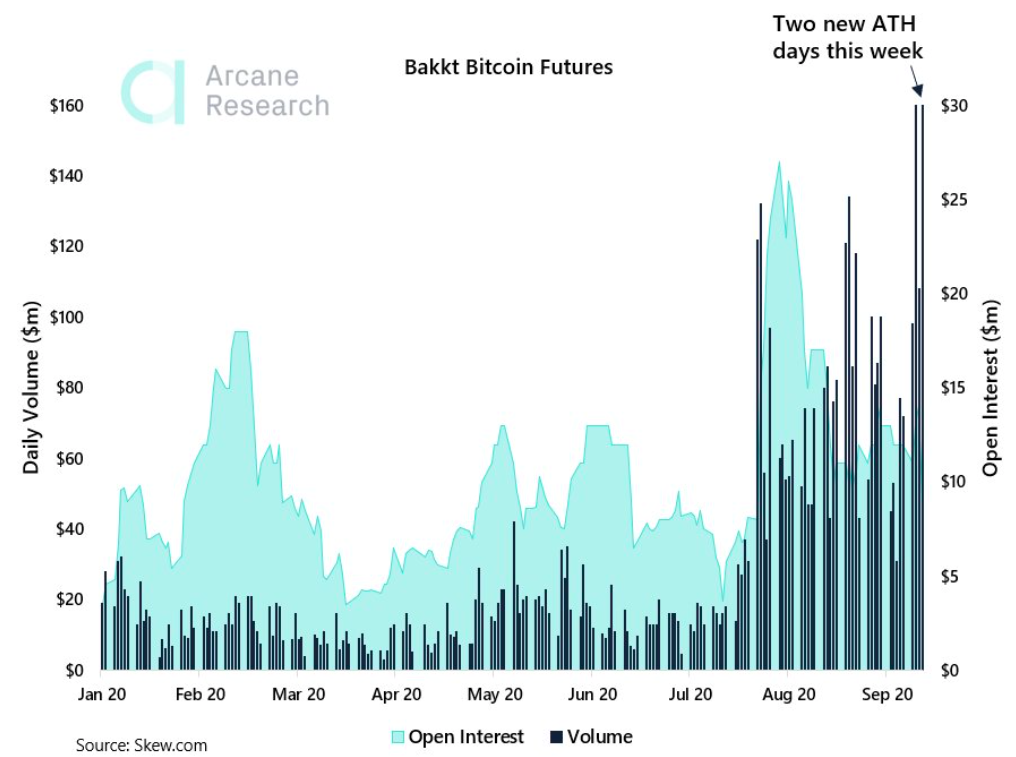 However, not everything is as good for BTC. Despite the price appreciation, OKEx’s bitcoin futures saw “record long/short ratio lows,” at 0.7, which indicates a lack of confidence in a further move up. Denis Vinokourov of Bequant noted,

“There was a distinct lack of leverage flow, and Bitcoin’s futures curve remained rather flat.”

According to him, the potential scenario is that “Bitcoin’s contango term structure may come to an end if enough native flow moves to use Bitcoin’s as the source of liquidity in their attempt to find alpha in DeFi + DEX trading environments,” — over $1 billion worth of BTC has been tokenized on Ethereum so far.

It has been “very characteristic for previous bull markets, and historically a good buying opportunity,” observed Glassnode’s CTO Rafael Schultze-Kraft. 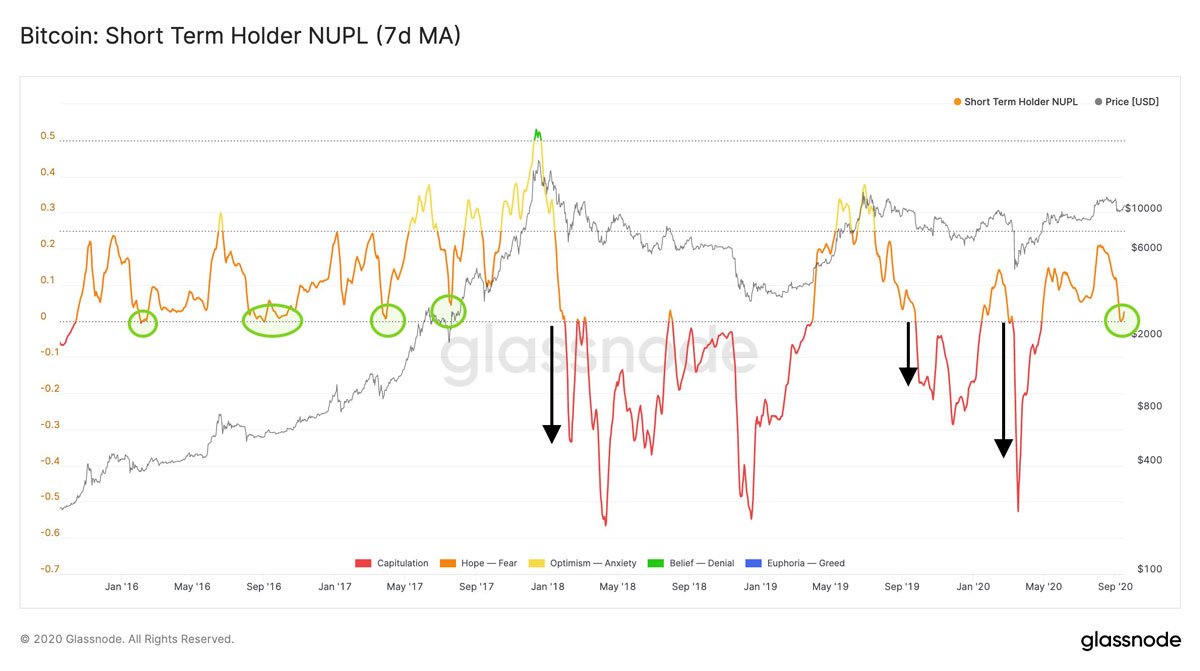 As bitcoin takes a rest, altcoins are using this opportunity to pump. Ether jumped to as high as $393 today, thanks to all the craziness around Uniswap’s UNI token launch.

The governance token of the popular DEX was launched just two days back and airdropped the tokens to the early adopters, which pushed the price of Ether up and the gas price to record high on the second largest network.

“I’m heavily long ETH since the Uniswap news,” said Kruger. Even UNI token (+32%) itself is enjoying an uptrend, hitting an ATH at $4.62.